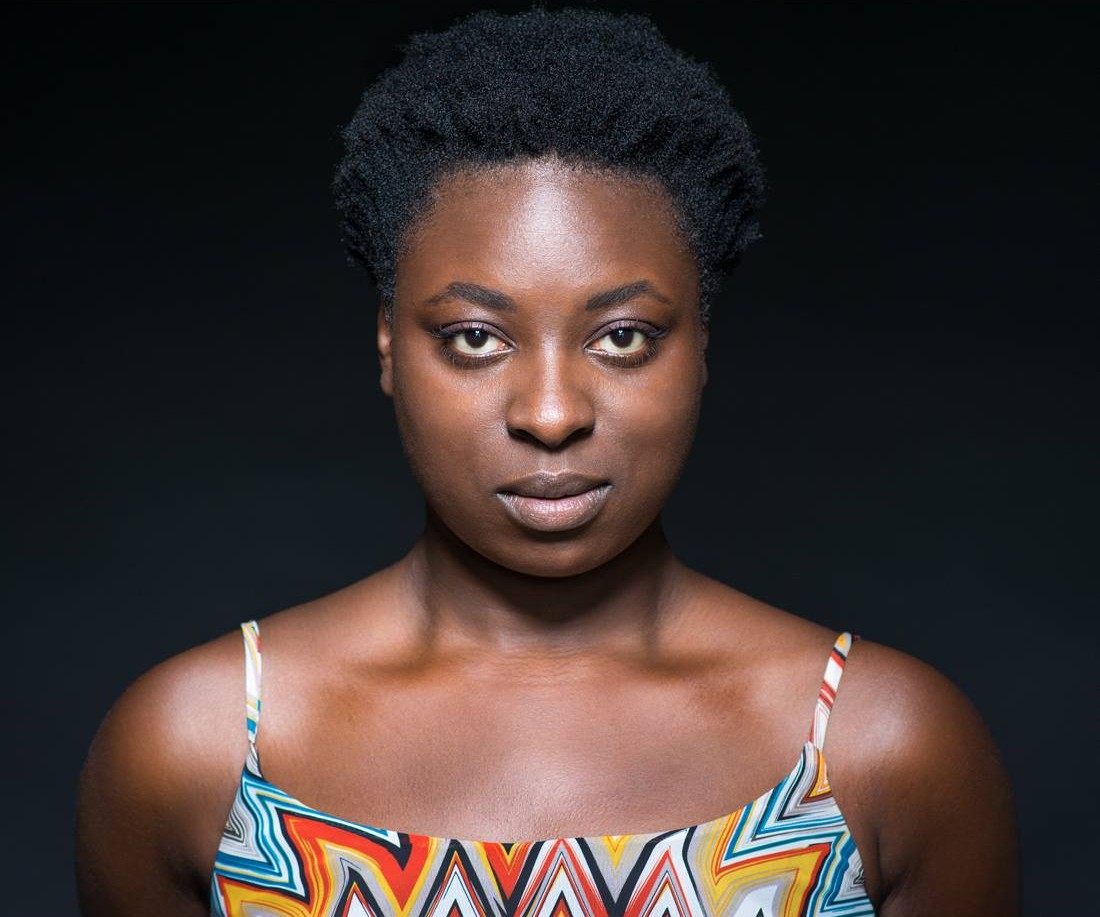 The dynamic and empathetic Khadijah Roberts-Abdullah was one of the biggest breakout stars of 2015, delivering show-stealing turns in two of the most-nominated productions of the year- Unit 102’s brilliant heavenly courtroom drama (Outstanding Supporting Actress, The Last Days of Judas Iscariot) and the brazen centrepiece of The Theatre Centre’s November Ticket (Outstanding Actress, We Are Proud to Present…).

Can you remember your first experience with theatre?
My first experiences with theatre were pretty typical. I took every opportunity to get in front of a crowd throughout elementary and secondary school. I’m pretty sure I was in a school play every year from fifth grade on. The highest points of my public school career would’ve been when I got to play Sheila in A Chorus Line and Rizzo in Grease.

Do you have any dream projects?
I want to play Titania so badly, but I want her to be from the Bronx during the 1970’s and I want Oberon to be her two timing, but still super fly, ex Mac Daddy that she ain’t got no time for.

Which directors, writers and actors have had a major influence on you throughout your career?
I am so blessed to have worked with or simply know as many inspiring and beautiful people from so many facets of this industry that have helped make me a better artist. My best friend, Kristina Abbondanza is the most nurturing and bad-ass stage manager I’ve ever worked with and is also one of the co-founders of Go Play Producing. I’ve had the pleasure of witnessing the voracity that fuels her as a producer paired with the responsibility and the care with which she encourages the development of every project that she works on. Watching Kat Sandler‘s work has taught me that there are no excuses, ever, to not get shit done. That woman puts in work. Ravi Jain held a magnifying glass to my responsibilities as an actor and showed me how inescapable they are, even in those moments that I want to quit my job and crawl under a blanket with a tub of peanut butter. Joshua Browne has shown me what it means to be a critical thinker, to not shy away from asking those difficult questions, to be honest when expressing my own thoughts especially when it come to the integrity of my work. He has also been the core of my support system, helping to keep my head on straight when things seem like they’re getting out of control. I could go on forever, seriously forever about how wonderful my friends and colleagues are, because there are so many superstars out there, but I think you get it.

What’s your favourite production you’ve ever worked on?
I got to play Othello in a gender swapped production that was put on by Go Play Producing a few years back. Taking all of the scary feelings and emotions that that character is dealing with and putting them in a woman’s body and vice versa for Desdemona was a pleasure not only as a woman but as someone who has always taken issue with the way that gender roles are enforced on us all. I also met Erin Eldershaw on that production and she’s the bee’s knees, so double win!

How did you get involved with We Are Proud to Present…
My lovely agent got me an audition, and, well, you know how those work.

It was a play about theatre artists trying to fairly and accurately tell a racially charged story. As theatre artists trying to fairly and accurately tell a racially charged story, what were some of the biggest struggles that came up in the rehearsal room?
It was gut wrenching to recognize how the dynamics in the play were being paralleled by the dynamics in our rehearsal room. We came to realize at one point that the common issue of white voices taking the forceful lead in conversations was something that was happening right under our noses. Often times, I find myself as the only black woman or POC in a room, so when that sort of thing has happened in the past I used to just let it slide, but at this point in my life I’m trying to be more unabashed and take ownership of my space and voice more often. Particularly, during rehearsals for We Are Proud… I would sometimes look across the space to find a familiar and uncomfortable feeling on the faces of the other black actors and that would just amplify my own feelings. That paired with the injustices playing out in the fictitious rehearsal room forced us to not only recognize this issue, but to take action against it.

You played the leader of the group, responsible for facilitating and perpetuating the conversation. In a Canadian theatre landscape where we’re still seeing many people hesitant to have a real conversation about race (ie: the recent drama around the Canadian Stage season announcement), how do you think we can keep the lines of communication open and work towards improving representation on our stages?
It frustrates me to no end that somehow this has become more difficult in practice than it needs to be. There are enough socially aware and well intended members of our local community who have something to say about the lack of cultural diversity in the work that’s being produced, but not enough people are actively doing something about it. Of course, it’s starting to happen, but certainly not enough in my opinion. One of the most memorable moments of the entire We Are Proud… experience for me was during a talk back when Alex Dault asked how he, as a white-male-creative could avoid committing some of the blind offenses that the characters in that play do. My answer is simple; the telling of any number of stories that do not apply to the creator’s own particular cultural/social/sexual/generational experiences or background can absolutely be done by including those who do bare ownership of the story in it’s development and execution. Beyond that, we can also be doing more to include POC in stories that aren’t specifically about race. I love my history, and of course want to be included in the telling of stories that are about me and my people, but I also want to tell contemporary stories about human beings and the ways that we interact in a context that goes beyond our cultural differences. That’s part of the reason I was so excited about working on Contempt. Beyond my three year itch to work with Brandon Crone, I was thrilled to be telling a story about four ‘normal’ people, three of which happened to be Black, and how they existed in relation to one another without anything about our Blackness ever being mentioned.

What’s your next project?
I’m about to go into rehearsals with Circlesnake on a production about the life of John Dee, who was a whacky-ass astronomer/astrologer/mathematician and so much more at a time when all of those professions were still thought of as witchcraft. He was also an advisor to Queen Elizabeth, so you know that means there will be some puffy sleeves involved at some point.