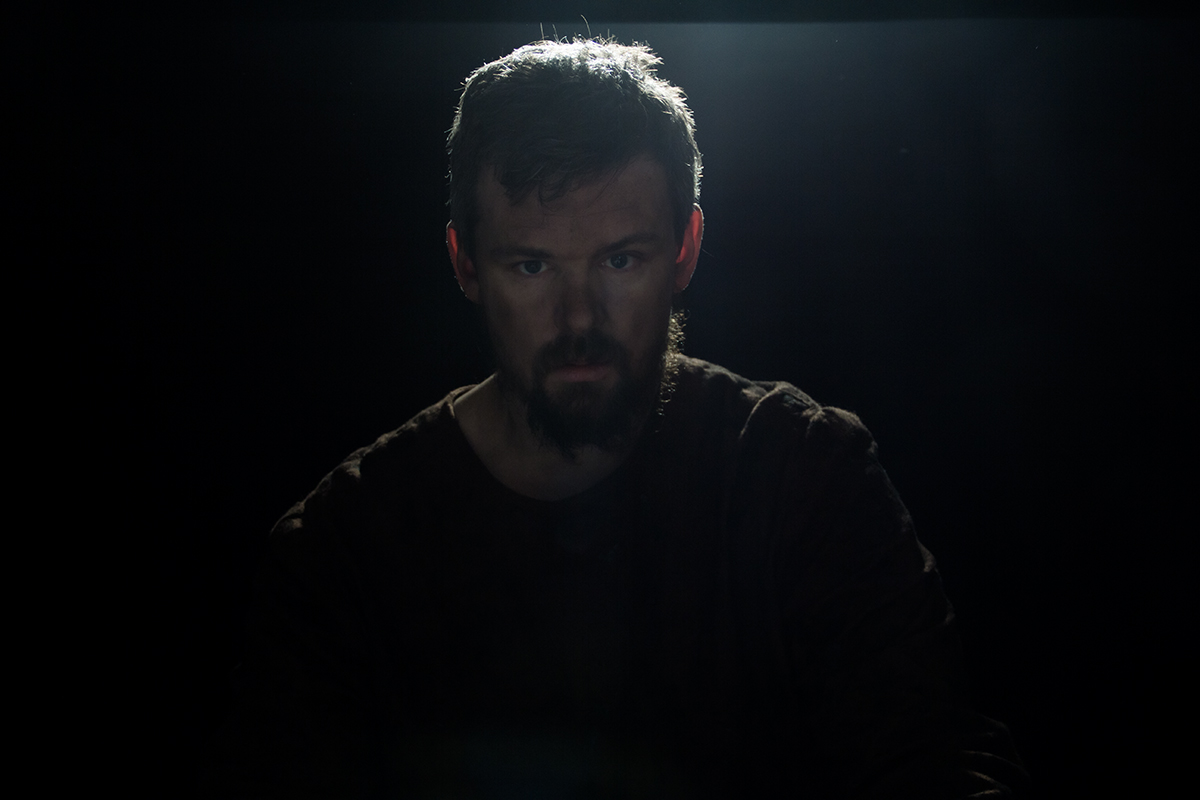 Playwright Stephen Adly Guirgis’ bold dismantling of the betrayal of Jesus envisions a purgatorial world known as “Hope” where even the most easily damnable deserve consideration and possibly even salvation. It’s a hugely ambitious play with a massive cast of characters- gods and saints and devils, icons and angels and people- an anachronistic allegory that blends religious imagery with sex jokes and contemporary cultural shoutouts, a complex emotional plea to our buried merciful instincts, an intellectual re-examination of a case long considered closed, a direct challenge to the religiously single-minded and hypocritically righteous. It’s one of the riskiest and most demanding texts in the modern theatrical canon, which makes the across-the-board excellence of Unit 102 Actor’s Company’s current production a marvel of achievement for any company let alone a small, independent one where at a Thursday night performance the cast may outnumber the audience.

Though it takes the occasional non-linear sojourn, The Last Days of Judas Iscariot generally plays out through the all-too-familiar proceedings of a court case, an appeal of Judas’ damnation made possible through the “nagging” of an inspiringly abrasive St. Monica (Khadijah Abdullah, blending selfless sincerity and boisterous pride to superb effect). Witnesses include Caiaphas the Elder and Simon the Zealot whose actors double as the Judge and Bailiff (Scott Walker and Craig Henderson, respectively), Judas’ mother Henrietta (Jill Niedoba) provides context for humanizing flashbacks of her son’s imagined childhood, we hear monologued testimony from St. Peter (Kyle Mac, all fury and regret), Mary Magdalene (Joanne Sarazen, all insight and mourning) and a particularly heartbreaking St. Matthew (Walker again in the most breathtaking of his three excellent performances).

Prosecuting attorney Yusef El-Fayoumy as played by the vibrant Omar Hady is a scene-chewing, rampantly misogynistic goofball, insulting Sigmund Freud and sucking up to Mother Theresa (both amusing witnesses, played by Cam Sedgwick and Liana Bdewi). In contrast, Nola Martin’s steely defence counsel Fabiana Aziza Cunningham thunders away at Pontius Pilate like a heavenly Danny Kaffee, matching Jamie Johnson’s dangerously powerful gaze without a single sign of weakness. The only witness able to shake her is Satan himself, played with enthralling cool by Brandon Thomas, dressed like a Wolf of Wall Street and armed with scotch and cocaine.

The trial concludes without warning and we learn of its outcome not through formal sentencing but from the unassuming jury foreman Butch Honeywell who offers a hand of friendship to the catatonic Judas (Mark Paci) in the form of a twelve-pack. Anthony Ulc’s captivating performance of this small, quiet scene is the perfect example of what makes Unit 102’s production so uniquely impressive. To this point in the nearly three-hour play, Ulc has had nearly nothing to do; Honeywell has only one real scene and, unlike many others, he isn’t double or triple cast. But, somehow, even with 15 roles to fill (many of which include up to three different characters), the company has found a way to deliver on every single moment, finding enough talent that an actor of Ulc’s calibre can spend the majority of the evening hanging out backstage. The Theatre Machine space is small but Adam Belanger has designed a practical and impressive set that provides everything the text calls for plus a little extra visual interest. The play is long and wordy but David Lafontaine’s direction is brisk and involving, never simplifying but never leaving the audience behind either, working in tandem with Michael Osuszek’s lights to keep focus within Guirgis’ expansive world.

It’s as though Lafontaine and his team have made two plus two equal five, succeeding artistically, emotionally and technically where they should have been overmatched by the demands of the text, doing with an IndieGoGo budget of 3 grand what many couldn’t have done with a far more reasonable 20. The excellent cast of 15 has only one equity actor, the theatre is so small the performers line up to use the same bathroom as the patrons, and the marketing resources don’t far exceed Twitter, but this play is big and bright beyond all reasonable expectations. Maybe St. Monica had their back.

The Last Days of Judas Iscariot plays Tues-Sat until May 30th at The Theatre Machine (Dufferin & Queen). Tickets are only $25 but the 19th is Pay What You Can.