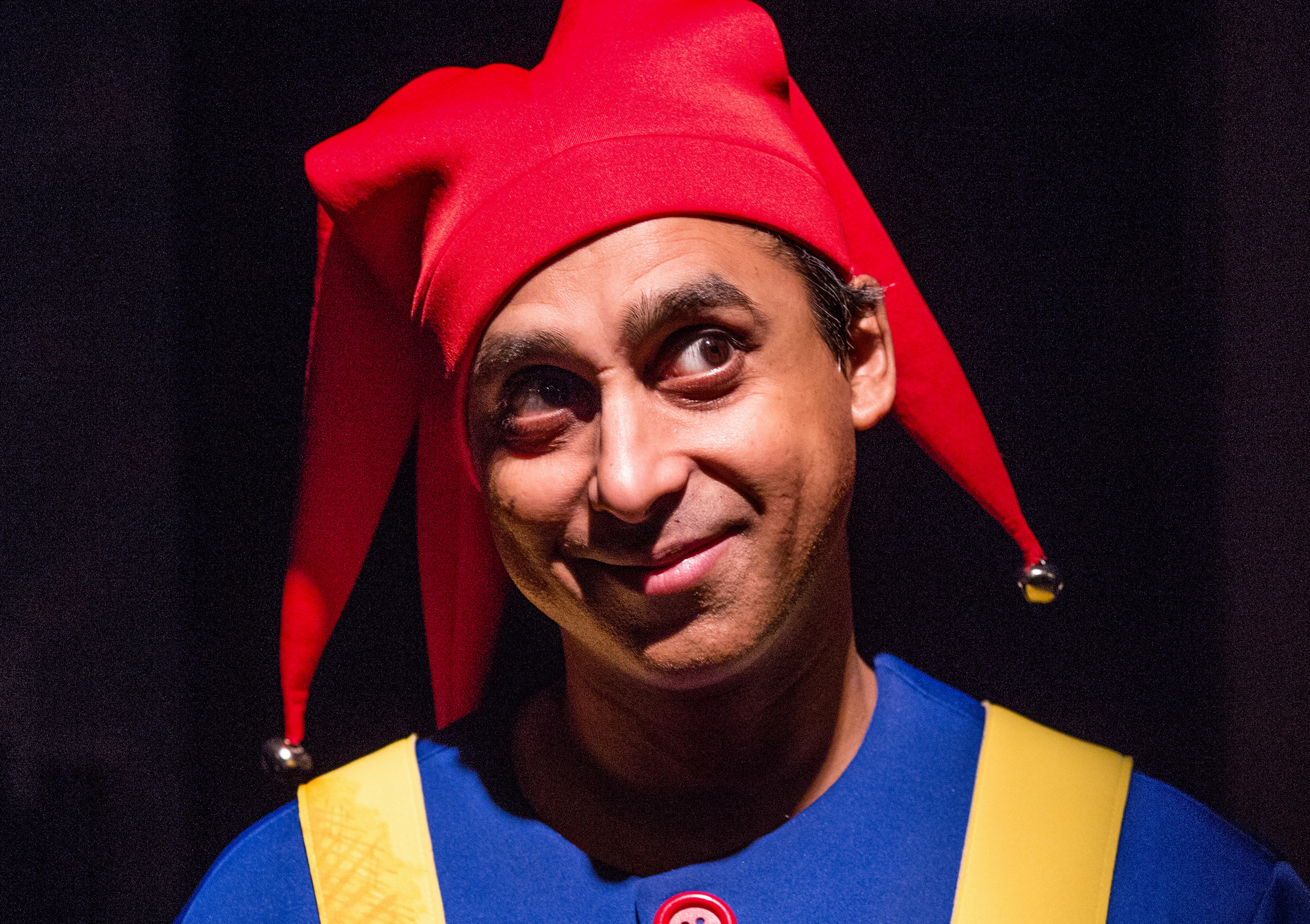 On Stage in TO: Winter Wonderland

Toronto Theatre is killing it so far in 2016. Here’s the lowdown on the latest, starting with the best.

Mustard (Tarragon Theatre)
The first non-indie offering from indie Toronto’s most prolific mainstay is a great introduction for the many unfortunate individuals who have managed to make it this far without seeing a Kat Sandler play. With an excellent cast (highlighted by a beautifully felt performance from Anand Rajaram in the title role as a teenage girl’s imaginary friend) and smartly physical, low-key direction by Ashlie Corcoran, Tarragon has done right by MyTheatre’s 2014 Performer of the Year, though I still might argue that this particular playwright’s work is most effective when she’s allowed to direct it herself (there’s a magical cohesion to a Sandler play that’s missing a bit when it’s transplanted out of her self-built Brouhaha world). Mustard isn’t Sandler’s best (my pick for that honour is Cockfight, though Sucker lives very close to my heart)- it’s a little thematically cramped and mythologically muddled- but it’s a return to wonderful, thoughtful form with all the signature Sandler word-play and comi-tragic consequence. This first step away from the fringes and the storefronts of indie theatre marks an interesting new phase for Sandler who has always shone bright without any of the time or money a company like Tarragon can back her up with. She’s as strong an ambassador as indie Toronto could ever hope for and, with Mustard drawing sellout crowds, I wouldn’t be surprised to see more mainstream Toronto theatres browsing the extensive Sandler catalogue (or commissioning new work) in the coming seasons.

Chelsea Hotel (The Firehall Arts Centre, presented by Theatre20 with Theatre Passe Muraille)
As a concert piece, Chelsea Hotel is absolutely wonderful. Marshall McMahen (set), Barbara Clayden (costumes) and Ted Roberts (lights)’s strong aesthetics and Steven Charles’ musical direction beautifully support this clever setting of Leonard Cohen’s greatest pieces of songwriting. The cast is second to none, all six multi-instrumentalists with excellent singing voices. Ben Elliott and creator/director/choreographer Tracey Power stand out in the ensemble and Jonathan Gould is perfect as the Cohen character, effortlessly capturing the casual sensuality and poeticism of the songwriter while fitting his smooth musical theatre voice into the gravelly legend and finding an intriguing folksy midway point. The trouble is that Chelsea Hotel doesn’t really work on a narrative level. It’s a brilliant theatrical presentation of the songs but there’s no real narrative throughline, just a vague suggestion of biographical inspiration. It’s not really a story, but it’s a beautiful experience.

Dalton & Company (Cart/Horse Theatre)
I read a great quote by David Fincher recently in which he advised screenwriters to “just make sure that in any argument, everyone is right”. This is what Paul Dunn does particularly well in Dalton & Company, his new one-act about sexual favouritism in academia (a fascinating counterpoint to Mamet’s Oleanna, which is also playing in Toronto right now). Marcel Stewart’s big grin and genuine enthusiasm save his arguably innocent character from the full extent of the audience’s wrath as, one by one, completely innocent but varyingly less good-natured characters blame him for their misery. Julia Course delivers a particularly great performance as a cloying, competitive, unforgiving woman who deserves far better than she gets and Andy Trithardt balances her excellently as the easy-going voice of reason and the final front of compassion that is heartbreaking to see fall. All of the performances have too much broad physicality in the early scenes but their exuberance falls perfectly into place as their emotional stakes get higher, making Dalton & Company a play that gets better as it goes along.

Taking Care of Baby (The Caretakers in association with Midnight Snack, Storm & Stress Co., Bad New Days and The Storefront Arts Initiative)
This true-crime tale based on a Casey Anthony-esque case plays like a mockumentary, a fictional tale told in the style of docutheatre. It’s an interesting concept, excellently acted by the brilliant likes of Astrid van Wieren and a particularly stirring Dylan Trowbridge, but it runs too long and, save a few moments of captivating honesty by the aforementioned standouts, the characters are too alienating to stand by for too long.