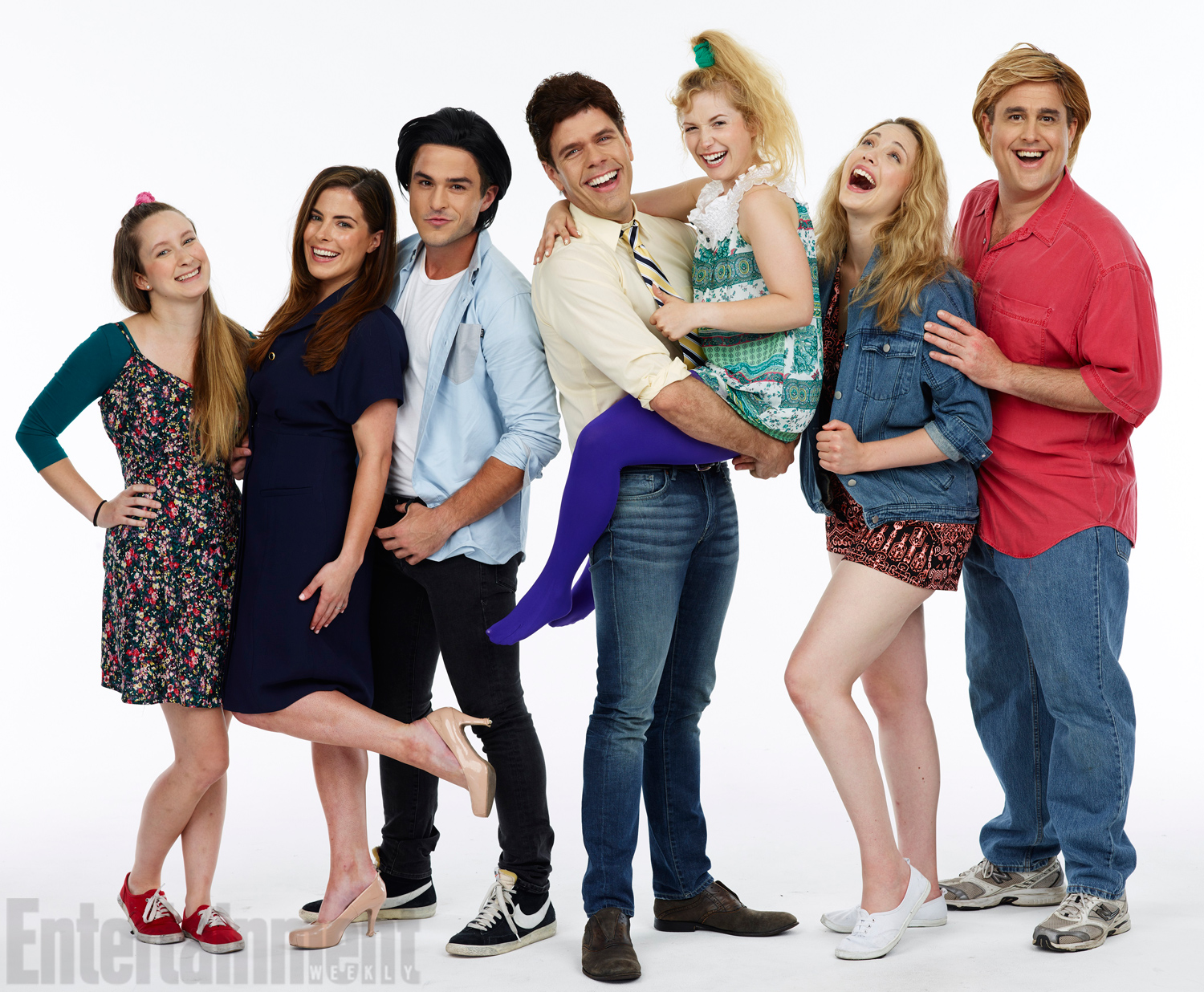 I’m drawing the line. The Toronto theatre community is big and getting bigger and the My Theatre staff is small (also getting bigger, but still small). It’s impossible to cover everything so, if we’ve given a particular company bad review after bad review, the only thing I can think to do is scratch them off our roster to make room for the hundreds of other artists worthy of coverage. Since we’ve stopped reviewing a lot of the commercial and tourism-based theatre in Toronto, we’ve been able to cover more improv, dance and theatre for young audiences- three categories in which we’ve never been as prolific as I’d like. With an eye to the many exciting things we might be able to fit into our review schedule in its place, I’m drawing the line on Starvox Entertainment and declaring the unfathomably terrible Full House The Musical the last show we’ll review from the low-brow, artistically unambitious, shamelessly commercial company.

90s nostalgia is an incredibly good bet right now with the reigning crop of taste-makers and culture-drivers finding great guilty pleasure in re-experiencing the culture of their childhood through their new adult eyes. Girl Meets World, TeenNick’s “90s Are All That” block, the Mighty Ducks 20th anniversary retrospective, the Backstreet Boys world tour (& documentary!), an Alan Menken renaissance– smart creators have been capitalizing successfully on our 90s obsession for years now and Netflix is about to take it a step further with a new series cleverly titled Fuller House featuring DJ Tanner in the Danny Tanner role with Kimmy Gibbler as Joey.

Full House was definitive for our generation and it’s incredibly fun to revisit something once so beloved, especially now that The Cosby Show has so tragically been wiped from our hearts. There was a way to do this, to make an irreverent but fond musical adaptation of something as mockable-but-adorable as Full House. Think of what Avenue Q did with Sesame Street– steal from it, pulverize it, and ultimately stand on its shoulders to tell a moving story about characters worth caring about with well-constructed musical numbers and a tiny bit of effort and innovation. Full House the Musical was never going to be Avenue Q, obviously, but there was no reason it had to be bad, and it certainly didn’t have to be This bad.

Writers Bob & Tobly McSmith could have put some thought into the jokes instead of leaning on the same old “your childhood icons are misbehaving!” trope and expecting an easy combination of shock-laughs from dull buzz words (such reliable gems as “cumdumpster” or even as simple as good ole “balls”) and recognition-laughs from catchphrases and classic plotlines (“Have Mercy”, Michelle loses her memory). The McSmiths could have attempted to construct even halfway catchy and/or interesting musical numbers using, I don’t know, creativity and artistry, or musical theory, or the actually-pretty-decent voices of most of the cast members, a dictionary perhaps?

And, no, my problem is not that the show is raunchy and broad (one of Avenue Q’s numbers is literally called “The Internet is for Porn” and it still works). Raunchy and broad probably was the best path for the stage adaptation of a squeaky clean show with some darkness behind the scenes (Jodie Sweetin became a meth addict; Bob Saget was, well, not Danny Tanner). No, my issue is laziness, waste (some of the cast- John Duff who plays Uncle Jesse in particular- is actually pretty great), complete lack of ambition. It’s not that Full House the Musical should be completely different than it is, it should just be far better than it is. Because nothing should ever be this bad.

So this is our official farewell to Starvox (at least for now). After a series of productions in a row marked by the exact same low standards, I just can no longer justify taking time and spilling ink on this company when so many others are doing so much more with so much less.