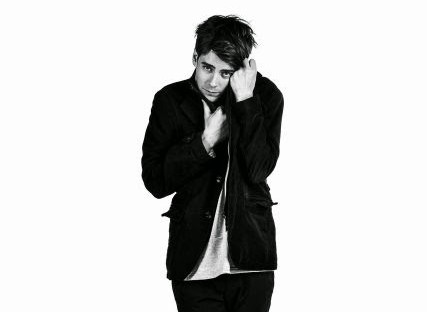 On Stage in TO: Big Stages

Tom at the Farm (Buddies in Bad Times)
This gorgeous and disturbing piece of personal theatre from Canadian playwright Michel Marc Bouchard is one of the first truly great productions I’ve seen this year. Making its English language debut through Linda Gaboriau’s poetic and honest translation, Tom at the Farm is staged with searing insight by the great Eda Holmes on a set that’s useful both practically and thematically (designed by Camellia Koo) with a sublime lighting design by Rebecca Picherack. A fantastic cast delivers standout moments across the board including biting comic relief from Christine Horne, Rosemary Dunsmore’s heartbreaking turn as a grieving mother grasping at religious straws for comfort, and the perfect pairing of two of Canada’s greatest Jeffs- Lillico and Irving- as the lover and brother, respectively, of an unseen car crash victim; the former an uneasy city boy unable to stop monologuing at his lost love, the latter a wounded tough guy who feels all things to a dangerous intensity. The sum of all these excellent parts is mesmerizing.

Needles & Opium (Canadian Stage)
I’m a magician’s worst nightmare; stunt and special effects guys likely don’t want me around either. I somehow always manage to sabotage my own viewing experience by looking for the trick, my eyes always scanning for the wires that hold Peter Pan aloft. But there is so much magic in this feverish Robert Lepage one-act that even I was a believer (even more incredible since Michael, who reviewed this show last time it was here, was fairly underwhelmed). More of a character portrait than a real story, Needles & Opium assembles three disparate storylines inside a rotating cube that morphs seamlessly into new locations without ever blacking out. A stirring performance from Marc Labrèche anchors the piece in reality even as he and the sole other performer (the silent Wellesley Robertson III) defy gravity and challenge perspective in their tiny evolving universe. A thrilling marriage of invention and execution.

Therefore Choose Life (Harold Green Jewish Theatre Company)
This new work from mother/son writing team Kathy Kacer and Jake Epstein is emotionally complicated enough to survive its pandering sense of humour though it’s not quite complicated enough to leave a lasting impact. In its World Premiere on the huge new stage at the Toronto Centre for the Arts, Therefore Choose Life is extremely well executed with a great cast (including favourites Sheila McCarthy and Amelia Sargisson) and a stunning star turn from Avery Saltzman as a Holocaust survivor faced with an impossible decision. Co-writer Epstein is himself a part of that great cast, leaning on his immense charm to humanize his weakest character (Sam, the self-involved son of Saltzman’s Joseph) thereby elevating his own text. But, despite Epstein’s charm, too much focus is given to the troublesome Sam in a story that should belong to his father.

Much Ado About Nothing (Tarragon Theatre)
I applaud the concept (or at least the concept of such a concept) but this Bollywood-inspired take on Shakespeare’s classic comedy has too many ideas and not enough laughs. Most of the characters have been renamed, often with seemingly no real purpose (“Benedick” is “Benedict” here, because apparently a modern day “Benedick” wouldn’t make sense?) and the clunky way their new titles are worked into the text is never not jarring (“CEO” and “Vice President” replace “Signor” and “Count”). There’s a whole host of different accents (Don John is Italian? Why is Don John Italian when no one else is Italian?) that I’m sure were chosen to illuminate the characters somehow but they are only useful once in the whole play (when the regal Kawa Ada does an impression of Ali Momen’s casual Ontarian cadence to prove he can convincingly pass himself off as Darius). The Hindi translations are great (Elora Patnaik’s all-Hindi performance also adds a cool dimension to the usually boring Antonio role) and I enjoyed Thara’s inability to keep up during the Bollywood lesson that opens the show, but a lot of the other interpretations are distracting or tiresome (if I heard that “Dan Singh” joke one more time I was going to scream). Most damningly, Alon Nashman and Anusree Roy have neither the persistent chemistry nor the well-timed banter of a great  Thara and Benedict; Momen and Sarena Parmar are far more charming as the younger lovers. The hijinks and romantic intrigues of Much Ado definitely jibe with the trappings of Bollywood but the execution of such a strong concept needs to be far less messy than this.