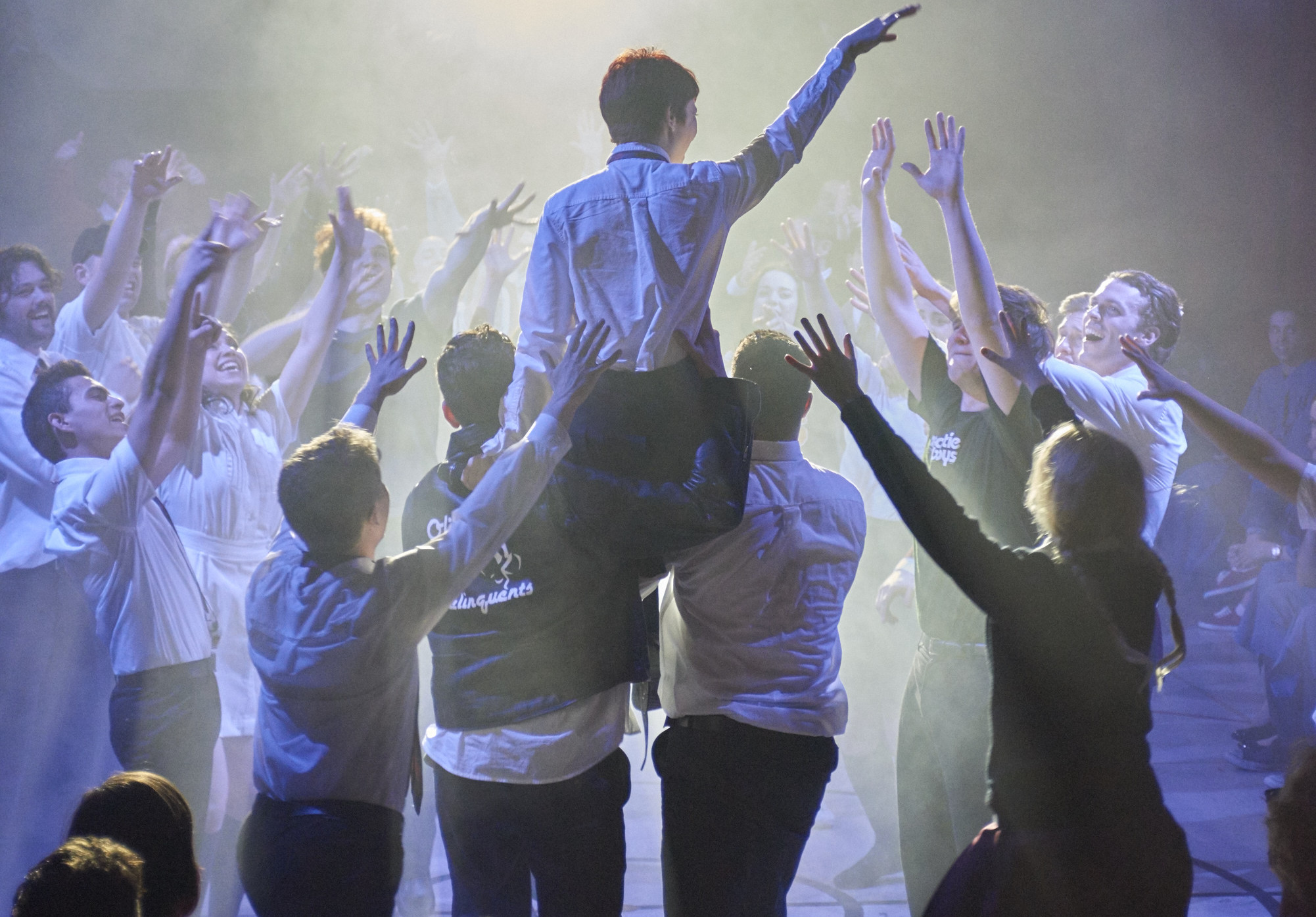 On Stage in TO: Event Theatre

Brantwood (Sheridan College)
It’s a shame that this immersive, site-specific, multi-narrative, multi-genre theatrical experience will be closing on May 3rd so that the century-old school in which it’s housed can do what it’s prophesied to do in the show (be turned into condos) and the cast can do as their characters do in the final scene (graduate, though from Sheridan College’s Theatre Program, not high school). It would be great to have a long-running, return trip-friendly piece like this as a permanent fixture in Toronto’s theatrical landscape just as Sleep No More has become part of New York’s. Playing 11 stories set across 10 decades over 3 hours with dozens of original musical numbers, the 40(!) different performer tracks in Brantwood are a buffet of opportunity for the massive number of young performers graduating every year from schools like Sheridan. As a larger narrative, the piece still has a few bugs, but each individual arc is extremely strong and woven into the overall fabric masterfully. Here are 40+ characters who are each the star of their story, the experience of following them then becomes a brilliant contemplation of point of view (not to mention a technical marvel- wander in to The AV Room to have your mind blown). It’s impossible to see all of Brantwood in one visit (I thought I’d caught most of it until the finale united the entire cast and I didn’t recognize half the faces) and through the most unexpected passageways and easy-to-miss doors lie the last things you think you’ll find: a surreal beach, the future, a Nazi dancing with your mother (that actually happened). The program (handed out at the very end to preserve the immersive illusion) reveals plans to bring the show to Toronto. They seem to be, at least for now, vague and aspirational plans but let’s get behind them because our still too small and often too predictable landscape could use something as bold and big as Brantwood.

#ShakesbeersShowdown (Spur-of-the-Moment Shakespeare Collective)
Spur-of-the-Moment Shakespeare Collective’s Torey Urquhart served as the delightfully scatterbrained host of the annual Shakesbeers Showdown at the Tranzac Club on Wednesday night, leading a rowdy crowd of drunken nerds through 4+ hours of friendly competition as 8 of Toronto’s indie Shakespeare companies went head to head to see who could cold-read the first folio most accurately, while drinking heavily. Because why the fuck not.

The rules were just vague enough to make the competition somewhat unfair (a 5-drink limit on attempts to pronounce an unknown word was only implemented after 3 or 4 people had already read, landing two of round one’s best cold readers into the “Fool’s Round” to compete for the title of biggest loser) and a lot of it was a popularity contest (the Shakespeare Bash’d cheering section was easily the best crowd of the evening- highlighted by the indefatigable Devon Healey and her charming brand of cheerful heckling- which might account for that team’s big lead heading into the semi-finals despite the night’s most obvious inebriation) but a general sense of solidarity between the teams was a good reminder that the outcome was really not the point at all.

Nevertheless, narrowly besting Shakespeare in the Ruff’s AJ Richardson in the final round, Matthew Shaw took home the prize, representing Ale House Theatre with the perfect combination of sportsmanship, showmanship, first folio reading prowess and ability to hold his liquor. Does the win mean anything? Not really (although maybe it will entice you to see Ale House’s current production of Othello, closing May 2nd) but it was a fun night that brought together a bunch of people who all love the same thing, which is always good to do. It also hopefully raised a little money for Spur-of-the-Moment’s Shakespeare in Hospitals Project, which isn’t a half bad excuse to raise a beer to the bard on his birthday.

The Marquise of O- (The Red Light District)
I grouped these three pieces together because they all requested the same vague “discussion of the piece” style of article rather than a real review (well, not the Shakesbeers Showdown, but I wouldn’t have known how to actually review that anyway). With Brantwood, that was easy; it’s a student show (no reviews allowed) but it’s also a new kind of theatre for Toronto, something big in concept with lots to talk about without really getting into assessing how well it was executed. The Marquise of O- isn’t supposed to be reviewed because it is technically a “workshop”, a one-night-only performance that caps a short residency at the Harbourfront Centre as a part of the HATCH program. But it felt to me like a lot of other Red Light District productions in tone and point of view, so I honestly just don’t have much to say in a “discussion of the piece” context that I haven’t said before about productions that struck a stronger chord with me. I have criticisms (lack of structural clarity, too heavy a reliance on soliloquy, anachronism too vague to not seem random, not a strong enough use of the reality TV angle) but I’m not reviewing (oops) so I guess I’ll just say that this production has big moral and political ideas and a weird sense of humour and whiteface but you read the company name in parentheses at the top of this paragraph so you likely knew all that already.