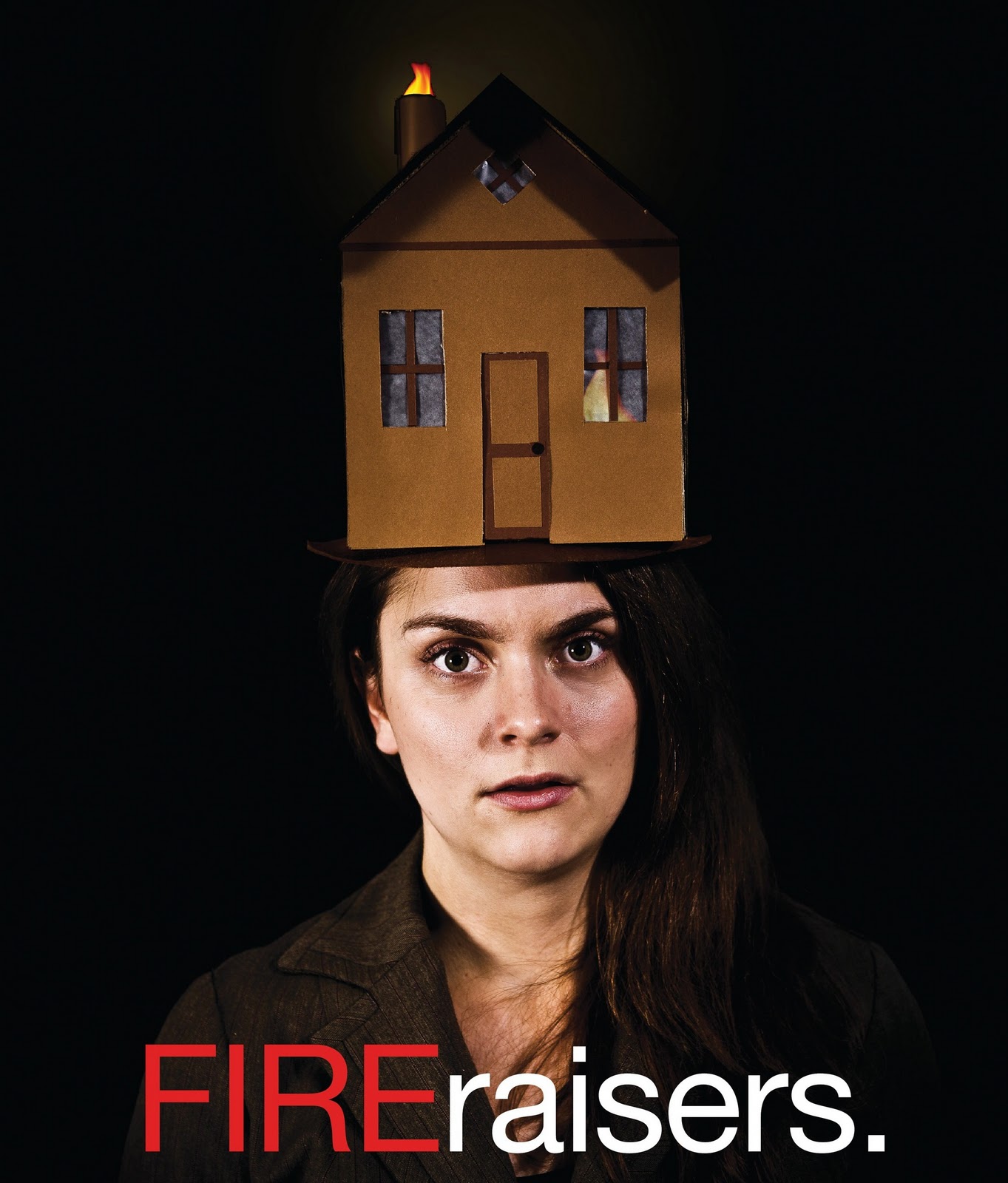 The RLD Warns of FIREraisers

Toronto’s Red Light District is the only company that’s ever gotten me to like things I don’t like- from audience participation to Trinity Bellwoods after 9pm to German expressionism to blatant stage sex. They sell all these off-putting adventures to this closed-minded critic by using them as mere wrapping paper for greater meanings that stay with me for weeks after the production. In a somewhat disappointing season for the company (two canceled productions and an underwhelming … la ronde…), FIREraisers has proven a reassuring return to form, even if its director is different, its space is foreign and its text is entirely more modern than the company’s usual fare. At its heart FIREraisers has things to say, and that’s what I always think of when I think of the RLD.

When I heard brilliant artistic director Ted Witzel would be handing over the directing reigns to untested company member Lauren Gillis, I’ll admit I was a a little skeptical. As an actress, Gillis had always been reliably nuanced, but who knew if her first directing attempt could measure up in a company known for its out-of-the-box directorial voice. What I found when I entered The Imperial Pub last week for the intimate staging of FIREraisers was a dinky/smelly old back room, a tiny house and a distracting roar from the main pub that leaked through the curtain and into the playing area. Once the action got started, however, despite some overdone bits of weirdness, I fell quickly in love with Gillis’ reworking of Max Frisch’s 1948 faux-morality play.

Gillis’ version changes the gullible business man at the play’s centre (Biedermann) into a high-powered and over-worked modern woman with an a sheltered husband too afraid of the world to leave his bedroom (Robert- voiced offstage by Marcel Dragonieri). Though exaggerated, Robert’s fear is not without merit as they live in a world where PSA announcements chime incessantly, warning of the phenomenon of “fireraisers”- people who’ve been entering homes, preying on kindness and burning the house down.  Gillis then updates another crucial character as the imposing Joe Schmitz, an enormous circus performer, becomes Josephine Schmitz, a large and bumbling homeless woman who raises Biedermann’s PSA-induced suspicions. Traditional maid Anna becomes a modern well-intentioned and over-used housekeeper and Willie Eisenring is fascinatingly given no explanation at all- he’s as unkown to us as to Biedermann- a risky but intriguing move on Gillis’ part.

As Gillian Biedermann (ironically, a fire insulation salesperson), Briana Templeton gives a wonderfully exhausted performance. The young actress easily taps into the exasperation and impatience of a middle-aged career-oriented control freak, reading unquestionably as twice her own age without needing to rely on aesthetic crutches. The well-intentioned but careless way she orders Eve Wylden‘s charmingly curious Anna around easily establishes Biedermann’s priorities: acceptable social behaviour, self-preservation. When Courtney Lyons shows up as a charmingly oafish yet underlyingly intimidating Schmitz, Biedermann’s suspicious nature and desperation to be politically correct battle it out. The slight chill Templeton brings to Biedermann’s business affairs opens the door for her insecurity about seeming “heartless”. Paired with Lyons’ alluring take on Schmitz’s troubled past and the not-so-hidden threat in her voice, Biedermann’s hangups lead her to welcome the homeless woman into her home, despite her completely founded fears of arson.

As more characters are added (a little confusingly, a little unnecessarily) to the power struggle, Biedermann’s determination to seem neither naive nor prejudiced is made incredibly sympathetic in Templeton’s capable hands. An over-choreographed chorus of firefighters in whiteface makeup (Marcel Dragonieri and Alaine Hutton) performing the eerie PSAs from a window/TV hybrid adds that sense of “okay, this is weird” that all RLD productions seem to have. But despite that silliest of elements, Gillis’ direction only brings out the best in the fascinating but originally quite flawed tale.

Gone (but not irretrievably eliminated) is the socialist metaphor, replaced by a far more complex exploration of how we treat others and our motivations for doing so. The modernization of Biedermann allows the audience a window into the action as we confront the fact that we wouldn’t know what to do either, and thinking about it is just making it harder to see clearly. And as the homeowner motionlessly watches her home’s ill-fate approach, we’re left with that “why are we so screwed up” sense that characterized the RLD’s 2010 productions so wonderfully. But while Woyzeck and The Witch of Edmonton explored the ways in which societal pressures and corruption keep us from helping those in need, FIREraisers poses a more ambiguous question: not “why do we not do the right thing?” rather, “what is the right thing?”.

FIREraisers plays at The Imperial Pub in Toronto until Saturday, November 19th.