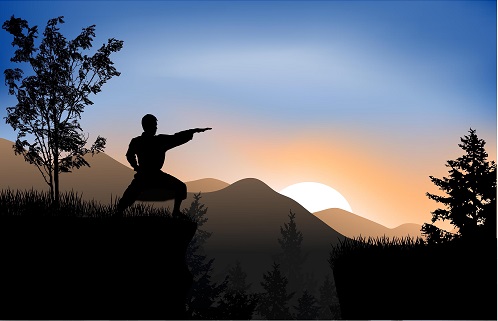 Recurring John (B+)
The first thing you need to know is that Kevin Wong has some serious compositional chops. Each and every standalone number in his new song cycle is memorable, amusing, touching, rousing or some combination thereof. His orchestrations are clever and his lyrics deft, though I will admit some were hard to hear on account of the concert taking place in the echo-y acoustical hell that is the assigned room at Artscape Youngplace. The cast Wong assembled to sing through his work in its world premiere was an excellent and familiar one, highlighted by the superb Arlene Duncan singing one of Wong’s most memorable pieces “Stories in the Park” and new favourite Alexis Gordon whose enchanting serenity and sweet soprano made John’s young mother the production’s most effective character. The concept here is that we’re seeing a character entirely through the eyes of others (the titular John never appears onstage); through the words of his mother, his co-worker, his daughter and various other witnesses, we’re able to piece together an impression of the absent protagonist. I adore this concept and all the messy inexactitude it invites- how reliable are our narrators? how well do they know their subject? are they coloured by spite or jealousy or love? The only thing about Recurring John that didn’t really work for me was the interludes, full-company exposition songs that fill in the blanks between first-person narrative solos. These moments of omniscience give John’s story clarity and structure but they also take away the honest ambiguity that I think makes Wong’s concept brilliant. I would have preferred twice as many personal accounts of John, both intimate and distant (I want to hear from the first girl he kissed, and the first boy. What does his barista think of him?), in place of the exposition-heavy interludes. As it is, Wong has crafted a very structurally sound piece of theatre around a selection of very strong standalone songs; I just found myself craving more of the messy beauty at the heart of his invention.

The Remarkable Journey of Prince Jen (A-)
There are not enough good musical theatre roles available for performers in Ontario right now. I’m choosing this moment to remark on that because I realized that I have seen Kelly Wong on stage eight times in the last few years and this staged reading of Lezlie Wade & Daniel Green’s charming new musical adventure was the first time I’ve heard him sing a role large enough to really show off his baritone. It’s beautiful, by the way, rich, complex and perfectly suited to the villainous role the underrated actor played in the fable. Musicals are often expensive to produce (certainly this one would be were it not in concert-form; it’s truly epic in scale with a lot of elements that don’t seem immediately stage-friendly); they need musicians and sound systems, they often feature big casts and require fancy sets and you might need to hire a choreographer and you definitely need to hire a music director. But a performance like The Remarkable Journey of Prince Jen, even in concert form, is a stark reminder of why producers need to take risks on musicals. New musicals, specifically; contemporary, dramatically compelling, emotionally mature musicals that can sustain and fulfill the plethora of fantastic triple threat performers in this city the way that other theatrical mediums have been able to sustain and fulfill so many fantastic actors. There were so many superb but still relatively unknown talents in this cast (mainly out of Sheridan) that it made my head hurt. Dave Ball, Jake Foy and perennial favourite Joel Gomez all shone in fairly small supporting roles while Jacob MacInnis earned some laughs as a comic sidekick (a role that could easily be played by someone with a far less brilliant singing voice than his). But they were all there, featured rather than filling out the chorus, adding key character depth to the expansive universe of Wade’s story (based on Lloyd Alexander’s children’s book). In addition to Wong, the central roles showcased similarly under-explored talents, namely Jonathan Tan and Kim Choi, an adorable pair with voices so beautiful and clear that you’d think they were a Disney prince and princess. Most musicals have a leading role or two then a big chorus, promoting a culture where a small handful of performers dominate cast list after cast list. Compare that to the classical world where you may be overlooked for Romeo to be handed the gift of Mercutio or sink your teeth into the small but meaty role of Tybalt. Something like The Remarkable Journey of Prince Jen brings that sense of “no small parts…” to the world of musical theatre (where, let’s face it, there have always been small parts- did you know all the Jet girls have names? Neither did I). Every single performer in the cast (and they’re all pretty excellent) has at least one moment of compelling emotion or musical beauty (Green’s songs are made of pure delight) allowing this one 2-hour production to showcase more talent than I’ve seen in years from the Toronto (and surrounding area) musical theatre landscape. A fully staged production of Prince Jen would be a fun, condescension-free, adventure-filled introduction to the possibilities of theatre for young audiences (without boring their parents!). And, while I acknowledge the hugeness of it as an undertaking, I really believe that this is the sort of thing producers should be attempting to pull off. A piece of this scale demands huge imagination from the director and designers (if you have that, you don’t need the big budget) and it demands a big cast of really talented people to fill a whole world of interesting characters; our theatre community has all that- and Wade & Green have already climbed the biggest mountain in writing such an ambitious piece of musical theatre. Producers need to stage things like The Remarkable Journey of Prince Jen, if only to give the directors and designers and incredible triple threat performers like Jonathan Tan, Kim Choi, Kelly Wong and all the others the chance to show us what they can do.

Animal Pharmacy (D)
In a generally very strong lineup of Musical Works in Concert, Animal Pharmacy was by far the weak point. Natasha O’Brien delivered a charming performance as a misused scientist and Kyle Blair was in the cast (he had zero decent material to work with but it’s still always good to see him on stage) but Greg Janssen’s new work otherwise didn’t leave me with much to report other than boredom and frustration. None of the songs stood out at all but that doesn’t stop me from wanting to mention that there weren’t nearly enough of them; a musical that’s 80% dialogue just leaves the audience confused whenever someone does start to sing. But, most importantly, Animal Pharmacy simply lacks a real story. Janssen takes great issue with the admittedly grim state of the pharmaceutical industry in the US and uses his musical to express that. But vague socio-political agenda does not a story make and nothing else is happening here at all.