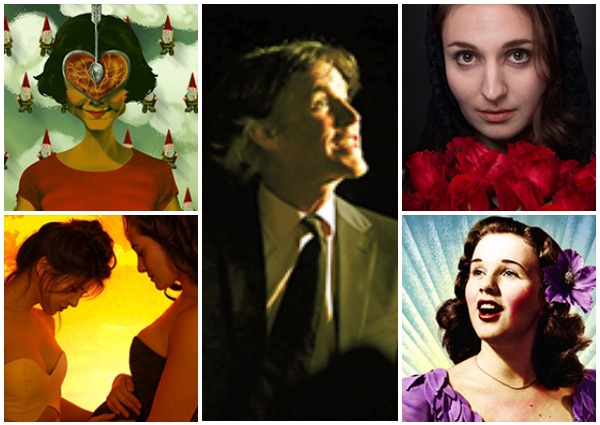 I was so excited to find myself in Vancouver during the Fringe Festival this fall (it’s crazy that there are still Fringe Festivals happening once it’s officially “fall”). Having covered the Toronto leg of the epic Canadian indie theatre circuit for years, I was curious to see how things compared out on the west coast. I caught 10 shows while in town for opening weekend. Check out Part I of my coverage HERE.

You Belong Here (A+)
Coming from out of town, I wasn’t familiar with many artists in this Fringe and felt like I was floating in the wind trying to predict what would be worth seeing. When I noticed Martin Dockery‘s name in the program, I knew I could anchor my schedule around seeing his show and everything would turn out okay. He’s in the running as my favourite storyteller of all time and this is his best show yet. His trademark energy, disarming affability, inventive writing and goofball sincerity come together to beautiful effect in a show about beginnings that has a particularly wonderful ending. Try not to read too much about the show before seeing it (definitely see it; and if you haven’t seen his play Inescapable yet, do that too), just trust Dockery to take you exactly where you need to go.

The Russian Play (A)
You never get to see a great modern play from a top-tier playwright in a Fringe festival because the rights are usually too expensive. I don’t know how this excellent company swung it but obviously this Hannah Moscovitch text is a gem you should do whatever you can to catch in this context. A strong trio of actors and excellent musicians rise easily to the challenge of the script to create an overall production that’s way too polished for the Fringe.

Amelie (B)
I’m also pretty confused about the rights situation with this one since it’s an abridged version of a very recent musical (it closed on Broadway just two years ago) but it’s a very sweet production. The vocals are a little iffy all-around but it’s hard not to fall for the earnest charm of the cast in this simple, optimistic show.

Ingenue: Deanna Durbin, Judy Garland and the Golden Age of Hollywood (B)
Melanie Gall’s beautiful voice is the real selling point of this sweet if somewhat standard musical biography of a Hollywood figure most of us have forgotten. As an actor Gall never quite captures the sad side of Durbin’s experiences but as a singer she creates enough memorable moments that nothing else matters.

R’n’J: The Untold Story of Shakespeare’s Roz and Jules (B-)
This adaptation turns Romeo & Juliet on its head and imagines a world in which the forgotten act one love interest re-enters the picture to team up with a still-alive Juliet to deal with the fallout of Romeo’s actions. It’s a good idea and Rosalind quickly becomes a heroine worth rooting for but the tone of this production is all over the place and the script is in desperate need of dramaturgy to fulfill the promise of its premise.