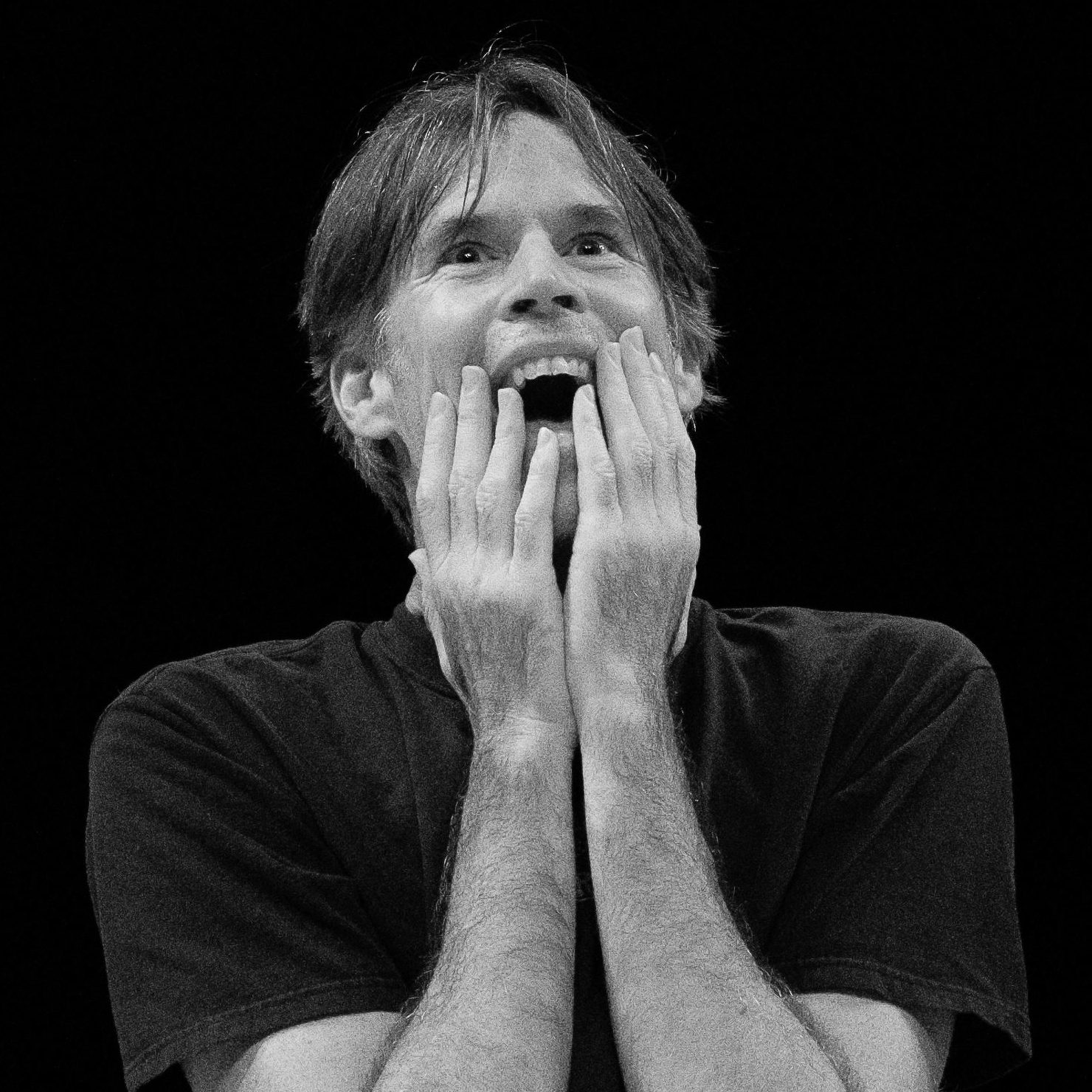 Can you remember your first experience with theatre?
It was the American bi-centennial when I was in 2nd grade in New York. Our annual class play was a review of American songs. I was in John Denver’s “Take Me Home, Country Roads,” and my mom was in the audience. A big deal, for sure. But just before we went on, I couldn’t find my cowboy hat. I was still looking for it backstage when the song began. I was too embarrassed to go onstage without it. I spent the song crying by myself in the dark as my classmates sang about Mountain Mama – with my mama in the audience! Good times!

When did you know you wanted to be a theatre-maker?
I used to spend New Years Eve with friends making an original play each year to show to our parents at midnight. So it was probably then. It may also have been then that those parents decided they never wanted to go to theater again.

What’s your favourite thing you’ve ever written?
Like any parent, I love them all. And any that I love more than others will be kept secret for fear of sending any of my plays into therapy.

What are some of the challenges of taking on the combined role of writing, producing, and performing?
It’s rare that anyone’s really good at all three of those things. Me, for instance, I’m not particularly skilled at producing. And so, taking on all three aspects means that this aspect suffers. I’m only really happy when I’m writing and/or performing. The majority of one’s time, though, is involved in some aspect of producing. This means that the majority of my time I’m less than happiest.

Where did the idea for Inescapable come from?
Jon Paterson and I decided we wanted to do a show together. I’d seen him in a couple other diverse productions and liked the intensity he could bring to a character. And so, I told him I’d write something for the two of us, but that I wouldn’t show it to him until it was finished. And so, we applied to festivals and did all the required paperwork – images, program descriptions, travel plans – without him having any idea what he’d signed up for. Some might call that courage, some might call it something else. In any case, to answer your question, the idea came from nowhere. Or rather, it came from wandering around and mumbling a conversation to myself. And this particular play is what came out. Before the mumbling, I didn’t have any particular idea what this play was going to be about. In that way, then, my experience was not so dissimilar to Jon’s – in that I’d signed up for something without knowing what it was going to be. The play just sort of downloaded itself from I don’t know where.

Inescapable has a really complex structure. How did you approach making all the pieces fit together?
Well, it really helped having a director, of course. Vanessa Quesnelle kept us on track, measuring where our characters were emotionally in a story that is purposefully and temporally unmoored. While the play is all about repetition, about the characters being stuck in a moment, there must still be an arc that the players are traversing. And so, Vanessa was able to shape that in us. Because the words on the page are just variations on the same thing over and over again, but with small new revelations peaking out from between the lines.

You’re known for your solo work (your performance of Bursting Into Flames was nominated for this same award back in 2011). Is it an adjustment switching to a two-hander?
No, it’s really not much of an adjustment. They feel like two completely different modes of performing and connecting to an audience. And it keeps things fresh switching between the two modes. I’ll tell you, though: it’s much more fun sharing the experience with another person or two, whether high or low.

How do you maintain the incredible speed at which you deliver your dialogue?
I’m constantly thinking of how I’d be receiving the show if I were sitting in the audience. Of how quickly my mind wanders. Of how I’m often thinking, “Okay, I get it.” And so, I think my penchant to deliver the material quickly is to stay one step ahead of that version of myself who’s watching the show. So that that version of me never has a chance to think to themselves, “Oh, I know what’s going to happen… Oh God, I didn’t call my mom back. Am I hungry? Why do I still care about the Star Wars movie franchise? Is that guy up there still talking about something?”

You tour extensively. Is the work received differently in different places?
I’ve done festivals in Australia where they expect that a guy on stage talking about something or other is necessarily going to be doing stand-up comedy. And then when it’s not – when it’s just me telling an hour-long narrative about something that has some emotional stakes… Well, I’ve seen the look of disappointment wash over the faces of those for whom my show is merely supposed to be a step towards going home and sleeping with their date. And in those moments, I want to reach out and apologize that I’m ruining their plan for the evening. That they didn’t know, and it’s not their fault, but what are we going to do now? Here they are getting very un-drunk, and here I am getting very apologetic in my head, knowing that’s one less Australian couple who are going to have a second date.

What are you working on now/next?
The past two years I’ve been working on making a podcast. It’s not released yet. But when it is, it will certainly take the world by storm. Or so I need to keep telling myself – since it’s just me and a microphone, working on something that will eventually be available for free, and about which I won’t know what people think. The podcast is a ten-part fictional podcast about a guy who’s trying to make a podcast. A guy who hopes it will take the world by storm, but who’s well-aware that no one might listen to it. Originally, I’d thought the podcast would take me ten weeks to make. But more than two years later, I’ve found I was somewhat incorrect. The whole thing is written out and set to music. I’m getting closer and closer, but, you know… this spring, I hope. The podcast is called The Curious Culture of The Human Beast.

Do you have anything you’d like to add?
I’ve loved performing in Toronto, and hope to be back before too long. I’m not pandering! I mean it.