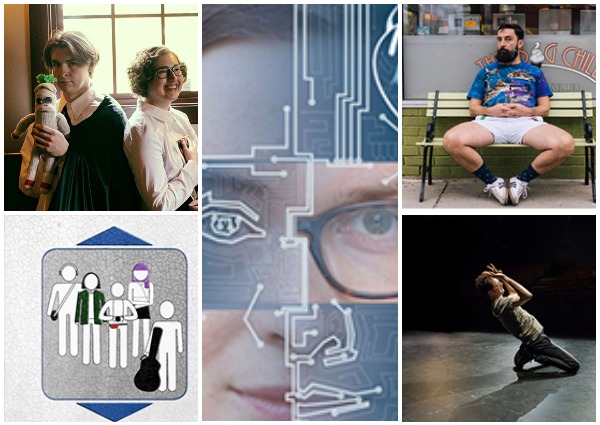 Out of Town Report: Vancouver Fringe, Part I

I was so excited to find myself in Vancouver during the Fringe Festival this fall (it’s crazy that there are still Fringe Festivals happening once it’s officially “fall”). Having covered the Toronto leg of the epic Canadian indie theatre circuit for years, I was curious to see how things compared out on the west coast. I caught 10 shows while in town for opening weekend. Check out Part II of my coverage HERE.

AI Love You (A)
The great discovery of my Vancouver Fringe experience, this semi-immersive two-hander is as emotionally involving as it is intellectually demanding and features two incredibly strong performances (this is where I complain about the lack of programs at the theatre/credits on the festival website; if you know who these magical creatures were, send me their names!).

Jimmy Hogg: Like a Virgin (C+)
It’s hard not to directly compare the two storytelling shows on this list because they’re literally about the same thing- the storyteller’s first sexual experiences- but Like a Virgin is much more explicitly a comedy and lacks the depth of the stronger stories being told at the festival. Though Hogg brings a lot of energy to his storytelling, the actual story he’s telling isn’t all that interesting. In fact it’s about as standard a loss-of-virginity story as I’ve ever heard though nothing is made of that relatability. Hogg’s style is self-conscious and self-referential, adjusting based on audience reaction. At the performance I attended, that didn’t pay off as the stiff audience led Hogg to bend over backwards extending any bit that got a titter until his timing and structure suffered.

Legoland (C)
I found this quirky story about sheltered commune kids embarking on the real world hard to connect with. The performances and the story lacked clarity and, though plenty of larger themes were hinted at, nothing was seen through to a meaningful conclusion.

Lift (D)
A self-serious musical with a muddled story and music that is neither catchy nor complex (nor well sung), Lift is a classic example of a Fringe show that tries to do so many things that it ends up doing none of those things well.