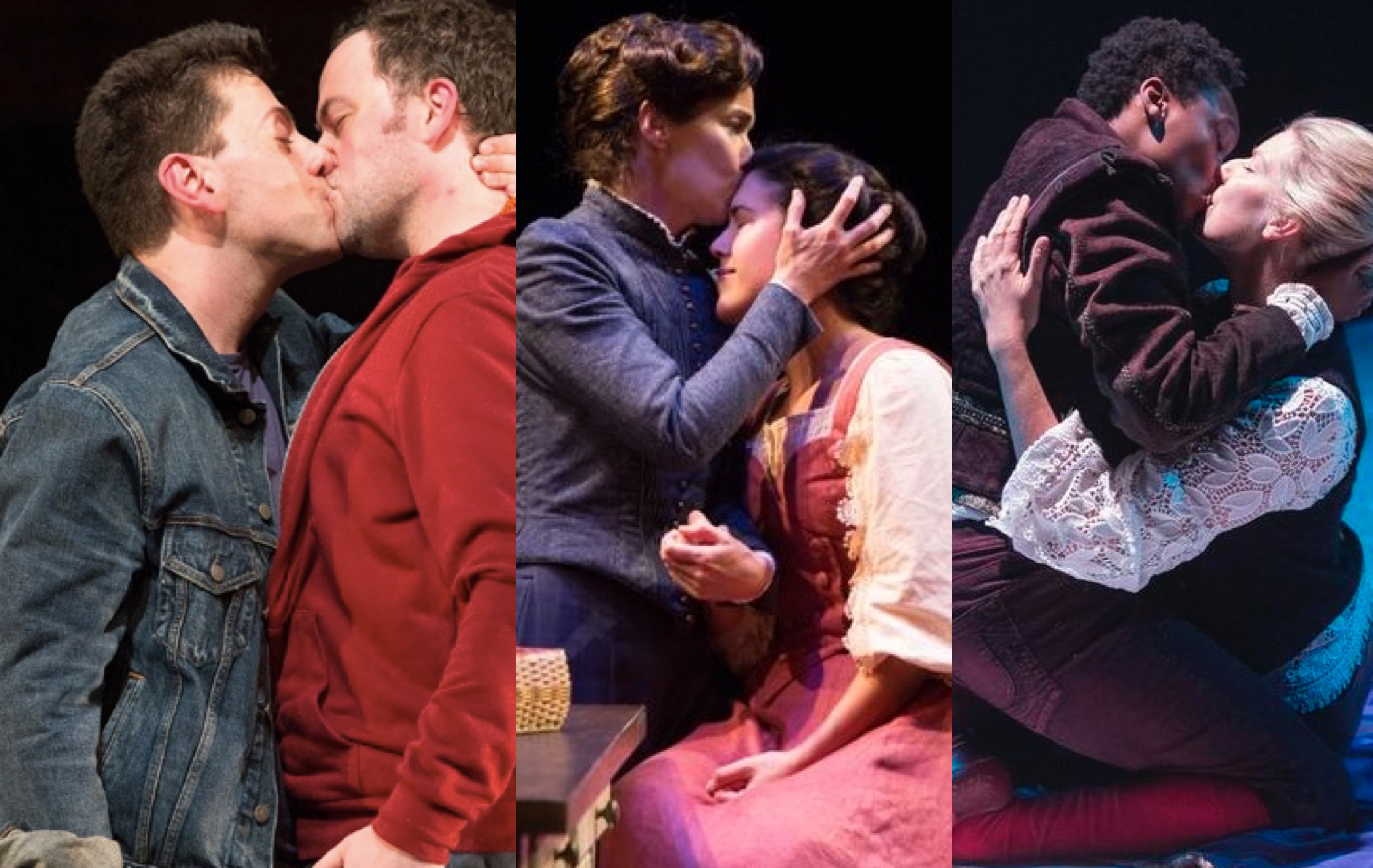 Bed & Breakfast
This delightful play from Mark Crawford and the production directed by Ann-Marie Kerr currently playing at Soulpepper is wonderful for a ton of different reasons. Firstly, it’s a lovely script- both local and contemporary, light and fun but emotional and not-always-so-light. The play calls for two actors who each play a multitude of different characters, which gives the production a goofy, fast-paced, technically impressive farce quality but the depth of the piece far outpaces any farce I’ve ever seen. Alexandra Lord’s set is pretty and functional but not too elaborate, Ken MacKenzie’s costumes excellently help convey character and facilitate the production’s incredible transitions. But of course the real treat here is the pairing of Gregory Prest and Paolo Santalucia, a real couple from Toronto playing a fake couple from Toronto who open a bed and breakfast in a small town. On their own, Prest and Santalucia are two of the best performers around. They each possess incredible range (an absolute necessity for this particular play) and rarely play characters much like themselves so it’s exciting to see them hit a bit closer to home, especially together. They’re impossible not to root for and Bed & Breakfast is the perfect vehicle to show off what makes them both so special. See it before it closes Sept 8.

Sisters
Laura Condlln and Nicole Power are perfectly matched as turn of the twentieth century sisters running a struggling shop in New York with only each other to lean on. Condlln, in particular, is incredibly moving as her character struggles and sacrifices, her emotional journey communicated clearly to the audience without playwright Rosamund Small having to give her the actual words. Small’s script as a whole, however, leaves something to be desired. The character of Ramy, the man whose arrival into their lives changes Ann and Evelina forever, is either under or over-written, too fleshed out to be left to our imaginations and not richly drawn enough to be believably life-changingly compelling. At multiple turns, the audience is way out in front of Ann, waiting for her to put key pieces of information together, and the seemingly triumphant final scene rings almost forebodingly false. Richard Feren’s sound design is perhaps a little obvious with its tick tick ticking but strong acting from the women in the company really pull the Soulpepper production up by its bootstraps. I wish the script was a more solid foundation for their work.

Orlando
Sarah Ruhl’s adaptation of Virginia Woolf’s Orlando that played Soulpepper earlier this summer left me somewhat conflicted, wanting to like it far more than I actually did. Director Katrina Darychuk’s production feels flat and unromantic, proudly showing off its evolved explorations of gender fluidity without grappling with the fact that Woolf’s once groundbreaking ideas were posed nearly a century ago and neither Ruhl nor Darychuk have done much to evolve them further. Gillian Gallow’s centuries-spanning costumes are lovely and Maev Beaty, Alex McCooeye and Craig Lauzon each make compelling love interests at various times throughout the story but I ultimately felt neither moved nor enlightened by a play that ought to have done both.