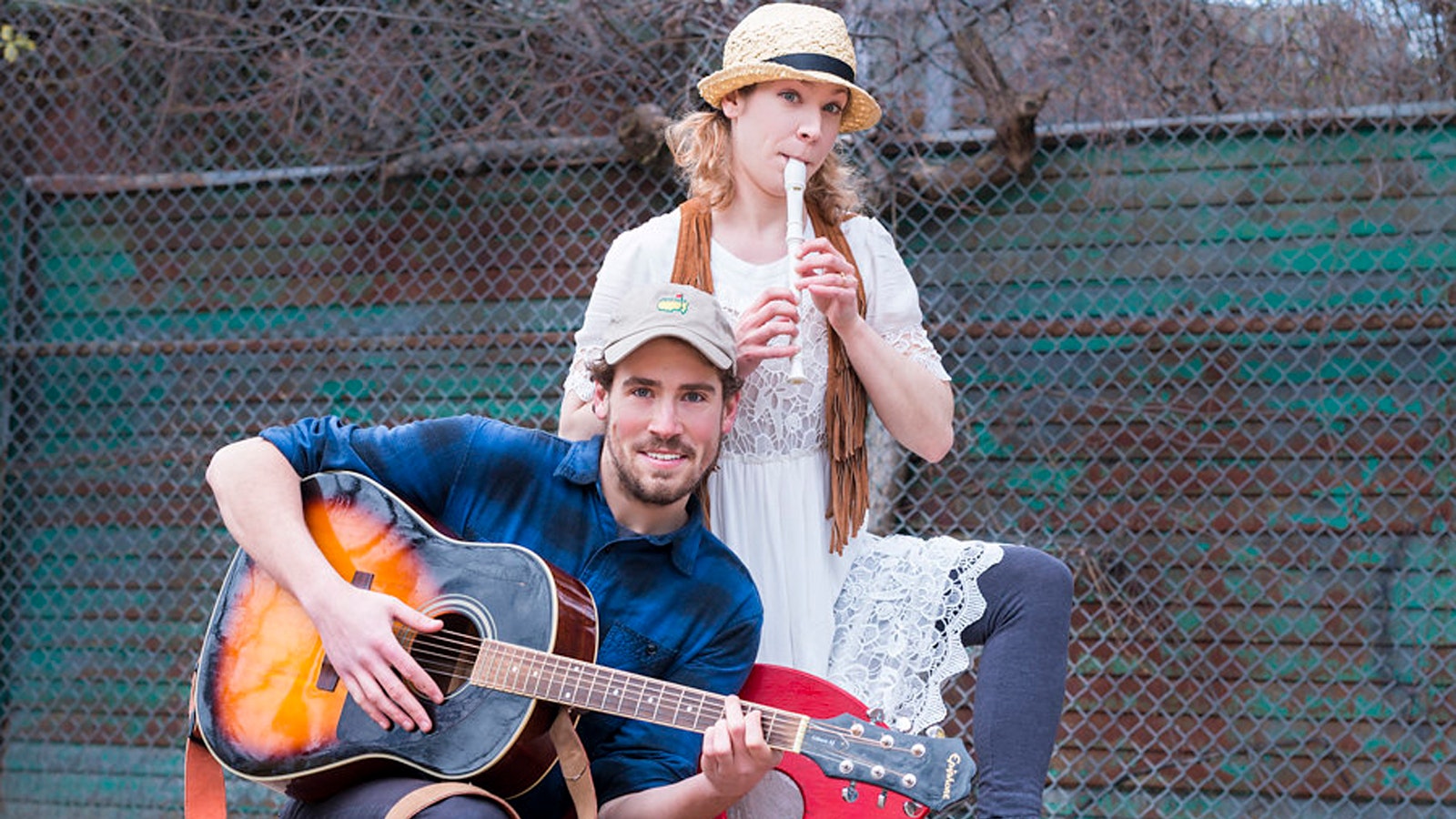 The Diddlin’ Bibbles (A-)
The true patron’s pick of the festival, every single person I talked to seemed to recommend this faux-concert by a pair of earnest American dumdums touring their double act of funny songs and cute couple banter to the “very prestigious Toronto Fringe Festival”. Lesley Robertson and Matt Shaw have these character finely tuned and there’s real charm to their simple troubles and oversharing tendencies.

The Life Henri (A-)
This solo show by Adam Bailey is essentially just an art history lecture, complete with power point presentation, presented site-specifically in an art gallery. I’ve never had any interest in art history at all but I would sign up tomorrow if Bailey were teaching a class. Funny and informative, Bailey’s presentation focuses on Henri Rousseau’s humanity and the under-told stories that made him the painter that he was. A total delight.

The Resurrectionists (B)
The execution of this new play about disgraced med students who become grave robbers is pretty shaky with a few performances so insanely gigantic that you tune them out. Playwright Ross Hammond’s story, however, is built on a solid foundation with an emotional and thematic payoff that flips the tone and makes for a memorable ending. Though the leading performances from Hammond and Anthony Di Feo are better balanced, the direction in general is far too broad to do right by this late-play shift, undermining its power.

Office Hours (B-)
There’s too much going on in this muddled story about PTSD and student/teacher relations- one of those topics would have been enough. There’s charm and an interesting idea in Michael Orlando’s performance as a too-cool-for-school professor teaching about war and violence without really knowing from either but Marlene Mendonça’s direction is too stiff and the other performances feel forced. The central problem is a lack of clear protagonist. If this is returned soldier Tyler’s story, we need more of his point of view. If this is Caroline’s story- an intriguing one about a young woman being pulled in too many different directions by the older men who are overpowering her own wants and needs- we need a tighter focus on her rather than the more dramatic characters around her.

Open Rescue: The Play (C+)
A worthy topic (the cruelty of animal testing) can only take this show so far. The stiff performances are in desperate need of tonal dynamics and character development and the script could stand to tell an actual story rather than just present an argument.

Plays in Cafés (C)
None of the three scripts that make up this site-specific production are terrible, but none are particularly good either (the best is Jessica Moss’ play about people who meet the wrong Tinder dates but even that’s not up to her usual standard). The performances range from decently charming (Jolly Amoako and Jessalyn Ferguson are the best) to inexplicably outlandish, and the direction is terrible with awkward scene endings, brutal transitions, and 2/3 of the scenes playing at tables hard-to-impossible to see from half the audience.

Seeking Refuge (C-)
This was not a strong Fringe on the musical front and this self-serious drama about refugees was among the worst. Musical comedies, on account of being delightful, can get away with a pretty remarkable amount of terrible lyrics/derivative music/clunky dialogue/under-developed characters, but musical dramas have to be fantastic to not seem contrived (it also helps if they’re sung-through so our suspension of disbelief remains level; this is not sung-through). This was complicated subject matter approached simplistically, which is always a disaster. It didn’t get a D because Noah Beemer managed to make me care about his character.