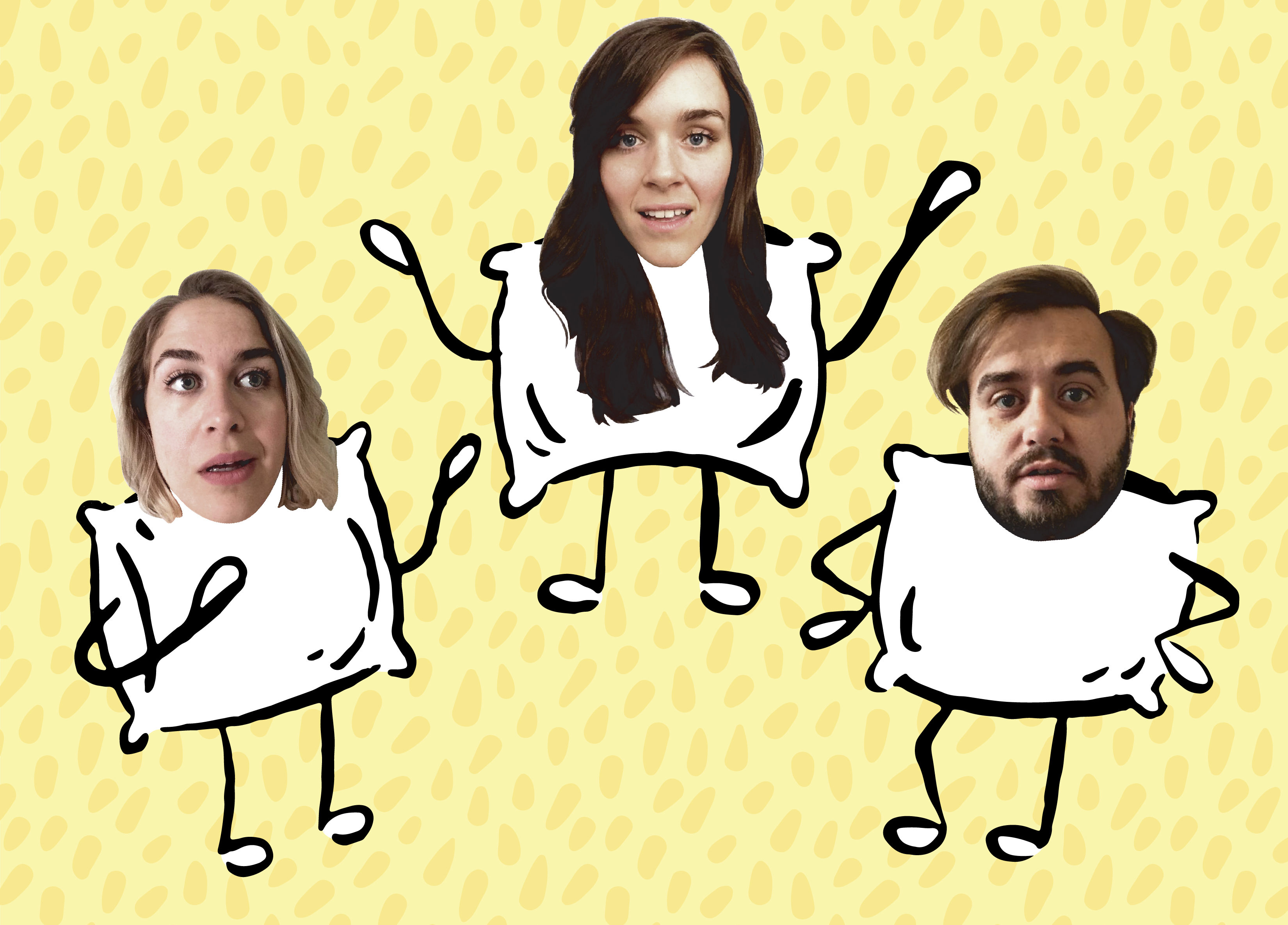 Pillow Talk (B+)
Admittedly my experience with sketch comedy is limited, but I really enjoyed this original show created by Adam Martignetti and sketch comedy duo The O.C. (Charlotte Cattell and Olivia Brodie-Dinsdale) about three people who just can’t get it right. All Second City Conservatory Program graduates, the comedians work well together, but when I read the company bio after the show, I wasn’t surprised to learn that Cattell and Brodie-Dinsdale, responsible for many of the show’s best moments, perform as a duo and this is their first time collaborating with Martignetti on a sketch show. The humour ranges from the relatable (embarrassment over mom’s misunderstanding of social media, awkward small talk conversations with acquaintances) to the darker and more twisted, and the sketches are well-timed so that they never seem to drag. I didn’t really get how the ‘pillow talk’ theme fits into it (the connection is tenuous) but I laughed a lot and the comedy felt fresh.

6 Quick Dick Tricks (B+)
A mentalist’s loving tribute to film noir,  6 Quick Dick Tricks is equal parts genuinely impressive mentalist displays (the titular “6 dick tricks”), a wafer thin murder-mystery case narrative that (sort of) ties it all together and explains what a 1930s-era paranormal detective is doing in our part of the world, and jokes. The Trump jokes are a pretty safe bet in Canada (drawing some scattered applause) and the local humour lands as well, with a few digs at Hamilton proving this detective has done his research, but some jokes are sure to provoke groans. As Dirk Darrow, creator and star Tim Motley is an affable presence with a dry delivery that works perfectly for the material. Motley has the film noir style down, complete with trench coat and fedora wardrobe, monologues to the audience, and playful innuendo. His mentalist displays, delivered with wry wit, are the highlight of the show, which I wish included a little more magic and a little less of the case framing device. For those who enjoy audience participation, keep in mind that in this show you may be volunteering to show off your dance moves – consider yourself warned! 6 Quick Dick Tricks may not be especially memorable, but I had a lot of fun watching the show and definitely left wondering how’d he do that?

High Park Noir (C+)
At the center of this cute film-noir inspired comedy about the wildlife of Toronto is a proposed condo development in High Park, which threatens to leave the park’s furry inhabitants homeless. Fortunately Dick Waschbar (Jim Armstrong), a hard-drinking raccoon and former top detective on the Pawlice Force is on the case! As a take on the genre, High Park Noir does pretty well, populating the show with familiar archetypes like the Femme Fatale, the Hardboiled Detective, and the Girl Friday, only in furrier form, but it is stronger at the noir than it is the comedy. Although the play never takes itself too seriously, I only occasionally found it funny and the production relies more on its nods to Toronto wildlife (including raccoons, the famous albino squirrel, and even the great escaped capybaras) and animal behaviour gags than on wit. Things really come together near the end though, for a satisfying conclusion to this affectionate ode to the noir genre.