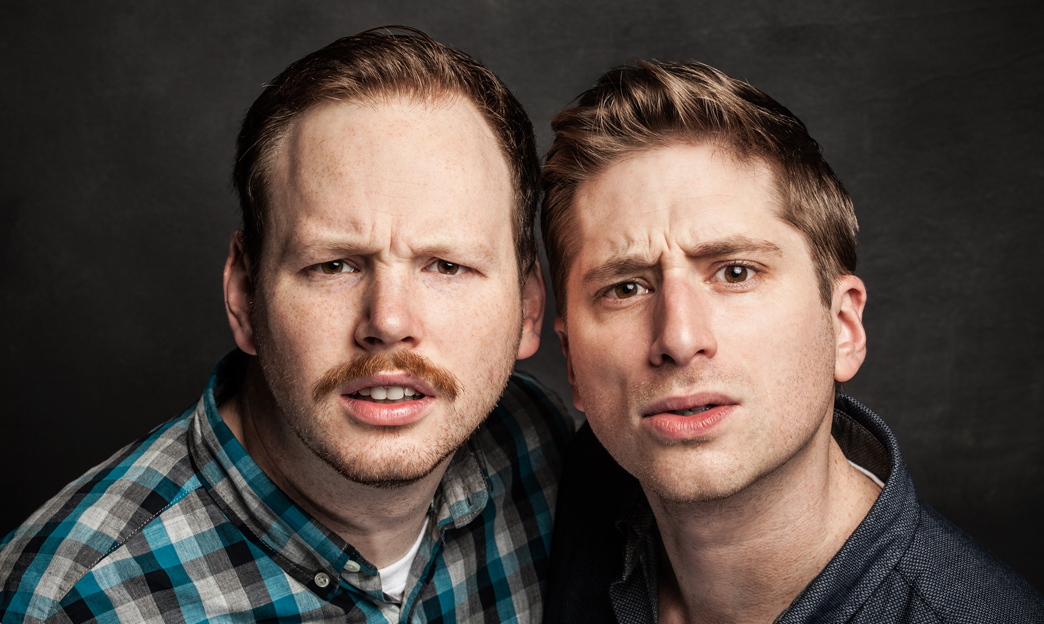 Peter Vs Chris (A+)
I remember my first Peter n’ Chris experience. I was sitting in the back of a large venue in Winnipeg utterly delighted at what I’d stumbled in on. I was laughing so hard at the duo and recall thinking to myself “which one do I prefer? which one is funnier?” I gave up half way through when I concluded they were both as talented as the other. But the guys are officially settling the matter with their latest show Peter Vs Chris. Going in I was nervous that my expectations were not going to be met but this was quickly forgotten. Peter Vs Chris has everything you would expect if you’ve seen these hilarious guys before and then some. The jokes are so stupid but clever and at their expense only. If you’ve never seen them before, go. Actually, just everyone go!

Daughters of Feminists (B)
Who are the Daughters of Feminists exactly? Suzi Wilde, Anika Johnson and our host Barbara Johnston & guests (whoever you luck in on seeing). Everyone on stage (including Barbara’s Dad and agent, respectively) and Nancy White confess to being feminists so once we’ve established that we can move on with the performance. It’s not a super cohesive show and probably doesn’t quite fulfil the promises of the blurb but I loved it all the same. Everyone who graced the stage was eloquent and talented and downright adorable. Every night will feature different guests and I trust that these Women are in good company, so take a gamble on any or every night.

In The Trenches: A Double Feature (B-)
As the title suggests, this show features two shorts pieces of clowning and physical work. The first- three buffoons scrabbling to deal with wartime and having to be responsible in the wake of the death of their captain and well…everyone. The second piece is a commedia dell’arte piece about a man trying to bargain off his daughter for the best profit. I couldn’t help but like this very energetic and talented young troupe. I don’t think this style of theatre is for everyone and some older people did leave after the first but if you want to switch off and see some silliness and slick physical comedy then book your tickets now.

INTO (C+)
Four characters: a fiery nun, a business man, a diligent man-eater and an idiotic young jock. Stuck in traffic. For hours. Then days and months. It all gets a little Lord of the Flies but they come good and learn to love and accept their odd little family. The cast give it a whole lot of energy and there are some genuinely funny moments, but I can’t help but think this show would be a whole lot funnier with editing. The play is best when it crosses over into the absurd and it is here that it sings. I hope they keep working on this show as with some neatening and editing, it could be something really fun.