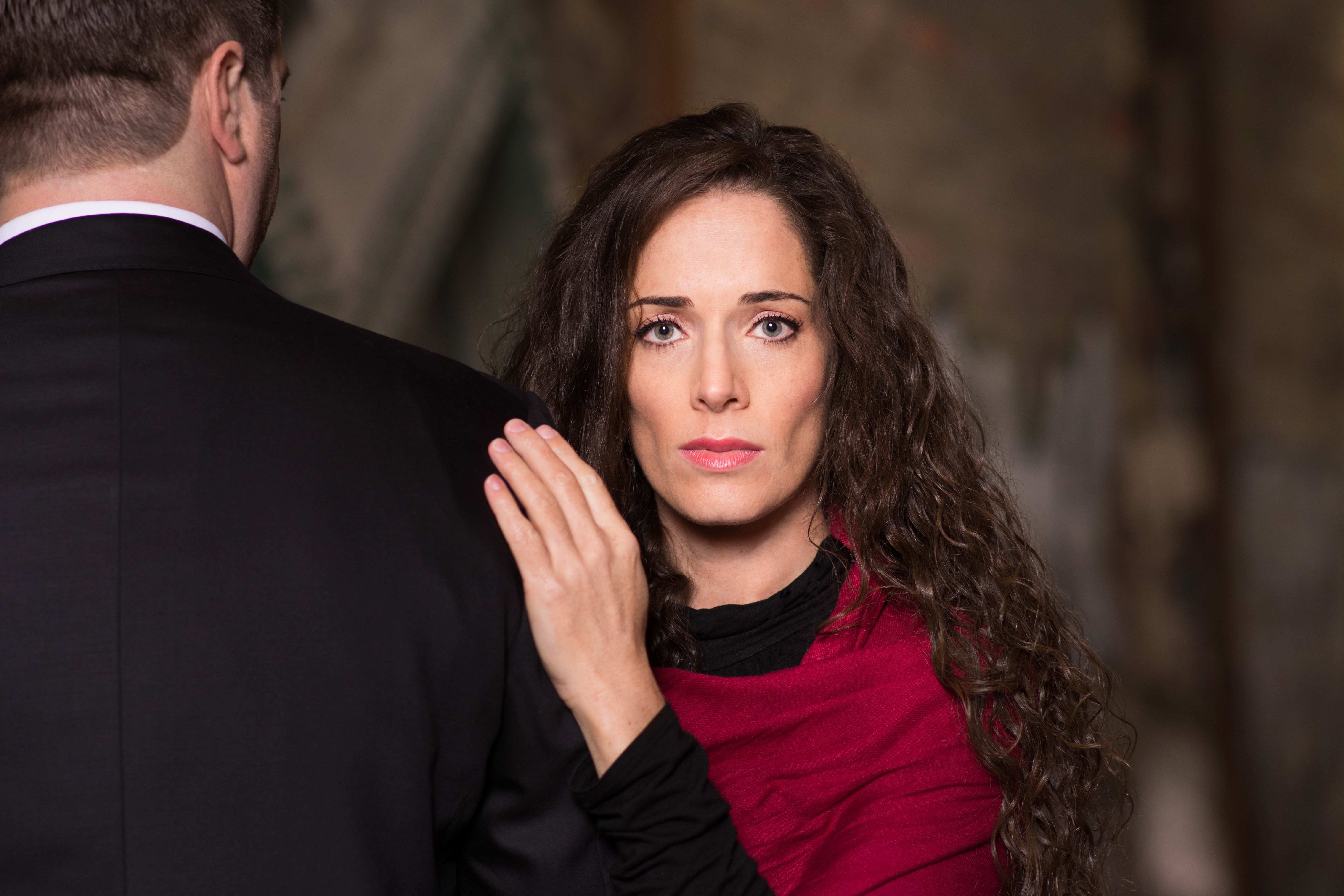 On Stage in TO: May Madness

M’dea Undone (Tapestry Opera)
This world premiere one-act opera from Tapestry is smart and character-driven with a cleverly modern libretto by Marjorie Chan and superb performances from its 7-person cast, including Jacqueline Woodley as a refreshingly savvy and complex Dahlia and the brilliant Lauren Segal in the title role of the scorned wife of aspirational Jason (Peter Barrett, a perfect balance of thoughtlessly decent and villainously thoughtless). The cast also includes the cutest kid ever, Elishka Roux in the role of Chase who mostly just follows his mother around and inspires endless pathos. John Harris’ modern score, though performed well under the capable baton of Jordan de Souza, is a little too atonal and un-emotive to elevate Marjorie Chan’s storytelling but the performances absolutely carry the heavy story and even create key moments of necessary levity before the final, tragic fall. M’dea Undone is sure to stick around and really make its mark in contemporary opera, despite its tragically short run at the always lovely Evergreen Brickworks.

Macbeth (Wolf Manor)
Macbeth is wildly overproduced (at this point I’ve seen it so many times that I couldn’t even tell you how many) but what’s cool about Macbeth being so wildly overproduced is that directors have begun to take for granted that you know Macbeth, so they can play, and the text gives them plenty to play with. Shakespeare’s shortest tragedy is also his weirdest, at least of the ones that have a stronghold on our cultural consciousness. Witches and apparitions, ghosts, sleepwalking, soldiers pretending to be trees- it’s always the same strange story but no one tells it the same way, because they don’t have to, because the assumed audience familiarity makes room for interpretation, no matter how risky. For her interpretation, Wolf Manor director Claren Grosz cuts the text down to a swift 90 minutes, making the antihero’s post-regicide spiral feel enticingly dizzying. Fascinated by the role of fate in the story, Grosz dresses her witches in black shrouds so that they appear as omnipresent shadows, invisibly moving their puzzle pieces into place and filling whatever supporting roles they need to bring about their endgame. In a less effective move, Lady Macbeth is a simplistic and overwhelming villain, less a complete human than yet another force pressing hard against Dylan Brenton’s engagingly reluctant Macbeth. Hugh Ritchie’s killably condescending Duncan is contrasted with his strapping Macduff in a surprising piece of double casting while Jemma Robinson’s beautifully noble Lady Macduff really makes his tragedy hit home. Dozens of small artistic decisions (an onstage bucket of blood in which each killer’s hands are “washed” to mark their deed; ghostly curtain calls for those murdered; deliberate contrasting of the Mac couples as positioned in the final moments) make this Macbeth a whole new show, as every Macbeth somehow is. The play is like a directorial rorschach test and this one, read by Grosz, is fateful, bloody and bleak in lots of great ways.

Durango (Theatre Smash & fu-GEN)
This contemporary drama from Theatre Smash & fu-GEN Asian Canadian Theatre Company (in association with Buddies in Bad Times) sets the action of a fateful father/sons road trip on a single rooftop. Clever scrims and Michelle Ramsay’s excellent lighting allow extra, imaginative playing space off to the sides but, mostly, the whole story is told from atop a roof, where the characters’ carefully balanced relationships and precarious grips on their tempers are literalized by the idea that they could fall off at any moment. Director Ashlie Corcoran’s ideas are clear and striking though her actors’ performances are less so with plenty of forced line readings to go around. In a play full of big dramatic moments of Performance, it’s perhaps telling that its most effective scene is also one of its smallest- a simple conversation wherein well-meaning but worn-down Isaac (David Yee) explains to his simpering kid brother why Wolverine is the best superhero- because he’s human. Even in a play with big, great ideas like a rooftop setting and an infallible superhero modelled after the first man his young illustrator found himself frantically attracted to, it’s the human moments that make or break a play’s impact. Durango is unbalanced but small and beautiful at its best.

Mr. Burns, A Post-Electric Play (Outside the March)
The first act of this strange play by Anne Washburn simply (and extremely effectively) makes good on a clever premise: after the apocalypse, survivors cling to Simpsons references and the retelling of old episodes as a comforting taste of old-world normalcy. The second act takes the aching insight of the first one step further into the weird as they jump 7 years into the future: Simpsons lines have now become a commodity, bought and sold by competing troupes of performers as the principal form of entertainment in the new world. The third act is where things really fall off the cliff: 75 years in the future, the Simpsons have woven their way into the ritualistic retelling of “human history”, elevated from pop phenomenon to mythical misunderstanding. The ensemble cast of Outside the March’s production at the Aztec Theatre (in association with Starvox Entertainment & Crow’s Theatre) is outstanding, highlighted by Katherine Cullen’s oddball survivor Maria and Rielle Braid’s enlightened riff on Bart. The production makes great use of the unique space and plays with the idea of a post-electric world by making the production 100% sustainable, lit (brilliantly by My Theatre Award winner Nick Blais) with only the energy they can generate themselves. But the story simply lost me, gradually, a little bit with each passing intermission. The first act is sad and poignant, a beautiful commentary on what pop culture means to us in a sentimental way. The second and definitely the third acts trade emotional insight in for intellectual ideas, the problem being that once those ideas have been proposed, we’re left watching an hour of unrelatable philosophical evidence when the first act promised us characters of emotional consequence.

Miss Julie (Martha Rose Productions Inc.)
The inaugural performance from Martha Rose Productions exhibits a lot of education. The ideas in Neil LaBute’s insightful adaptation of the Strindberg classic are well unpacked, the set smartly constructed and the acting full of technique. The trouble is that no real truth or interpretation is able to permeate through all the well-taught proficiency. It’s as though these actors know intellectually when tears would make a strong impact, so they summon the tears they were taught how to summon (think of a dead pet, pinch yourself, etc) rather than just living in the scene and having that be enough. Unfortunately, such falseness doesn’t make for a memorable emotional experience in a landscape crowded with proficiency.

Fever/Dream (Seven Siblings Theatre)
The outlandishness of this corporate parody makes it difficult to connect with. It also makes it somewhat difficult to follow. Its intellectual ideas (corporate corruption, greed, nepotism, self-sacrifice in the name of ambition) remain in tact, at least, which is far from nothing. What’s strange about the Michael Chekhov’s technique-based company Seven Siblings is that their method is all about the pursuit of truth with a particular focus on acting technique but they keep choosing broad texts where the characters are often symbols rather than people. Many of the performances here feel forced and inorganic, which is fine within material that is purposefully over the top, but it’s not a strong showcase for an acting company.