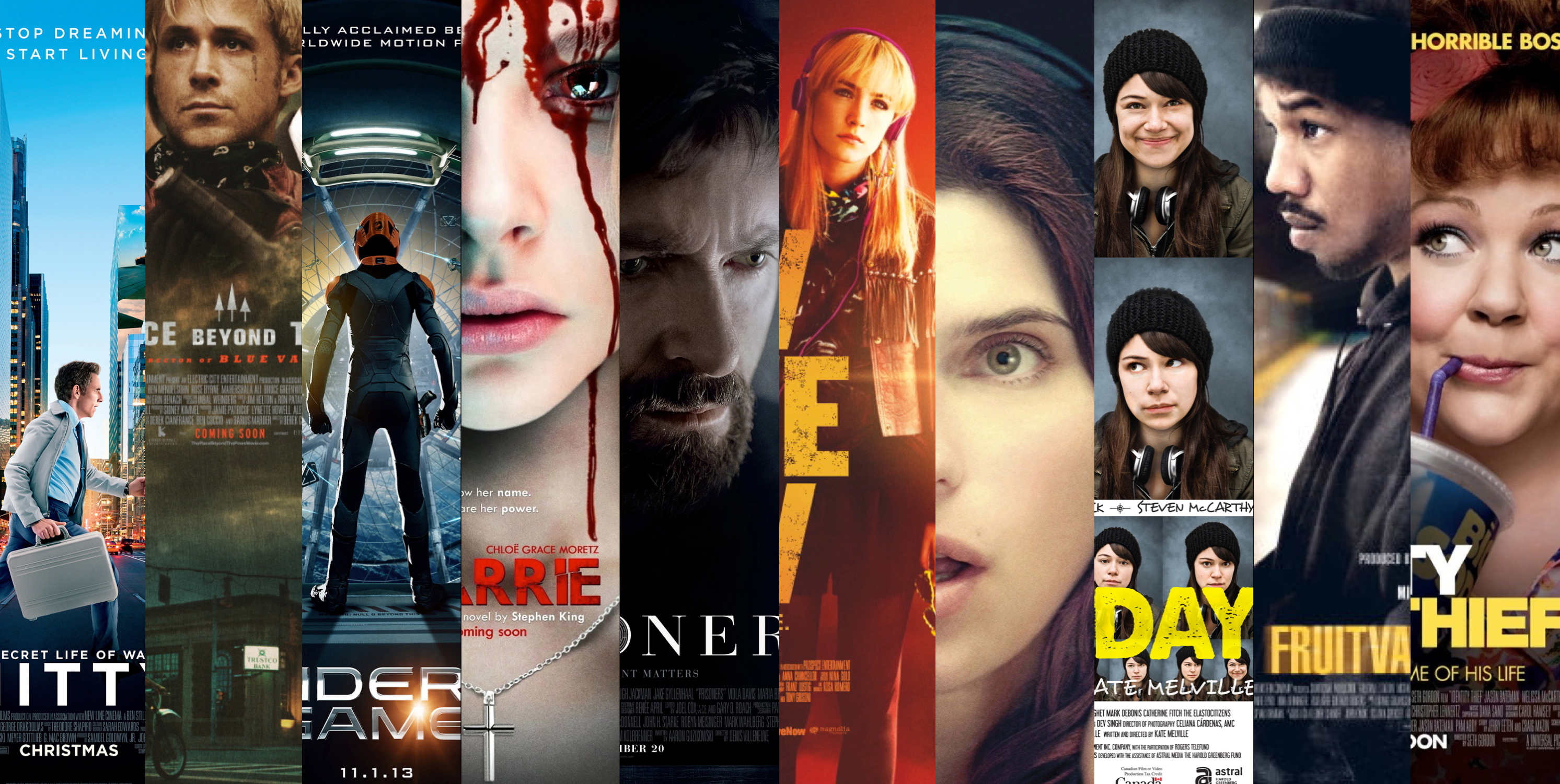 41. The Place Beyond the Pines
This movie is really three movies. There’s part one, the Ryan Gosling story the trailers focused on (because, you know, Gosling) and it’s pretty good. There’s part two, the Bradley Cooper story that the trailers should have focused on (because Bradley Cooper, famous as he is, will always be an underrated actor). Then there’s part three, which the trailers didn’t even hint at (because it twist-ties the two previous stories together in both unlikely and unlikeable ways). It’s a disjointed film and often an unpleasant one, but it’s also a three-tiered masterclass in emotional powerhouse performance.

42. Ender’s Game
A fairly standard YA sci-fi offering, Ender’s Game leaves you with a lot but doesn’t give you much along the way. Indiana Solo is just collecting a paycheck and I’m not sure Asa Butterfield is the star Hugo said he would be (see also: Abigail Breslin and possibly Hailee Steinfeld, though I sincerely hope the latter’s not true). The premise pushes believability (even for YA sci-fi) but the moral quandary is worth it.

43. Carrie
I’m really not a horror fan so there was a lot of this movie that I didn’t like, but I think that’s what allowed me to like it maybe a little bit more than most people. Word is that it’s a little too light on the horror and that’s a bad thing but it meant that I got a little more time to feel Sue’s desperation to be a better person, a little more time spent fighting the lump in my throat that wasn’t ever really sure that Tommy wasn’t in on the impending doom. Chloe Grace Moretz is a great actress (though I didn’t love her in this) and I objectively register that Carrie’s a great role, but for me the emotional experience of Carrie was 100% in the all-too-human hands of Sue and Tommy. Because I was moved by them, I was moved by this movie that I objectively was not supposed to like.

44. Prisoners
There is a brilliant psychological thriller in Prisoners. There’s also a schmaltzy whodunit with a big bad twist that’s not clever enough to fulfill its self-importance. A really strong cast carries this on their backs and reminds you to pay attention to the psychological thriller parts. Terrence Howard is particularly good as the conflicted father of an abducted girl, and the killer ending really stays with you.

45. How I Live Now
What is up with the Apocalypse/WWIII trend? It was everywhere in 2013 (At least 4 movies on this list, and I didn’t even see World War Z). How I Live Now was the only one that really suggested that life might go on after the events of the film. Apart from that, it followed the same basic formula of generic nuclear attack as some of the others. It’s interesting that a lot of contemporary films are shying away from assigning a face or nationality to the central attackers (that is, the ones that aren’t aliens) but here it helped keep the focus of the film on a very personal, insular story. It’s Daisy (Saoirse Ronan) and her British cousins (the hot eldest of whom she’s sleeping with, ‘cause that’s not weird) trying to survive a mysterious (and surprisingly short) third world war. Halfway through the film, the kids get split along gender lines and we have to spend the rest of the time with just Ronan and her youngest cousin. This wouldn’t be as annoying if Daisy were not completely impossible to root for (she’s such a snotty American stereotype I wanted to scream). I would have liked the film considerably more if we’d followed the boys instead of the girls because one of the boys is Tom Holland and you know how good Tom Holland is at navigating disasters. This movie doesn’t have nearly enough Tom Holland.

46. In a World…
Lake Bell’s directorial debut is funny but not that funny, touching but not that touching, poignant but not that poignant. I always like Rob Corddry in sincere roles and I think Bell’s a genuine talent, but this film could have been a standout and is, instead, merely decent.

47. Picture Day
Full disclosure: I saw this indie Canadian film during its short run at the TIFF Lightbox because the fictional band that plays a major role in the movie is not actually fictional and one of the musicians happens to be my best friend. But, while doing my friendship duty, I got to experience the brilliant Tatiana Maslany before Orphan Black became a huge deal, so it’s a definite win. The plot is a little pedestrian and the script could be tighter, but Maslany easily rescues a character who comes dangerously close to being a stereotypical mess and Steven McCarthy’s outrageous charm manages to sell a girl-loves-rockstar storyline so predictable anyone less captivating would have completely ruined the film. Also, sweet-faced, blue-haired Spencer Van Wyck is adorable.

48. Fruitvale Station
A very important film that is maybe not as good as it should be. Michael B Jordan is great as Oscar Grant, the real-life victim of a terrifyingly unprovoked police shooting in 2008, and Octavia Spencer nails it as his tortured but faithful mother. It was also really interesting to see Chad Michael Murray take the miniscule role of the shooter. But the fact that the shooter was a miniscule role might be the problem with the film. It plays out essentially as a day in the life of Oscar and doesn’t get really interesting and affecting until the end (those hospital scenes are killer). I wanted more of the meat and less of the “look, he’s a great dad” setup that I’m pretty sure Jordan could’ve gotten across with just a few scenes.

49. Identity Thief
Two likeable stars, a dash of heart, and enough standout jokes (plus one killer McCarthy makeover) made this movie worth watching despite a fair amount of stupidity. So broad. So very broad. So incredibly inferior to The Heat. But likeable nonetheless.