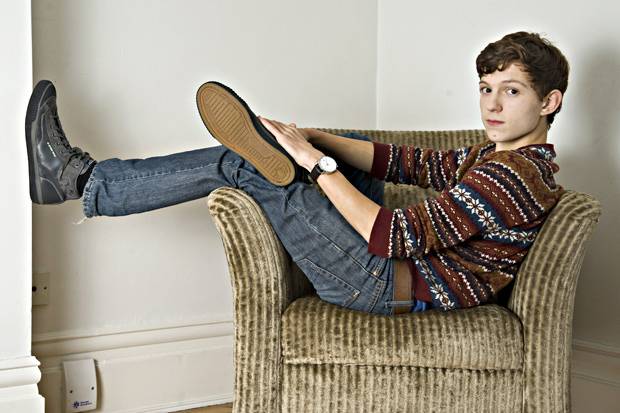 The 2012 My Cinema Awards: Emerging Artist

Last year we introduced the My Theatre Emerging Artist Award to our season. This year we’ve extended it to become a part of the My TV and My Cinema Awards as well. Here’s where we honour someone who made our radar in a big way for the first time during the 2012 season (I know, I know- when are you going to stop celebrating 2012 and enjoy 2013? We’re almost done, we swear).

For our very first My Cinema Emerging Artist Award, there was a clear choice: Tom Holland, the now-17-year-old actor whose description-defying performance in The Impossible landed him in our Best Actor in a Drama race alongside some of the most legendary actors on earth (Day-Lewis, Hoffman, Phoenix, Hawke, Gere- and he came awfully close to beating them all). The shattering and uplifting film about the devastating 2004 tsunami and one family who managed to survive it was one of the greatest underrated pieces of the year. Holland was its star.

Separated from onscreen father Ewan McGregor and the two adorable actors who played his younger brothers, Holland as eldest son Lucas carried the majority of the film alongside Oscar nominee Naomi Watts (whose character was severely injured and thus largely reduced to  moaning). The stories of the bond created on set between Holland and Watts are lovely (illustrated beautifully in this speech) but the power of Holland’s work onscreen speaks for itself. With fierce determination and a beautifully emotive performance, Holland (only 14 at the time of filming) heaved a huge film onto his back and did it with more ease and artistry than most adult actors.

A veteran of the Billy Elliot musical in London’s West End, Holland’s breakout performance in The Impossible marked him quickly as someone who has it in him to be that elusive thing- both a massive movie star and a truly great actor.