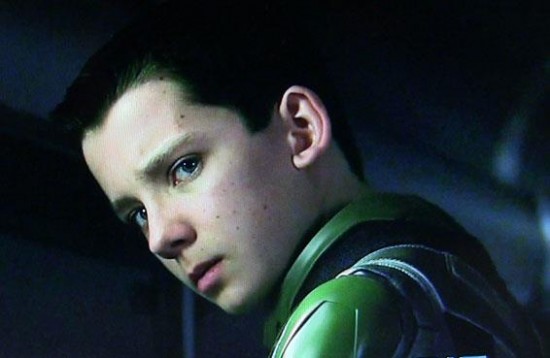 A good movie adaptation of a a good book teases something out of the text. It figures out what is important about the text, what has made it resonate with literary audiences for years. It takes a stand on what it’s adapting, and adds something to it besides just flesh and blood rendering.

It’s on this level that Ender’s Game fails so miserably. The experience of watching it is like watching a transliteration of the book on fast forward. Moments come and go so quickly, there’s no chance for the emotions to stick. There’s no opportunity for the themes to hit home. And there’s no depth between the lines.

Compare that with a film like The Hunger Games, where Gary Ross allowed us to luxuriate in silence and tone before the action got started. Or, more tellingly, think of the difference between Chris Columbus’s first two Harry Potters versus Alfonso Cuarons. By far, Cuaron’s was the worse adaptation. He jettisoned half the plot of my favorite Harry Potter book. But his was also definitively the best adaptation, because Cuaron took a STANCE on what he was reading, and created a work of art that reflected that.

I could go into details about the beats that make no sense when played on fast forward, about the stupid contrivances, or about the wasted performance of Asa Butterfield (who’s actually the perfect Ender). But I’d rather talk about some things that work: Asa Butterfield! He’s great! The battle room scene, despite being completely divorced from its emotional or thematic consequence, is pretty cool looking! The movie didn’t jettison that cool OH FUCK of an ending!

I don’t blame the movie version of Ender’s Game for ending up so bland. With a book as controversial as Ender’s Game has become thanks to its creators hateful spewing, it’s difficult to take a stance without courting controversy. And there’s a surprisingly large amount of story in Ender’s Game that makes it difficult to adapt. But it’s still a bummer – because there’s a great, dark, thematic movie to be made out of Ender Wiggins story, and this beautiful looking film just aint it.