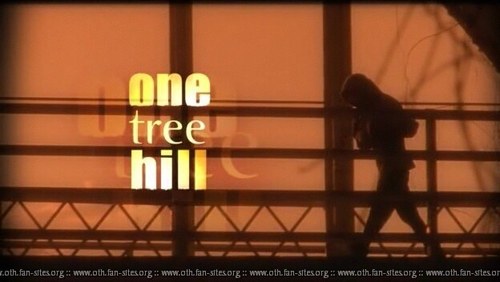 There are many things I love about having One Tree Hill back for at least 13 episodes, even if that might be all it gets (though if I had my way the show would go on forever). I love it’s self-aware irony (Jamie refusing to let Chase pick him up from the park because he has a history with kidnappers), it’s unabashed sweetness (the loyal friend/sappy romance wonderfulness) and it’s knowing absurdity (there’s a fashion conglomerate CEO, 2 rock stars, an indie director, a movie star and an NBA player in their ranks). But most of all I love the comfort of a series I’ve loved for so long. Now in its 8th season, I grew up with One Tree Hill. Seriously, I think my rationale for watching in season 1 may have been “Chad Michael Murray is cute”.  I’ve loved watching these characters change over the years (no matter how unrealistically) and I have to say that the current iteration is quite possibly my favourite (Julian over Lucas any day!).

And nothing tops off my love of the current One Tree Hill and the fond memories I have of its past quite so well as the opening credits. Originally a show about an outsider (Lucas) trying to understand life on the inside, One Tree Hill used Gavin DeGraw’s “I Don’t Want To Be” as its anthem of individuality, against footage of a lonely figure dribbling a basketball intercut with current shots of the cast. In season 5, the year the series jumped forward 4 years, skipping the characters’ college days and launching them into OTH 2.0: The Grownup Years, that theme song disappeared and was replaced by a logo on a black screen. Now, in what will most likely be its final season, One Tree Hill has returned to the lyrics that defined what it once was, making it once again one of tragically few series with a real opening sequence. Only this time it’s got a spin: the shots of the cast show them through the whole run of the series, developing into the characters they’ve become (a feast for a longtime fan) and the theme will be sung by someone new each week (a nod to the show’s record label storyline and famous interconnection between show and soundtrack). It’s the perfect closing opening theme: bringing back old memories and reflecting how much the show’s grown. Oh the happy happy nostalgia of it all.

And just for nostalgia’s sake, here’s an oldie but a goodie from the show’s 4th season (the final high school year):