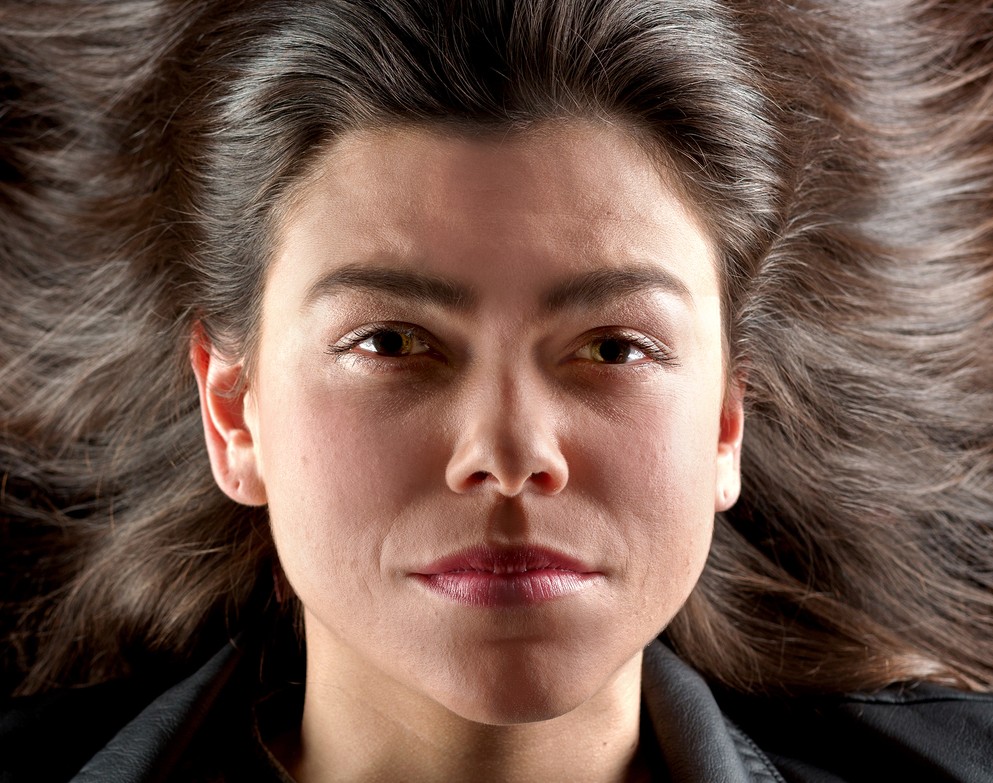 If you aren’t closely familiar with the Toronto independent theatrical landscape, you might not know about Colin Munch’s flawless comic timing, or Joshua Browne’s nuanced intensity, or the inevitable special-ness of any production starring Kat Letwin, and you might, therefore, think seriously about skipping Circlesnake Productions’ current production of Dark Matter at the Storefront Theatre. You might skip it because an adaptation of Heart of Darkness doesn’t sound like much fun, or because low-budget theatrical science fiction is literally always hokey, or because it’s March and there’s snow and you don’t wanna. But that’s what I’m for. My whole raison d’etre is to tell the yous of the world- the ones who don’t know about Colin Munch’s comic timing- that you should go see Dark Matter. You should see it despite the hokey “space” effects and terrible backdrop, even though there’s snow on the ground and 955 Bloor W is far away, and the play will make use of at least one terrible gunshot sound effect and a cheesy B-movie action sequence score. See it anyway.

See it because Colin Munch’s aforementioned timing is working within an unexpectedly fun and clever script (I was anticipating unrelenting darkness, but there’s plenty of levity) and he knows how to leverage his lightheartedness for maximum poignancy when dealing out a moment of terror or desperation. See it because Kat Letwin plays Marlow with a level of chameleonic authenticity I wouldn’t have dared to dream of in low-budget theatrical sci-fi. See it because Mikaela Dyke masters the art of empathy within an artificially intelligent character and Joshua Browne gives new meaning to the term charismatically terrifying (that’s a term, right?). See it because the ensemble-created script casually subverts androcentrism and heteronormativity (lending thoughtful credibility to its conception of the future) while never needing to address either, focusing instead on the nuanced emotional journeys of these brave, lonely, misguided humans (and one computer). See it because Dark Matter is more enjoyable and emotional than Heart of Darkness without losing the damning commentary of Conrad’s classic.

See it because I’m telling you to. Then you can say that you not only know about Colin Munch’s comic timing, you know about Circlesnake’s Dark Matter.

Dark Matter plays until April 6th at the Storefront Theatre.
Get your tickets HERE