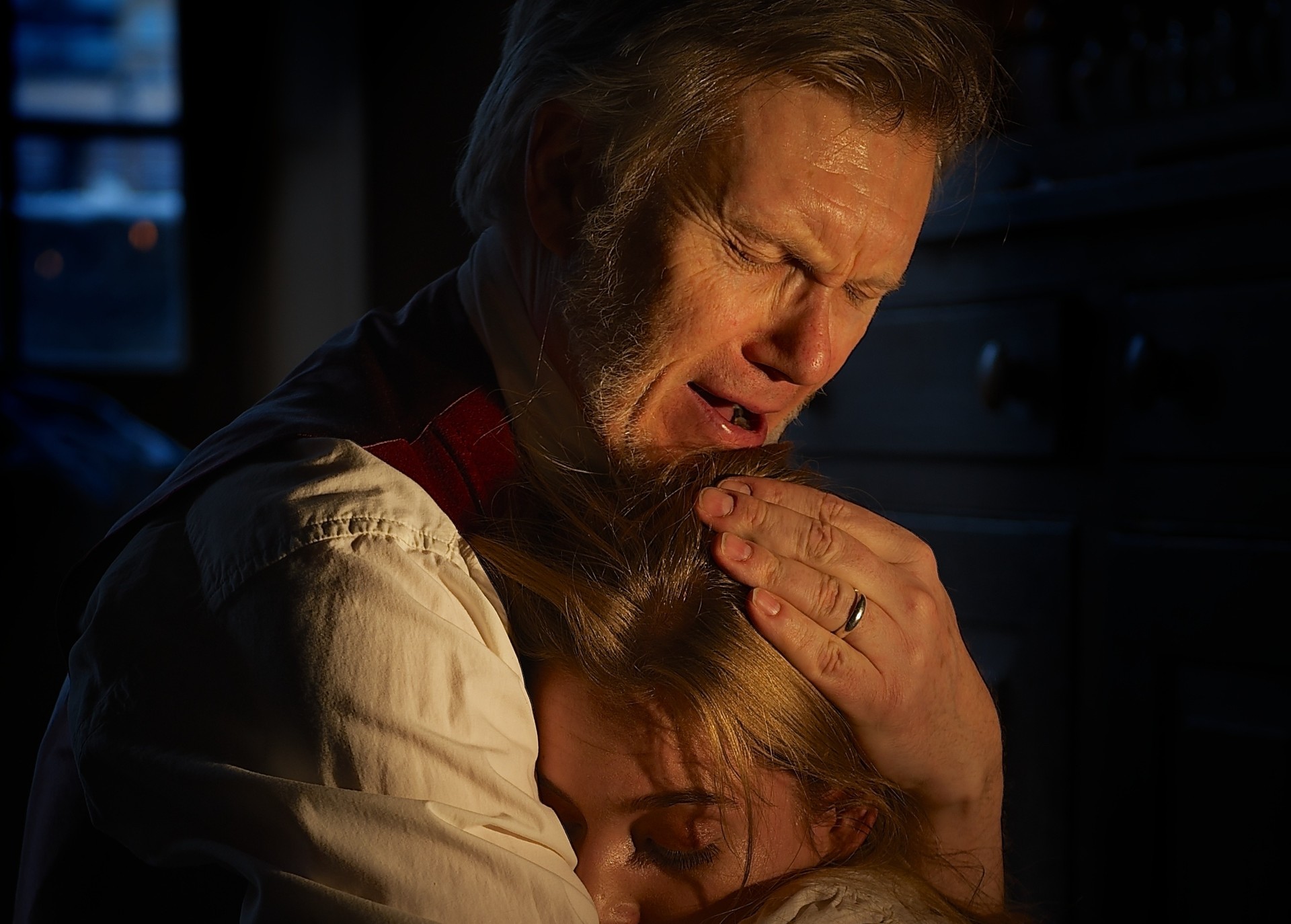 Firebrand, the newest site-specific piece from Single Thread Theatre Company, is like a poster child for what the company does. Or at least what they’ve been doing lately. The very nature of Single Thread’s process is (I believe unintentionally) locking them into a niche that is interesting but fairly limiting. They pick a space (often a Toronto historical site) then collaborate with the people who run said space to create a play that reflects its history and purpose. The trouble with a lot of Toronto historical sites is that they unlock similar stories. So much so that Firebrand (the Mackenzie House story) actually seems to serve as a sequel to 2012’s Campbell House Story (in which a younger William Lyon Mackenzie played a vital role). Playwright Alex Dault is clearly aware of the issue and thus has tried to differentiate Firebrand as much as he can from Campbell House Story. The new work occurs much later in Mackenzie’s life (when he’s returning to Toronto years after the Upper Canada Rebellion) and is darker in both tone and subject matter, a little more grown up. A key example: instead of a chatty Irish maid, the audience is led around by the spectre of a deeply troubled young woman. They’re very different stories, but the experience feels the same.

Repetition aside, it’s not necessarily a bad thing that Firebrand is so quintessentially Single Thread-y, especially if the company is attracting new patrons with each show as opposed to catering to a consistent fanbase. When I say quintessentially Single Thread-y, I am referring to the experience of being led through a slightly musty early-Upper Canada house (or park, as was the case with The Loyalists), taking in a historical fiction that’s a lot more fun than most school field trips but still sort of reminds you of one. But I’m also referring to the actors’ infectious enthusiasm (Caroline Toal is particularly fun as youngest daughter Bell; Greg Campbell is riveting as the mercurial Mackenzie) and the sly humour in the text (Dault slips that mandatory Rob Ford joke anachronistically into the script while adding shots at the current downtown real estate market and American educational philosophy- neither of which sound funny, but they are). I’m referring to tight production standards and attention to detail (two original paintings figure into the story of Firebrand, pretty impressive ones commissioned from artists Herb Jung and Peter Holton) and to the general vibe of attending a Single Thread show. You’ll be greeted by the friendliest team around (on press night it was Dault, front of house manager Cameron Lapp, and publicist Brandon Crone) and handed a program that doubles as a prequel in case you don’t know your Canadian history. Said prequel is written as a comic, in case you’re not all that interested in Canadian history. After the show, audience members will likely start spontaneously asking questions; someone from the company will probably find a way to answer them despite the fact that there’s no scheduled Q&A, because that’s the Single Thread-y thing to do.

There’s nothing wrong with being Single Thread-y (I like Single Thread-y, it’s a charming way of being), but it’s time for the company to re-expand the definition of what that means. By the looks of their upcoming 2014 projects, I’d say that’s not too far off.