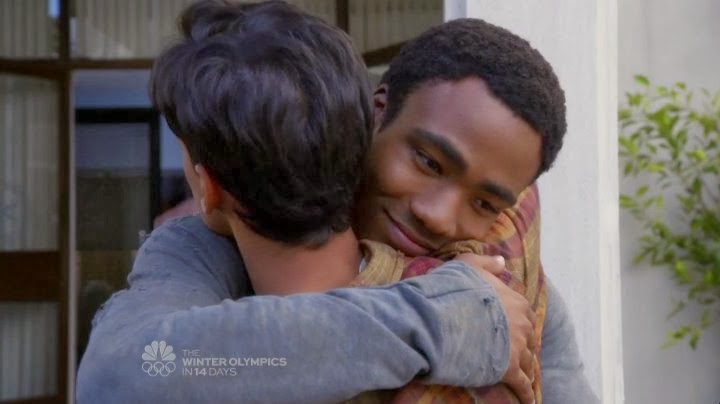 When an actor leaves a long-running TV series before its natural conclusion, it’s generally not a good thing. Sure, there are some series so long-lived that turnover is not only inevitable but necessary (while it’s key that Grey’s Anatomy has held on to McDreamy, where would we be if George never left and Jackson never showed up?), and there are others where casting changes signal a positive tonal shift (the unceremonious departure of Trapper John McIntyre brought the arrival of BJ Hunnicutt to the MASH 4077th and sitcoms were never quite the same). But, more often than not, it’s a sign of restless actors unhappy with the material and throws the writers off balance. We saw it when the flow of The West Wing faltered with Rob Lowe’s departure and we saw it again when he pulled his character Robert McCallister from Brothers & Sisters (both times after exactly 4 years with the show). Carlo Rota’s inexplicable disappearance from Little Mosque was, for awhile, the departure that I felt hurt his show’s storytelling the most… that is until Dan Stevens singlehandedly undermined 3 seasons of meticulous character writing by taking away Matthew’s future at Downton.

But, then again, sometimes a character’s departure can result in something really special. Remember when Michael left The Office? There was lots of huffing and puffing about the show after he was gone but I never minded it, and even the worst final season ever couldn’t take away from how wonderful that goodbye was. Better yet, remember when Michael J Fox got too sick to continue on Spin City? The show never recovered (in what world is Charlie Sheen a suitable replacement for Fox?) but Michael’s goodbye remains one of my favourite episodes of television ever aired.

Annoyed as I always am at Rob Lowe for leaving a series (what is with this guy and the number 4?!), the past few weeks have given us a pair of NBC Thursday episodes full of touchingly beautiful goodbyes. This week was Lowe and Rashida Jones making their long-predicted escape from Pawnee. Neither Chris nor Ann ever felt like a true Pawnee resident, important more for their relationships with the central Parks & Rec characters than for their own story value. The result is that their farewell episode was gorgeous and their absence likely won’t leave that big of a hole (thank goodness). It’s almost the perfect TV departure, in a way. As Ben (and the other guys) strove to pay tribute to Chris, Leslie threw Ann the perfect party and broke ground on the park that kicked off the series and their unlikely friendship. It was simple but sweet and every pair of characters got their moment of goodbye (April, obviously, stole the show bidding farewell to Ann and Chris’ last embrace of Ben was heartbreaking) but it came down in the end to who it had to come down to- Ann and Leslie. It’s easy to forget who season one Leslie Knope was, and it’s easy to think of Ann as an often boring side character who never really fit into the story, but Leslie is Leslie because Ann was her friend. The show rarely made a big deal of that fact but, looking back, it’s wholly true. Theirs was a uniquely nuanced television friendship and while I’m not yet convinced that I’ll miss Ann all that much (Rashida Jones will move on to write more, which I’m psyched about), I’ll certainly miss Ann and Leslie. Their goodbye at the groundbreaking was lovely and poignant but the tears didn’t really start to fall until Leslie packed Ann’s car with sandwiches and caffeine-free iced team before stepping back into Ben’s comforting arms to watch her best friend in the world drive away from her. I can honestly say, it hurt a little.

The other memorable goodbye was one week earlier when Donald Glover made his fairly random exit from Community. A very strange hubub of news about the Childish Gambino last year revealed his imminent departure from the weird stepchild of NBC Thursdays. But, as strictly an audience member, it felt crazy abrupt (though at least the McGuffin was somewhat amusing). Unlike Ann and Chris, Troy was stitched into the fabric of Community possibly more tightly than any one other cast member. Pierce lifted out like that character had been created inside a non-stick pan, but Troy- he’s the only character tied to another character’s backstory (Annie), he’s one side of a very strange love square (Britta- Jeff- Annie), and he’s the only person in the universe of the show who is able to really communicate with its breakout character (Abed). He started out a little uninspired and blossomed into a strange, fascinating, loveable, often genius character that will be very hard to live without; to overstate it a little, Troy is Community. And Community without Troy honestly doesn’t hold that much interest for me. I’ll likely still watch- because Dan Harmon has earned my loyalty if nothing else- but I’m pretty sure it’s a Matthew Crawley-sized blow Glover just delivered the ever-struggling show. He’s so smart and charming and cute and multi-talented but I likely will never like him quite as much now. Because I’m petty like that. But, tell me you didn’t want to scream when Abed said his line about the homing pigeon DNA (props, Harmon). “You may notice side effects, like the compulsion to come back”… excuse me while I collect the pieces of myself from the floor.

Parks & Rec had the better episode, but Community had the harder departure. I’m pretty sure I know which one is more likely to survive.