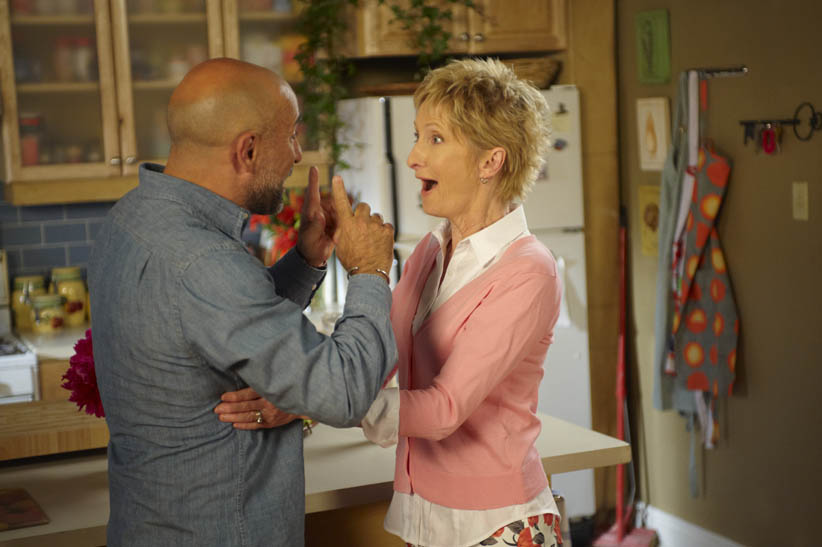 Big Divorce on the Prairies

Last night was the premiere of Little Mosque on the Prairie’s sixth and final season. We last saw our beloved Saskatchewan Muslims in spring 2011 as series-central couple Amaar and Rayyan finally got hitched and drove off towards their honeymoon (a sadly anticlimactic kiss capped the series’ 5th season). We pick up a few months later with the couple’s honeymoon cut short so they can return to Mercy to… wait for it… comfort Sarah as she works through her divorce from Yasir.

Yeah sure we got some Sitara Hewitt hair action and cutesy newlyweds-in-the-kitchen fun, a standard but fun Baber story and some fabulous Mayor Popowicz one-liners, but this could have been the greatest episode in history (which it was not, because it was not written by former series MVP Rob Sheridan) and it still would have been angeringly ridiculous. Maybe the problem solvers on this writing staff have never actually seen the show they write for because that can be the only possible explanation for splitting Sarah and Yasir up. There hasn’t been a divorce this unlikely on TV since someone had the bright idea that the way to end Mad About You would be to reunite Paul and Jamie post-split (*shakes fist*).

I get it, Carlo Rota left the show and his absence was naggingly suspicious, but a little bit of disbelief suspension isn’t too much to ask considering the alternative, apparently, is splitting up the least dramatic, most loving, most solidly unshakably functional couple in Canadian TV. Killing Yasir off would have been preferable (though, I’m sure, a bit much to ask of poor Sheila McCarthy after the death of Peter Donaldson last year). Actually, I’m sure there was a meeting at some point where that was ruled too dark an option, but imagine the character possibilities- the tonal deepening, the crises of faith, the strengthening of community- that would have inspired. Or they could have just left the guy in Lebanon, used their thinking caps to come up stories for Sarah alone in Mercy. Instead, we’ve got 13 episodes of Sarah exploring her newly single self as we actively pretend Yasir and her would ever, in a million years, get a divorce. Let’s ignore the serious frowny face Islam sports towards broken marriage and just mourn the fact that it simply makes no character sense.

I was prepared for a season of Rayyan-Amaar newlywed stories and a dramatic shift away from the Sarah-Yasir household since Hewitt and the adorable Zaib Shaikh can now utilize their superb screen chemistry a little more easily, but that could have been done without dropping Yasir like he’s hot. Now there’s a dark cloud over the season, reminding viewers that this is not the happy prairie they once fell in love with.