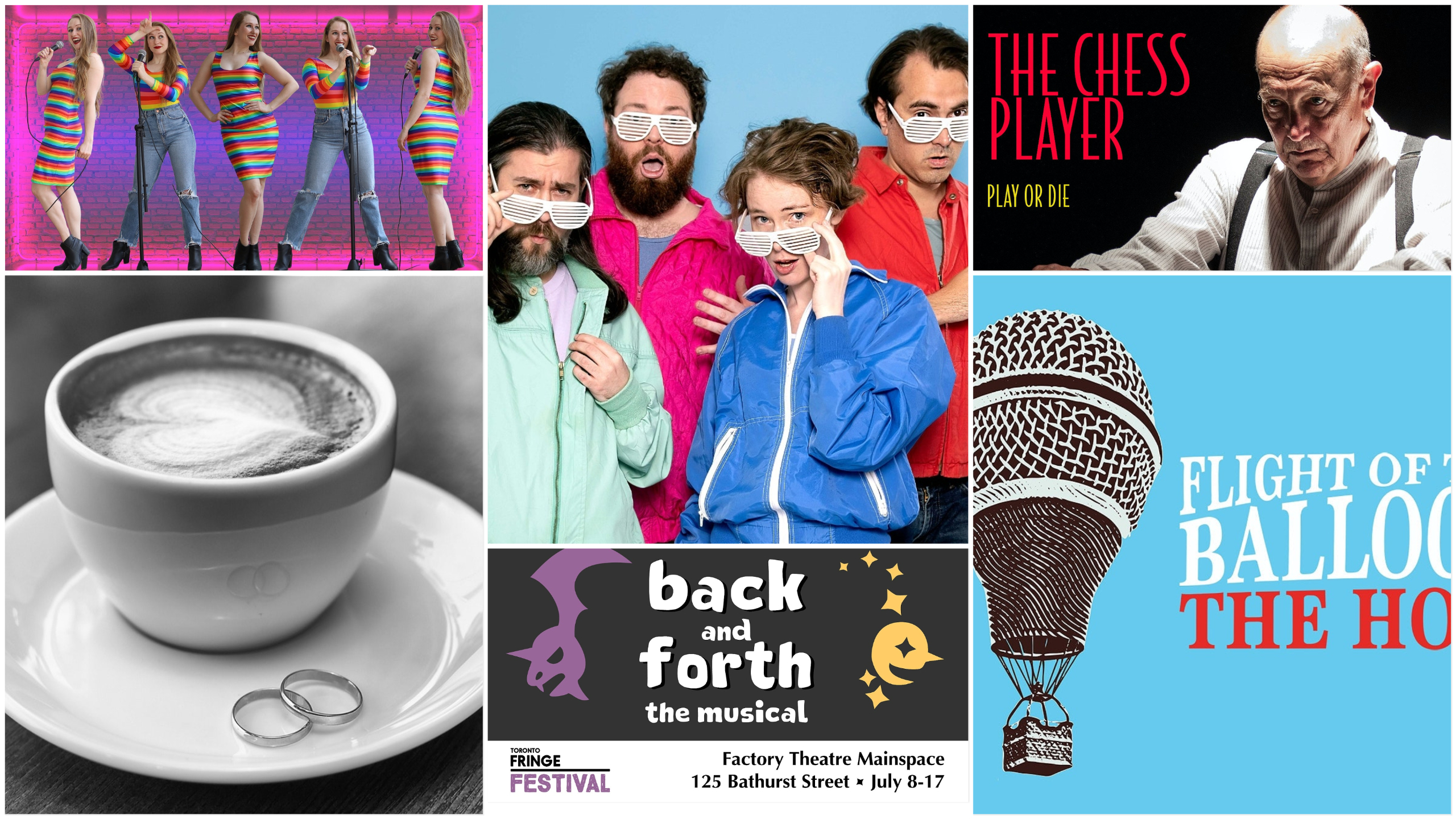 Sex T-Rex is the best in the business for absurd, physical, goofy but never empty comedy. Known principally for their cinematic narrative work and D&D improv, this straight up sketch show is a slightly different mode. The quartet of Conor Bradbury, Julian Frid, Kait Morrow, and Seann Murray has been performing together for over a decade and that chemistry really comes through in not only the synchronicity of their performances but how beautifully they craft a piece to cater to each individual’s strengths and how they best fit together. Recurring concepts and characters create cohesion in this sprawling show with each variation on their core themes spiraling crazier and crazier. Impressions, accents, puppets, murder, social justice, Henrik Ibsen and butts- what more could you want from a sketch show?

Laura Piccinin is irresistible. At the first performance of their solo standup routine about living as the plus sign in the LGBTQ2IA+ acronym, she lost their place multiple times and had to run to check her notes. Their pauses for laughter were a little too planned rather than reactionary and she struggled to transition out of both the darkest revelations and their funniest lines. But she’s a captivating performer and an excellent writer who isn’t afraid to embrace awkward ambiguity and confront an issue from multiple angles. Billed as a “coming outs” story, Lesbihonest tracks Laura’s journey from their first inkling of attraction to women through her first coming out to friends then to their parents then having to come out again and again every time her understanding of their own sexual and gender identity evolves. Laura’s blunt honesty marries with her winking charm to present complicated material in an utterly accessible way and the imperfection and confusion they’re not afraid to acknowledge in herself makes even the first night jitters appear as winning vulnerability. If standup’s your jam, don’t miss this one.

Flight of the Ballooncaster: The Hottest Air (B+)

There’s great joy and fondness in this gonzo musical about sports broadcasters embroiled in first a kidnapping then an all-out war. Devon Hyland and Connor Thompason are vibrant multitalents who swing brilliantly between wacky physical comedy and outlandish accents to genuinely good singing to passages of original iambic pentameter dialogue that’s both written and performed so well that my Shakespeare nerd brain exploded a little bit. A few technical glitches marred the opening performance and some of the silliness spins out a little too far from a coherent plot for my taste but the execution is top-notch and the central premise of fun adventure is exactly what we all need right now.

This double bill written, co-directed, and co-starring Joel Pettigrew features scripts with big ideas, few easy answers, and lots of emotional conflict. That’s a pretty darn good place to start. The first play is a conversation between two friends at a coffee shop. It takes a while to get going while the men toss around moral hypotheticals as if that’s a fun activity but, once the plot actually kicks in, the stakes raise quickly and Pettigrew never lets the audience off the hook. Unfortunately, amateurish performances and awkward direction cap the effectiveness of this first piece, leaving the moral anguish merely hypothetical. The second half is stronger, though still marked by some of the same production struggles (I understand that a wedding dress is a tricky costume to source but you can’t put a thin actress in a too-big dress then have her fret that she’s too fat to fasten it). The same forced banter that slows down the first play is present again, this time between ex-lovers Bea & Ben (side-eye on those names for squabbling would-be lovers) but here it serves a stronger purpose to illustrate a connection that’s never truly faded (we don’t need to find his barbs charming, what’s important is that she does). There’s more convincing emotion in this second piece and its moral questions are much more immediate for the characters (it’s not about a decision you might make tomorrow, it’s happening now). Both plays need some refinement, especially early on, and the performances and direction aren’t the strongest but Pettigrew’s work definitely has a spark.

Richard McElvain is clearly a very talented performer. Over the course of his 80-minute solo performance (it’s really more like 85, heads up for anyone with a tight Fringe schedule), he plays too many characters to count, each with a distinct accent and physicality. He tackles really difficult material teaming with themes of oppression and madness, and he stages a type of competition not exactly known for its physical drama (he smartly gets the audience involved with the chess games, setting up cues in a pre-show interaction so we know when to “ooh” and clap politely). Unfortunately his script is all over the place. He’s adapted Stefan Zweig’s novella The Royal Game and assumes the audience’s familiarity with what he considers a definitive classic. Without being familiar with the characters, their appearance in a barebones solo play is very difficult to parse and the plot quickly becomes confused. Rather than focus on the main character’s history of imprisonment and survival through chess, McElvain brings in the novella’s full framing story and supporting characters, including the personal history of the opponent. The result is long and meandering, capped by a strange fourth-wall-breaking monologue about what theatre really is and why he’s made the choices he has. A cleaner narrative structure that uses a more conventional solo show monologue style would help tremendously with clarity. As much as my instinct is to say this show needs a trim (certain scenes carry on indefinitely even after their point is made quickly), I actually wonder if it might be worth expansion. McElvain thrives as the more complicated characters so a co-star who could take over the narration to provide clarity and structure could make a big difference. The Chess Player is an interesting enough story and I think McElvain has found the right story for him, but I think it should be a full play rather than a solo show if it’s going to land with the weight it ought to.

Back and Forth: The Musical (D)

Nothing about this musical about procrastination worked for me from the premise to the vocals to the costumes to the lights (this is probably not the company’s fault but some sort of technical failure literally left them in the dark for a decent chunk of the runtime). Everything feels muddled and not completely thought out- why does this guy want to write this story in the first place? How are these characters related to each other? Why isn’t anyone dressed appropriately for the job their character claims to have? Why are the procrastination fairy’s wings so small? Also, what are they saying? Every lyric is swallowed. The company is under-rehearsed and the direction hopelessly by the book. I get the idea as a logline but an interesting idea needs a lot to become an interesting show.