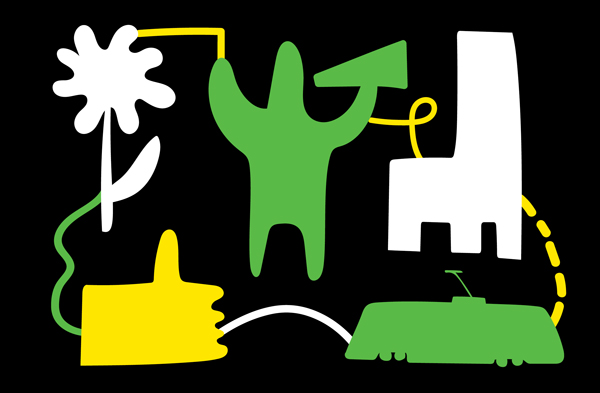 “805-4821 is a trans coming out story made out of other stories: a dialogue from Shakespeare’s Hamlet, a half-remembered swim lesson, and an 80,000 word Facebook correspondence”

This is how the promotional material introduces Davis Plett’s work, directed by Gislina Patterson. I added it to my roster expecting a show that could be messy, might be memorable, and was likely to leave me a lot to write about. I left feeling surprised and overwhelmed but not in a way that I could hope to articulate. It was refreshing to see on social media another reviewer say the same – not only that they had seen the show at all but that they found it just as powerful and also had no idea how to explain it.

The first thing that strikes you is how the show demands your senses’ attention. It draws inspiration from silent movies of a nostalgically re-imagined golden age of cinema, the only sound coming from beach B roll, the crackling of microwave popcorn, and the soothing shuffling of projector slides. There is an optional audio track which creates an interesting conundrum for a critic: if this adds or changes enough to form a properly different work can you claim the authority to review it unless you see the show twice (when only a handful will get to see it once)? I chose to go alone and enjoy a silent solitude instead. You’re sitting in a quiet, dark room – someone might fairly chime in that this is just a theatre, but it really isn’t. Without actors prancing around a carefully curated and lighted set, there’s nothing to focus on or be distracted by – the only stimulus is the text, fed to you slowly and on Plett’s schedule. The full text of the performance is sold as a zine that would seem confusing to anyone reading it at their own pace; it only makes sense as an experience, unfolding line by line for a captive audience. It’s a relaxed performance, meaning that you can come and go at your leisure, but nobody around me left their seat; you need to be in on the joke and don’t want to break the spell.

The work references famous acting coach Patsy Rodenberg’s claim that the key question in Shakespeare is: Are we present or not? Watching 805-4821 demands that you be present and attentive. Plett writes that, after transitioning as they prepared this work, “Traditional modes of performance – standing on a stage, looking people in the eyes, speaking text – suddenly felt frightening. I didn’t want my body to be seen like that. I didn’t want to be heard in that way, I didn’t want to look people in the eyes, I didn’t want to be understood as something I was not”. Now, as Plett sits center-stage, a virtuoso with the projector, they can command our attention from the shadows – and have their voice be heard in the silence.

Greenland is a profoundly touching tale of loss blurred by awkward metaphors. Through a series of monologues from internationally (but not domestically) renowned glaciologist Jonathan, the struggling actress he’s married to, and their adopted daughter, we see a family struggling in their own ways to process a loss that is tearing them apart internally and from each other.

The show – including original leads Andrew Musselman and Claire Calnan – returns to Summerworks a decade after its premiere for a staged reading. Normally this minimalist format might detract from the overall experience but it feels right here – the focus of the work is the dialogue and the lack of interaction between the characters is part of the point. Musselman and Calnan both inhabit their roles very naturally – which, as Calnan mentioned after the show, is much easier now that they have aged into those roles and can find them more relatable. Musselman’s Jonathan displays a perfect contrast between his successful public persona and his dysfunctional home life, where his obsession over his work leaves only scraps of attention for his family. It’s meant as no insult to say that Calnan is a convincing Judith – exhausted and caustic, escaping the husband she settled for with meaningless flings and a smoking habit. Though they set the bar high, the show’s brightest light is its new addition. Miriam Fernandes’ Tanya is a funny, bratty, firecracker whose upbeat stream of consciousness is a refreshing complement to her parents’ confusion and embitterment.

Greenland’s weakness is its reaching for a larger purpose. The opening night was coupled with a fundraiser for Environmental Defence and much of the press around the show focused on its ever-increasing relevance for our times as the world continues to burn. However, beneath the deeply shallow symbolism of Jonathan drifting away from the family onto his own island, this overcurrent makes no real contribution to the work; if he held an unglamorous research post in some Ontario town, the script would be tighter. That said, if invoking an existential crisis is what it takes to get people in the doors to see some great theatre, so be it.

rochdale is a hot mess. The sight that greets audience members – papers strewn everywhere, misplaced furniture, a cast that’s colourful in every sense – sets the tone for the night. It soon becomes clear that the disorder is deceiving: what you’re about to enjoy is a carefully choreographed delight that knows what it’s doing and has fun doing it.

David Yee’s work, directed here by Nina Lee Aquino, covers a brief but intriguing snapshot in history that celebrates its fiftieth anniversary this year. The vague, all-encompassing idea of a ‘counterculture’ that swept through the West in the 1960s manifested in different ways in different places; in Toronto, it’s best remembered for an infamous experiment in alternative lifestyles and communal living that promised to set an example to the world – or a cautionary tale. We meet long-lost (and presumed dead) general manager Whitman as she returns to the pandemonium left behind in her absence. As she attempts to deal with cops, squatters, and an attention-starved elevator without becoming the authoritarian they are rebelling against, the group also grapples with larger questions: what – and who – are they there for?

A fun, free-wheeling script is aided by the costume design (Tiana Kralj), which is crucial here to achieve the right aesthetic, and Mona Farahmand’s set, which reflects the ambient chaos of the Rochdale complex. The work doesn’t take itself seriously and revels in it; the cast clearly enjoys their roles and it’s a joy to watch them. The moments where the plot takes shape – a scheme to evict a dangerous squatter or hurried exposition of the governing structure – are the least engaging but they don’t lull for long and there’s always some absurdity around the corner to draw you back in.

Based on real events in VICE’s Montreal offices and elsewhere, Graham Isador’s workshop piece White Heat features Makambe Simamba as journalist Alice Kennings, the target of a hate campaign instigated by an anonymous alt-right podcast host, deciding to take a stand despite her fears and unmask her tormentor. When she eventually meets “The Captain” – played with blood-curdling menace by Tim Walker – she has to decide how to balance her desire for justice with the impact on his family and whether to give him an out.

Alice’s anger and vulnerability combine for a powerful performance by Simamba which is best at its most personal. Her half of the alternating monologues that make up the show’s first act often consists of material which would fire up fellow activists at a rally or online but which reads as exposition that could be delivered by anyone. When we hear how this intimidation has affected Alice personally and professionally and watch her agonize over how to proceed, the character feels more complete. Walker’s role as The Captain is necessarily more polarized, forcing him to shift between doting but dubious father and frothing, faceless hate-monger. He pulls off both extremes (his Limbaugh clone has a scarily realistic cadence) but the script could use more hints of what’s to come: Alice asks semi-rhetorically how a seemingly sweet man could be or become so full of hate but we aren’t given many signs of anything in between. The plot structure parts the leads until the end but their meeting is a highlight as it deftly blends those two halves of The Captain and sends Alice on a fulfilling final arc. The Captain’s demeanour in person – an apparent, almost nervous civility turning into a defensive, entitled anger and smug logic games – is a perfect portrayal of that type; Walker rides that wave well.

Alice – and obviously, in this case, the play – offers a prescription: punch Nazis, or at least don’t be queasy when people do. The diagnosis is less clear. Alice predictably skewers the “mediocre white men” for whom The Captain and his ilk offer a dangerous power fantasy but – understandably, to a point, given White Heat’s specific focus – leaves out the actual captains of these movements or their place in larger power structures. The punch heard around the world – in many delightful remixes – was delivered to Richard Spencer, a trust fund baby with too many degrees whose confidence and presentation style made him the acceptable face of white nationalism for too many gullible media outlets; he could never fill that role as the proverbial loser living in one of his mother’s many basements. One wonders what Alice Kennings would make of Alice Weidel.

We are left to ponder our Alice’s question: what is it that turns someone’s general resentment into a combustible hatred of the other? It’s not White Heat’s fault that it offers no easy answer. The plot of the play is all the more terrifying for its grim sense of inevitability. Someone will write White Heat again; it will be based on real events.