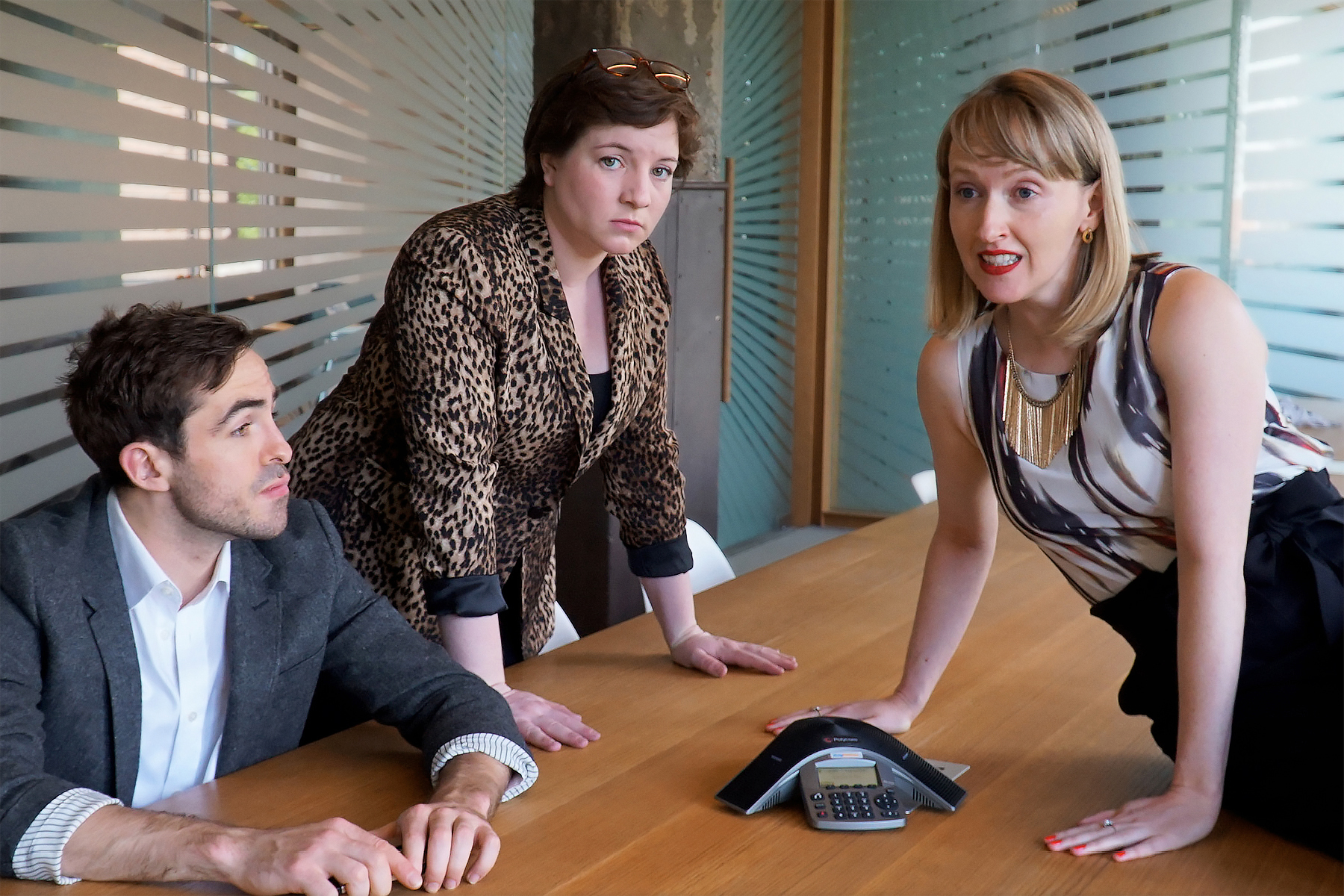 Off the bat, because all our other Fringe reviews have letter grades right beside the title, let’s get this out of the way and just say The Huns is getting an A. But read on for too much explanation of why that grade doesn’t quite say what I need it to say.

Stop me if you’ve heard this sermon before (or, actually, don’t; it bears repeating) but where the hell is the arts funding and year-round patronage support for companies like One Four One Collective and the Spadina Avenue Gang? I’m late with this review so I’m going to let the many other outlets who’ve already sung the praises of The Huns do most of the specific praise-singing. It’s funny, it’s moving, it’s fantastically sharp in both technical execution and societal incision, etc etc etc but The Huns is a real “one of these things is not like the others” situation within the larger Fringe landscape and I’d rather talk about that.

The powers that be in the Fringe office thoughtfully programmed The Huns in the Crows Theatre mainspace, a 200 seater and the kind of top-tier Toronto venue that the independent companies behind The Huns are not in a position to rent for themselves (because, again, there’s a gigantic funding gap that prevents small producers from making the leap out of the niche indie community and into the loving arms of wealthy patrons who don’t frequent theatres with fewer than 150 seats). The effect is a weird out-of-Fringe experience in the middle of Fringe like that one night a year when the media has to leave the festival to go review whatever professional company thoughtlessly programmed their opening night on top of the Fringe.

Even in a strong year for the festival, the vast majority of what you see is going to be under-rehearsed, under-designed, under-tech’d, and the script is probably still a first draft; or it’s a low-fi show that can be executed with precision despite massive time and resource limitations (Fringe companies have less than 3 hours to tech their entire show, a process more reasonably accomplished over the course of a week and proof that Huns stage manager Aidan Hammond’s superheroics extend beyond calling the show live with remarkable precision and hilarious timing). This means that when we’re assessing what works and what doesn’t, we’re using a bellcurve. An A+ Fringe show might be one of the best pieces we saw all year but, realistically, it’s not. On the grand scale of Toronto’s professional theatrical landscape (and, yes, independent artists are professionals), a great Fringe show is probably a B or B-.

But, despite being part of the Fringe, nothing about The Huns is Fringe-y. The cast (Jamie Cavanagh, Breanna Dillon, and Cass Van Wyck) are all award-nominated pros who deliver sophisticated character portraits that feel prepared and fleshed-out as if they actually got proper rehearsal time (which they may not have, which is even more impressive). Marie Farsi’s direction is incredibly tight, Alexandra Lord’s costumes are pitch-perfect, and Andy Trithardt has teamed up with an all-star roster of guest voice actors to grow the show’s scope by a factor of ten with a rich and complicated realistic sound design. Then there’s Michael Ross Albert whose floor as a playwright is higher than the Fringe ceiling and The Huns is maybe his best work yet.

If we let The Huns set the expectation for what an A is, that’s going to force every other grade in the festival down so the average is maybe a C. And to give it the A+ it more than deserves on the Fringe bellcurve is to suggest it’s a perfect production, which it’s not (my main criticism is that the climax dances towards twists that serve up unnecessary drama). So the best I can do is to pull The Huns out of the bellcurve altogether and let it stand on its own as if it were part of a medium-sized company’s season or at least getting a full non-festival run.

I in no way begrudge the producers their right to enter the festival and capitalize on the support it offers but artists of this calibre should be too busily employed to be Fringing. Artistic Directors and print editors and funding bodies have a lot on their plate, I get that, but one of their most important duties needs to be talent scouting and it seems to me that they’ve been neglecting that duty. The talent behind The Huns has paid their dues, done the work, raised their own money, called in favours, built it themselves and put up the goods in two Fringes in a row now (to say nothing of their non-Fringe producing). It’s time. Pay attention. Tell someone to tell someone to tell someone to invest in talent. They’re screwing up my bellcurve and it’s time to get them the hell out of here.