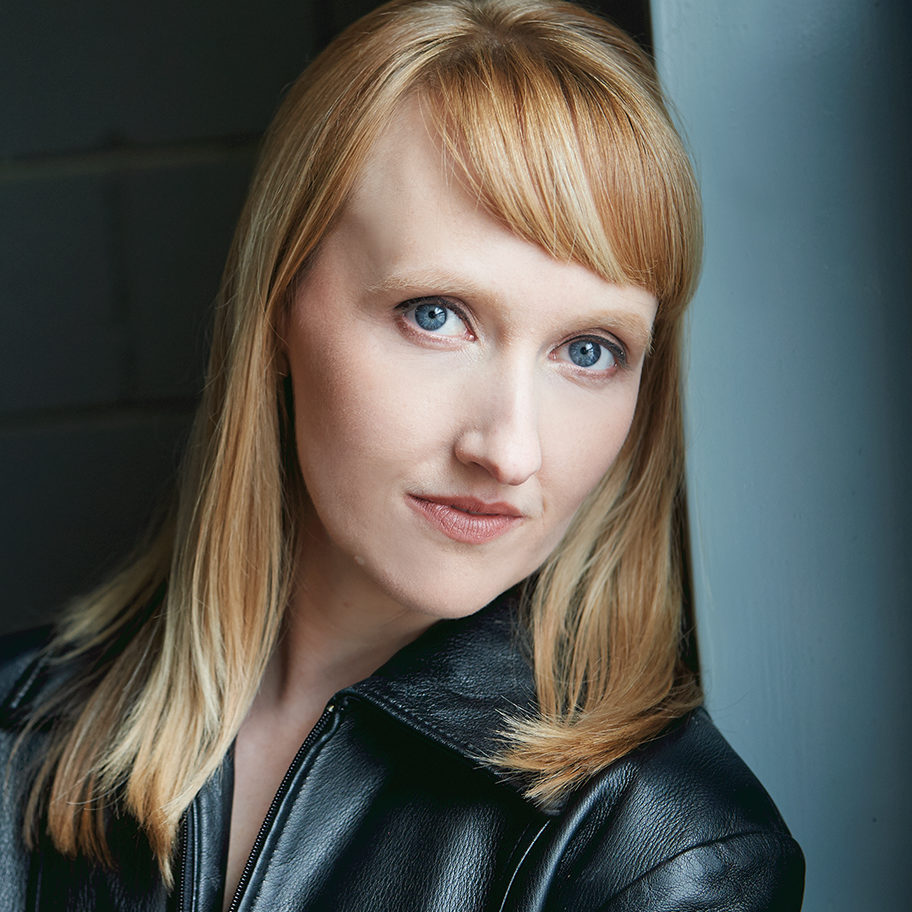 Dora nominee Breanna Dillon is one of an incredible number of women in this year’s Critics’ Pick Awards who produced the show which garnered her nomination. Co-founder of Witchboy Theatre with her director Christopher Hayes, Breanna was both producer and star of Tom Noonan’s harrowing first date play What Happened Was…, a star turn that earned her an Outstanding Leading Performance in a Play nomination.

Can you remember your first experience with theatre?
My first experience on stage was in 2nd grade at our Christmas concert. I was cast as Mary. I thought {in my mind} there was going be a big scene between Mary and Joseph and that we would get to sing with a microphone, but it was just Mary and Joseph with a baby Jesus doll that was much too big for the tiny baby basket as a nativity scene tableau, just watching the choirs and school band perform.

When did you know you wanted to be an actor?
Ever since I was a kid. I loved movies. I loved fun capers like The Goonies and Adventures in Babysitting. I wanted to be Elisabeth Shue for a long time. I wanted to be a part of that excitement, of creating, sharing and storytelling.

What’s your favourite role you’ve ever performed?
This one. Absolutely, without a doubt. This play, this role and the whole process changed my life. A role of this magnitude was my ultimate test as an actor. It was so demanding emotionally and physically. Being on stage the entire time for 85 mins, defrosting dinner in the microwave on stage so it is edible later, changing my outfit multiple times, opening a bottle of wine with a corkscrew and not break the cork! Drinking copious amounts of wine, eating an entire meal without choking, cueing up cassettes to play, do a 10 minute mid-play monologue which was like a mini one woman show, make sure my accent is consistent, laugh, listen, answer, allowing the natural occurrence of emotions, tears, laughter or rage that were different night to night and trusting in myself that I am grounded and truly living moment to unanticipated moment. Having that emotional freedom as actor is such bliss.

Tell us about Witchboy Theatre and its artistic goals.
Witchboy Theatre was founded in 2014 by myself and Christopher Hayes. Originally our mandate was bringing critically acclaimed but rarely produced shows to intimate Toronto venues. We did so with 3 successful shows: Love and Human Remains by Brad Fraser, Metropolitan Operas by Joe Pintauro and most recently What Happened Was… by Tom Noonan. Witchboy is now expanding its mandate to include challenging, never-before-seen works from emerging local playwrights. More information about us can be found at www.witchboytheatre.com.

What attracted you to What Happened Was… as a project?
The role of Jackie is such an incredible role for an actor. I felt so immediately connected to her and every word that Tom Noonan wrote was so raw, honest, poignant and layered with awkward dark humour which I adore. I loved that it took place in New York in the 90’s. A time where if you are dating and trying connect with someone you have to ask them out in person or over the phone, pick a place to meet and show up on time! You couldn’t google someone, you had to ask them questions and actually make an effort to get to know them. Acting and producing a show is always a tall order but my mantra from the day of the first reading, knowing what I was getting into was “If I can get through this alive then I can do anything!”. And the opportunity to work again with my fellow comrades Chris and Craig made it an easy yes, for all of us I think.

Tell us about working with Craig Henderson and Christopher Hayes.
It was the best! We have known each other for 10 years. We met in New York at Neighborhood Playhouse. They are both my dear friends and it was great to work together on such a challenging piece of theatre. Craig was the reason this show came to be. He found the script and told me about it over coffee. There were great parts for both of us and Chris had been wanting to direct. Witchboy had been on a hiatus for awhile and WHW was just the perfect fit to what we were all seeking in artistic fulfillment. Craig was such a great co-star, always so supportive and kind. Chris has such great instincts as a director and it was so great to see him shining in this new element. He cared so much about the play and has such great attention to detail. They are my family and I love them both so much. The entire production was such a collaborative effort. Our AD Stephanie Williams, our set designer Mike Vitorovich, Steve Vargo and our co-producers Leroy Street Theatre were so incredibly supportive and hard working. It would be exhilarating to remount it one day, I would love that.

The production was very rooted in its time period. What were some of your favourite details thrown in to set the stage for the 90s?
The tape player and cassettes!!!! I forgot how much I missed holding those little boxes, the noise they make when you open them and then taking out the insert and memorizing all the lyrics to the songs. Tapes are so nostalgic and I am sure everyone has a special memory of either making or receiving a mix tape. They took time, planning but were so damn special.

What are you working on now/next?
I’m going to playing a Doll! Witchboy Theatre’s next project is new play written by Joanne Sarazen called The Doll Play: A Miniature Revolution which is about a group of dolls living in a Child Psychologist’s office that come to life and decide to punish the Doctor for the abuse they have suffered at the hands of her young patients. It will be a very unique theatre experience as we will also be working with projections and puppetry to build on the magical realism of the play. We will be co-producing with Blood Pact Theatre and we will be performing at their new theatre space in the Junction called The Grand Canyon in May 2019.