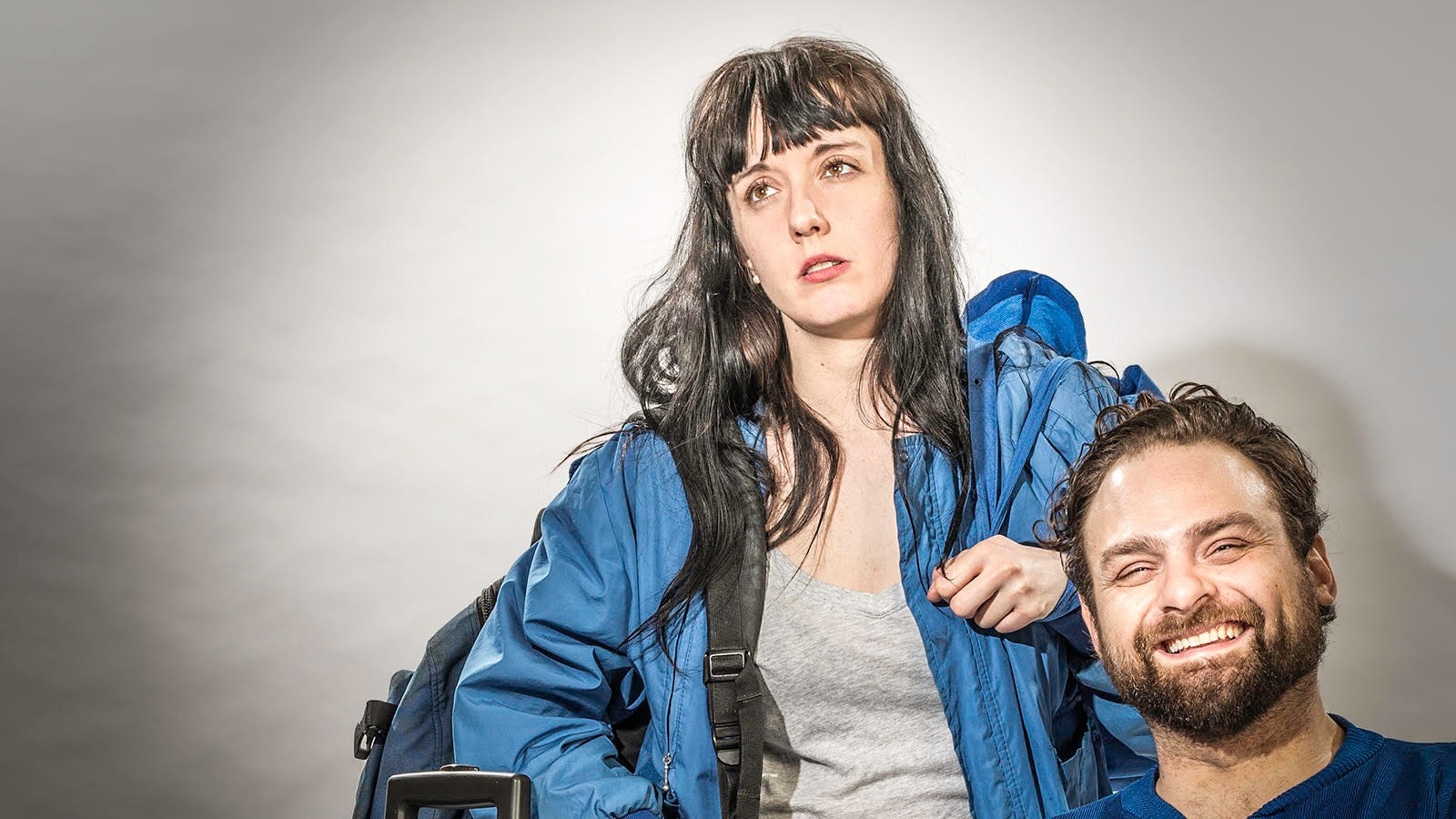 Emotional Labour (A)
Written and performed by Jess Beaulieu and Luis Fernandes, this clever two-hander about the division of labour, both emotional and physical, in modern relationships is devastatingly relatable. It’s not subtle, but I fear if it were any more subtle it would lose its impact on the audience members who most need to hear it. Fernandes is particularly great as a pretty good guy who lets himself off the hook for being a bad boyfriend on account of knowing himself to be a pretty good guy. It’s both a cautionary tale and a searing portrait of what we’re already putting up with.

It’s Getting Hot in Here (B+)
A cheerful sketch show about the grim realities of climate change, this revue walks the line of seriousness smartly and gets extra credit for keeping the lecturing to a minimum. A seemingly too-teachy bit on recycling pays off beautifully when it’s taken to absurd extremes in a Game of Thrones parody and anytime things are starting to get too bleak, the cast launches into an ABBA song and brings the energy back up.

Checkpoint 300 (B)
This is a tricky one because, for a regular Fringe show, it’s pretty good but writer/director Michelle Wise won the New Play Contest to get this show into the festival and that raises the expectations pretty high (the New Play Contest winner is usually one of the only sure things at the Fringe). For a New Play Winner, it’s still a little rough, too reliant on twists and the cast is merely so-so, but there are great, ambitious ideas here and some really poignant subject matter. It just needs a little refinement.

Be Kind Rewind (B)
The latest from Fringe stalwarts Barbara Johnston and Suzy Wilde is very sweet but too simplistic in its storytelling. A clever gimmick that sees the main character played by four very different performers highlights the “everyone feels like an outsider” subtext but the predictable result is a protagonist who feels too ill-defined to invest in. A higher density of songs and a more nuanced approach to the antagonistic forces in the story would go a long way.

Peaches on a Cherry Tree (B-)
There’s a lovely tenderness to this play about a couple who decides to die together after one of them is diagnosed with a terminal illness but the dark comic turns that play out in the second half make some key characters feel cartoonish and the lack of intimacy in the direction leaves the romantic relationships a little cold.

Sketchy Adventures in the Enchanted Forest (B-)
Amy Slattery and Damien Gulde’s supporting performances as an array of magical characters steal this silly show about a young girl trying to find herself in an enchanted forest. Their predictable script, on the other hand, leaves a lot to be desired. The go-for-broke fun of their Bugs Bunny baseball routine as they bounce around between dozens of roles isn’t matched by equally ambitious storytelling and the result is a bit of a letdown.