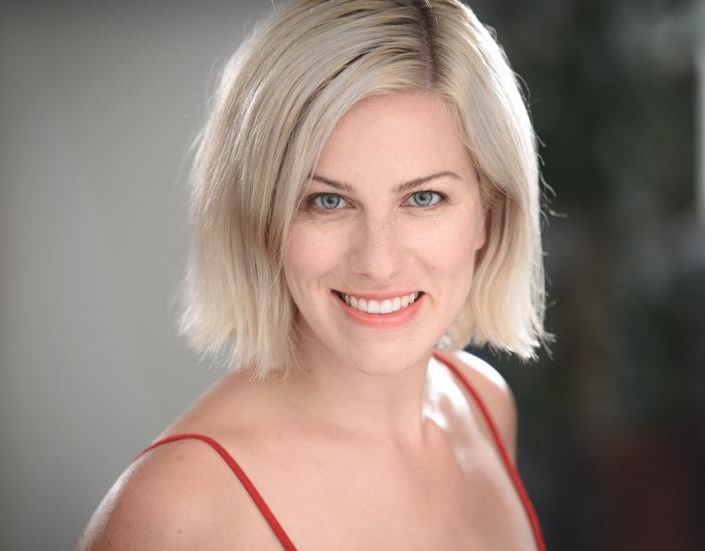 A rising star in the new wave of Canadian Musical Theatre, composer Barbara Johnston is a Fringe favourite whose work has been performed on stages around the world (and remember when Alison did a musical about murder on Orphan Black? That was Barbara’s first show Blood Ties!). A past nominee for her epic fantasy musical Summerland, she’s nominated this year for Outstanding New Work for Maddie’s Karaoke Birthday Party, a creative site-specific all-star collaboration with lyricist Suzy Wilde and creator/director Byron Laviolette.

Do you remember your first experience with theatre?
I’ve seen and been around theatre for as long as I can remember. My parents worked in theatre and so did all of their friends. My dad was workshopping a musical in New York when I was a kid and so my mom took me to see it (and him) at two weeks old. The first musical I can actually remember seeing was The Secret Garden.

What are some of your all-time favourite musicals?
A Chorus Line, Sweeney Todd, Fiddler on the Roof, Hair, Into the Woods, J.C. Superstar, Show Boat, Kiss me Kate, Urinetown, Natasha Pierre and the Great Comet of 1812.

When did you start composing?
Suzy and I are started writing folk songs together with our friend in high school after our vocal lessons every Wednesday. Before I started writing musicals I was writing three part harmony folk/pop songs with Suzy and our friend Anna. When Anna went away for university, I met Anika Johnson and she joined Suzy in our band called ‘Stonefox’. We played a bunch through university. The first draft of a musical I wrote was Blood Ties in 4th year at Ryerson Theatre School.

Where did the idea for Maddie’s Karaoke Birthday Party come from?
Brian Goldenberg [producer] approached us. He had the idea for an immersive show about a karaoke party where the songs would tell the audience something about the characters singing them but would also be in the style of pop songs you might hear at karaoke.

How did you decide what type of song each character would sing?
We had a lot of fun with this. Suzy and I were given a list of characters and “working titles” for songs with suggestions of genres for each. We used the character descriptions and titles as a jumping off point and then changed the titles and went with song styles we thought would suit each character. We took the suggestions (I believe from Byron) and then wrote what style we thought would make sense but also included styles we were excited to parody and give homage to.

What were some of the challenges of writing in such different genres?
Not copying directly.

Tell us about your collaborators Suzy and Byron and how their work on the lyrics and book influenced your musical choices.
Suzy and I work very collaboratively and most of the work I did was with Suzy, locked away for a couple of weeks. Suzy would build tracks on garage band and together we would figure out groove, melody and lyrics. We spent a few days in Trinity Bellwoods just wandering around singing and creating a bunch of the melodies.

Byron gave us a very detailed character descriptions plus plot points he wanted to see happen within the show. Suz and I tried to honour what Byron had given us and then also see what we could create in the songs. The songs were written before the book, but the songs were informed by Byron’s “cues” and character/story points. Along the process the three of us met several times to make sure we were all on the same track.

What were some of the biggest challenges of doing an immersive site-specific musical?
Making it feel naturalistic, working with a new crowd every night, keeping it fresh and fun. Some blocking for a couple numbers where we sort of break the karaoke device made it challenging too – the singers moving around the full space of the Monarch Tavern.

What character did you most relate to?
I related to Wynn the most. His song “Spotlight” was influenced a lot from our (Suzy’s and my) high school days where we spent several evenings with our friends singing karaoke at Crews and Tango’s in the village. I won third place at Pride when I was 19 in a big karaoke contest and I remember taking it very, very seriously. Foofer (she works at Wayla on Tuesday’s now) was the host and she was one of the best singers I ever heard.

Did you have a favourite moment in the production?
“Spotlight”.

What are you doing now/ what’s your next project?
Suzy and I just returned from a Western Canada tour with Wannabe: A Spice Girls Tribute and we have a few dates coming up at the Mod Club in May. I am co-directing a show in Fringe this year with Ann Merriam and the Edge of the Sky team that Anika and I wrote together called One Small Step. I am also choreographing and assistant directing a new exciting immersive show called Dr. Silver written by Anika and Britta Johnson, a co-pro by Musical Stage Company and Outside the March, which will be part of Luminato and then in full production this fall.

Do you have anything you’d like to add?
Thanks for the nomination and to everyone who came out to see this show!