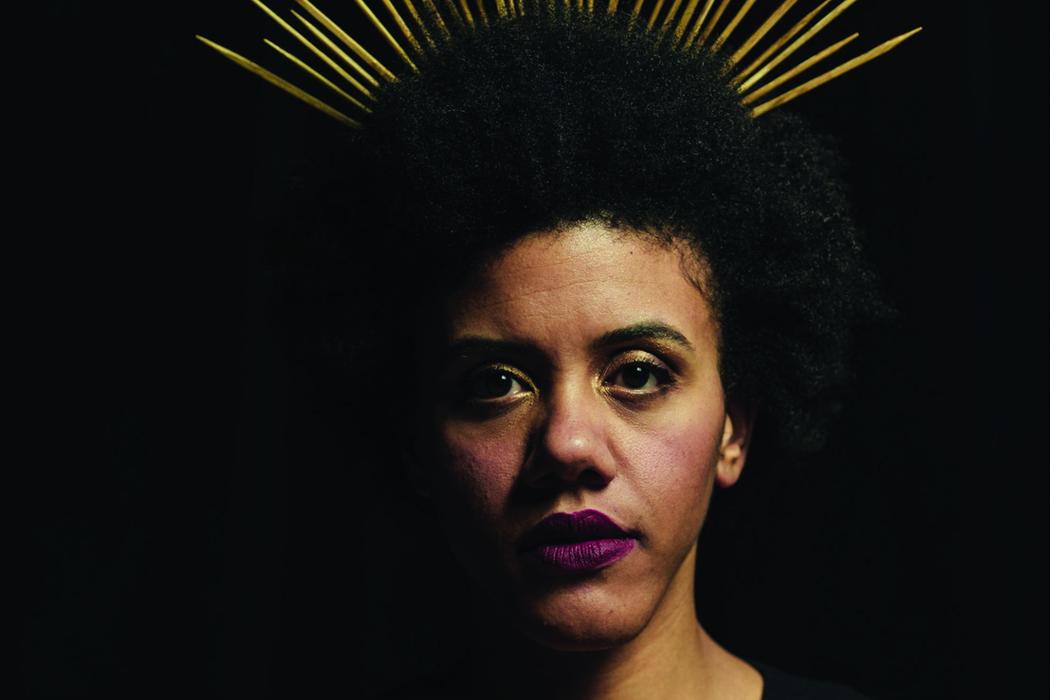 Body So Fluorescent (A+)
Desiree and Gary are close friends. Very close. Until one night in a club leads to an explosive fight. Lets just say that Desiree is black and Gary is white, but sometimes takes on the mask of a black woman when he wants to let loose from stress. Enough said.  Actress Amanda Cordner transforms between both characters, in addition to portraying Gary’s alter-ego Shanise. Cordner’s performance is a sheer force of power. I have, honestly, never seen anything like it. She does not skip a beat, never stumbles on a line, never breaks character even for a millisecond. The focus and commitment of this actress was beyond unbelievable. Together with writer-director David Di Giovanni the duo manages to tackle topical contemporary issues of race with polished writing and plenty of humour. After all, we are all humans trying to live and learn the lingo that makes up our cultural fabric right? Some people try a little less than others. Some a lot less. If our close friends say or do things that erase part of our identity, parts of our history, do we forgive them? When do we put our foot down and how? Di Giovanni and Cordner certainly rise to the challenge in answering these important questions. All in all, Cordner flawlessly transforms from the biggest, baddest, sexiest bar star to the smallest, most vulnerable person you have ever seen walking home at night. She also displays the emotional struggles that happen in between those states of being. As Gary explains, sometimes it’s not easy to be vulnerable because it’s so much more comfortable to just live in the mask. You really need to see this performance to believe it happened.

Overhear Toronto (A)
This officially marks the first time I have experience a piece of theatre on a mobile phone app (designed by Jacob Niedzwiecki). Overhear Toronto is part of SummerWorks Lab Programming so we can expect something especially experimental in nature. In fact it’s a guided walking tour throughout the Trinity Bellwoods Park area where you listen to the interesting stories of migrant Torontonians. It includes some stops at food joints too where you have even more chances to engage with the history of local businesses. I lose focus very easily and one can especially be pulled in so many directions outdoors, so I was worried I would get bored quickly. However, I was pleasantly surprised to be thoroughly engaged by the narratives and format of this performance, including the soothing voice of producer Natalie Feheregyhazi who guides us along to our destinations with anecdotes and challenges, urging us to question how we take space in and respond to our environment. Altogether, It’s a reflective and relaxing experience. At times you find yourself identifying with parts of the stories and in other instances you are struck by a fascinating idea you had never even contemplated. I hope to have more experiences like this to compare with. It forced me to question the role technology plays in my life and how it can be transformed into a much more positive tool.

Adrenaline (A-)
In the first half of Adrenaline, writer and performer Ahmad Meree shares dinner and gifts with his mother, father, and brother in Syria. It all proceeds slowly, and I get tired of reading the subtitles. I feel like we are being talked to most of the time, but shown very little. I do enjoy how Meree committedly personifies household items to evoke each member of his family: a coatroack, a fan, and a barbeque tank. Then, there is the bomb that will forever change his life. The deconstruction of each food item to symbolize the aftermath of the explosion is the most powerful part of the show. You can’t help but get choked up. I could tell by the faint sobbing, at least a couple audience members were triggered even by the faint sound of explosions in the background, and Meree’s emotional goodbyes. As he sits in his new Canadian home eating pizza from a box on New Year’s Eve, it’s confirmed the whole story was a recollection. Fireworks sound a lot like bombs don’t they? I have always been astonished at how people move on from tragedy. Or do they ever really? The Pizza Pizza directly across from the Theatre Centre hits you with irony as you realize that what we might joke about as bad pizza might just be another person’s safety net.

The Extinction of Hong Kongers (B+)
In The Extinction of Hong Kongers, two skillful artists, Roland Au and Santayana Li, intricately recreate their birthplace using boxes and paper. They passionately trace their experience growing up in the 80s and 90s witnessing the transition of Hong Kong from British rule to an administrative region of the People’s Republic of China in 1997. The show moves fast, making it difficult to retain every tangible fact of this complex history. There is a lot of Mandarin and Cantonese in the show and only a handful of live translations from the performers. I would have appreciated more. I felt disconnected from the narrative somehow. While the performers often address the audience directly in English, separate from their puppeteering, the lack of physicality makes it difficult to appreciate more of the narrative. It’s an emotional journey, complete with engaging potato puppets. These fun puppets are the best part, as well as, the beautiful transitions achieved with great props. It’s clearly an emotional journey for the performers to tell this story about the place that shaped them and then transformed so quickly almost overnight, and one that actually brings Au to tears in the end.