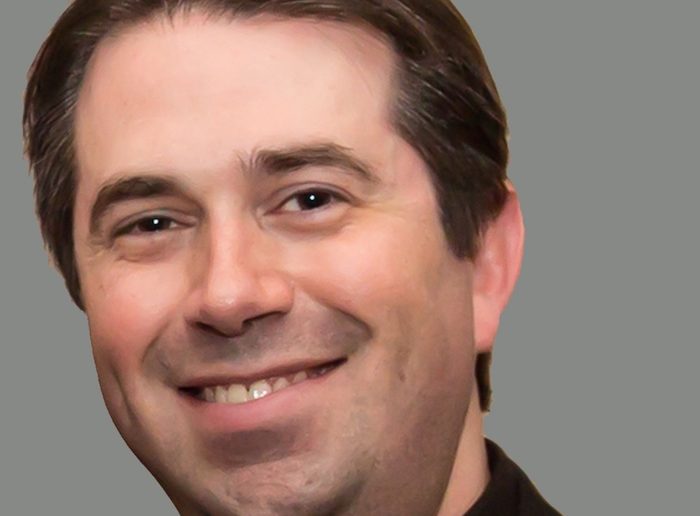 One of the biggest hits of the 2017 Toronto Fringe Festival was an ambitious all-star immersive site-specific new musical staged at the Monarch Tavern. To celebrate their Outstanding New Work nomination, we caught up with three of the key creators behind Maddie’s Karaoke Birthday Party, including composer Barbara Johnston, lyricist Suzy Wilde, and producer Brian Goldenberg who came up with the idea for the show while attending (what else) a karaoke birthday party at the Monarch Tavern.

Do you remember your first experience with theatre?
It’s honestly hard for me to remember my very first experience with theatre, but I have many fond memories of attending the mega-musicals that ran in Toronto in the late 80’s and early 90’s. At the time, my mother was a middle school music teacher and organized field trips for roughly 200 of her students to attend these shows and I remember tagging along, as I was the same age as her students. The experiences always included some kind of workshop in the morning where you went behind the scenes of the show, then a break for lunch, and then we saw the matinee performance. So, in a way my first real exposure to big musicals were the Toronto productions of Beauty and the Beast, The Lion King, Phantom of the Opera, Miss Saigon, Mamma Mia and Les Misérables.

What are some of your all-time favourite musicals?
Chess, Aida, Legally Blonde, Come From Away, Ragtime, Carrie, Violet, The Wild Party, Jersey Boys, Wicked, Avenue Q.

How did you get into producing?
When I was in university, I was fairly active as a pit musician, music director and conductor, and wanted to music direct a community theatre production of Chess but didn’t have anyone to produce it. I had numerous experiences in student councils and fundraising committees in high school and believed that I could learn the necessary skills to successful produce the show. A good friend of mine and I decided to co-produce and co-music direct the production…and the rest is history. I discovered through this experience how much I enjoyed the producing side of the production and have never looked back.

How did you get involved with Maddie’s Karaoke Birthday Party?
The concept for Maddie’s Karaoke Birthday Party came to me initially when I was looking for a way to create a non-traditional show to bring numerous star singer/actors together in one production. I had recently attended a friend’s birthday party at the Monarch Tavern where they were doing karaoke and thought that there was potential to turn that experience into an immersive show. I believed that the audience could be guests/friends of the birthday person and that the story could be told through songs from all locations in the venue. I believed that there was great potential to raise the stakes, tensions and conflicts within the characters and have all of this come to a head in front of the guests at the party.

Tell us about working with the show’s writers Byron Laviolette, Barbara Johnston and Suzy Wilde.
The creative experience for Maddie’s Karaoke Birthday Party was very intense as many elements had to come together in order to create and achieve our goals. Writing a musical is a challenging process on its own, but in our case, we had the additional pressures of making this show work in a site-specific venue, in an immersive way, and with many technical elements (karaoke tracks, karaoke lyric slides, DJ/party lighting, Instagram feed). It was a lot to do in the short rehearsal period that we had and everyone involved in the production went above and beyond and contributed in incredible ways to bring this show to life. It was an absolute pleasure working with Byron, Barbara and Suzy on this show and watching them work with the cast in the development of this exciting new work.

What is the biggest aspect of producing that audience members might not be aware of or artists take for granted?
I have been extremely fortunate in my career to work with amazing artists who have always respected the producing work that I do, and I have always felt their gratitude and appreciation – so I don’t really feel that artists have taken for granted the work that producers do. In terms of aspects of the job that audiences may not be aware of, I think that audiences don’t necessarily realize just how many moving parts producers are coordinating and the many, many creative ways that producers solve challengers and ‘fires’ that come up throughout the process of putting on a show.

What were some of the biggest challenges of doing an immersive site-specific musical for Fringe?
I spoke about some of these earlier, but I think that in any immersive show, you have additional elements that you don’t have in a traditional show. So, you’re trying to do all of the development processes you normally do but now the interdisciplinary aspect of the show becomes more intricate. Because we were showing the Instagram hashtag feed on the same projection screen as the karaoke lyrics, we had to hook up a remote-controlled switch in order to switch the source for the screen (laptop versus Insta feed) many times throughout the show, so this was definitely one of the larger technical hurdles to overcome. However, I’d easily say that the revisions to the script/music taking place throughout the rehearsal process was easily the biggest challenge…but I think this is the case on all first-time productions.

Did you have a favourite moment in the production?
There are too many wonderful moments to pick one (I know this may sound like I’m chickening out). We were blessed with a wonderful 7-member cast and I have favourite moments where each of them shined and gave me goosebumps.

Tell us about your company Angelwalk Theatre and its founding principles.
Angelwalk Theatre is a not-for-profit professional theatre company founded in 2009, which is dedicated to producing musical theatre and providing opportunities for both emerging and established Canadian theatre professionals. The company has produced 17 musicals and has been nominated for 11 Dora Mavor Moore Awards and produces every show with a team of committed Canadian theatre professionals at all levels of the production – performers, directors, designers, technicians and production staff. In addition, Angelwalk Theatre provides numerous opportunities for young artists and has consistently employs students at both the high school and university level through internships and coop positions. Select credits include the world premiere of Off-Broadway On Stage; the Canadian premieres of Stars of David, Ordinary Days, and I Love You Because; and the Toronto premieres of Altar Boyz and [title of show].

When you’re taking on a new producing project, what makes a show stand out to you?
If I’m looking at the show just based on its artistic merits, it’s difficult to pin down exactly what makes a show stand out because there are so many different reasons and types of shows that stand out to me. However, the one thing that they all have in common is that they move me on an emotional level in some way. If it’s a musical, then the music is intrinsically linked to how I respond emotionally, but in every case that I’ve said “I need to produce this show” or “I need to be involved in this show”, it’s because the show has overwhelmingly made me feel this way and because it’s been an ‘easy’ and ‘straightforward’ choice to take on the show/project. Every time that I’ve tried to convince myself to do a show, or had to think about it before committing, it’s been the wrong choice. Looking at producing shows and getting involved in projects from another angle, I am continually motivated and excited to get involved with shows and projects where the artists involved inspire me. In many cases, I am choosing to produce shows because I want to work with specific individuals and I am constantly excited and inspired to collaborate with new artists that I haven’t worked with before.

What are you doing now/ what’s your next project?
I am excited to share that I will be producing another three shows this summer at the Toronto Fringe Festival (last year, in addition to Maddie’s Karaoke Birthday Party, I also produced Jay & Shilo’s Sibling Revelry and Bad Date: a cautionary tale). This year’s shows include two shows in FringeKids (The Princess of the Tower and And then, she did… !) and a contemporary dance theatre piece by Pepper Dance Projects.

Do you have anything you’d like to add?
I’d like to take the opportunity to thank MyEntertainmentWorld for nominating us for the award and for all of the amazing work that you do to support the Toronto theatre community. It is an honour to be recognized along with so many other incredible artists and we are excited about celebrating with everyone on April 16th!