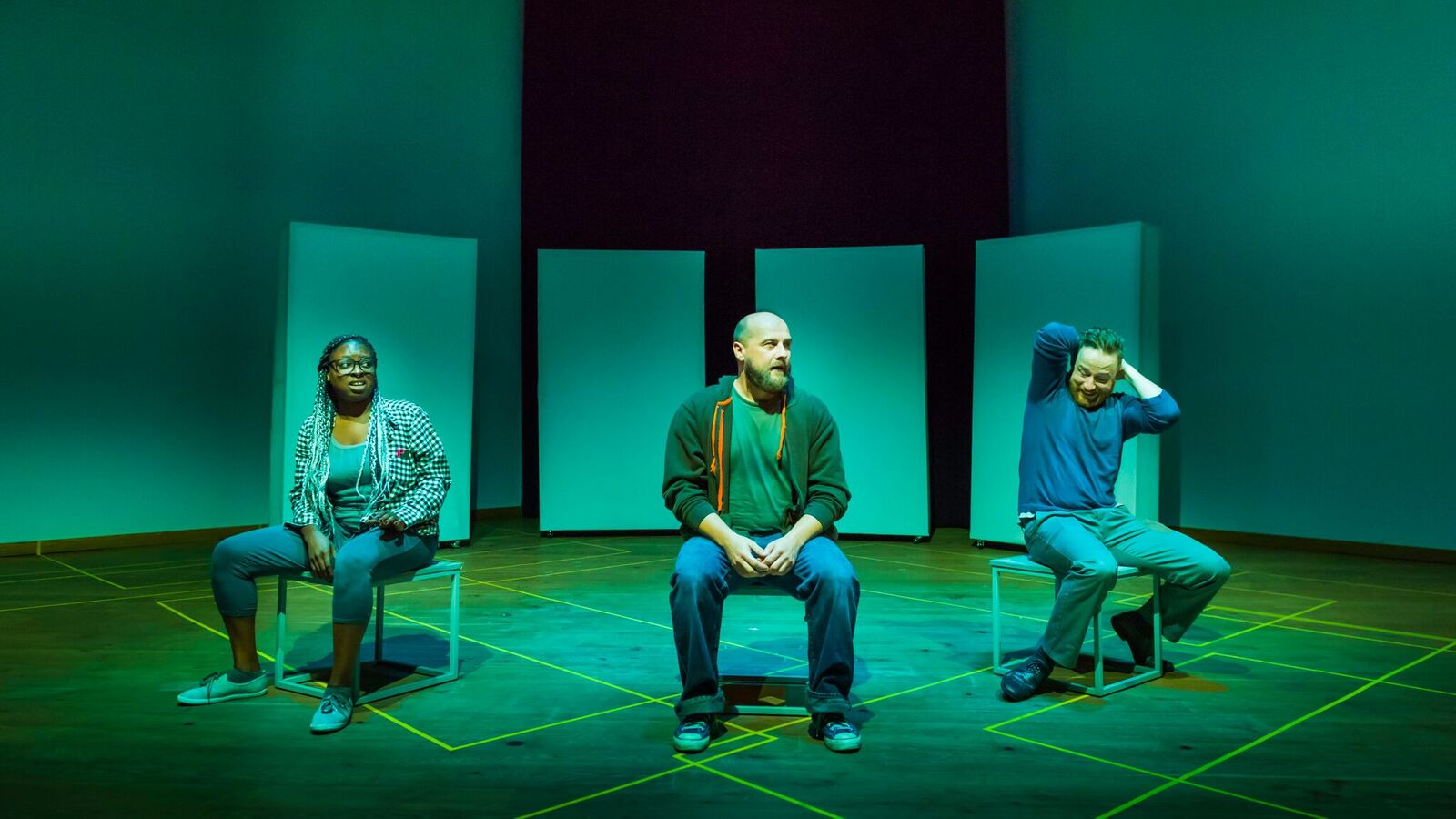 Daniel Pagett’s new play Cloud is about connections both human and technological. The narrative traces two sets of people. First, we encounter Edward (Tim Fitzgerald Walker), his girlfriend Jessica (Khadijah Roberts-Abdullah), and his best friend Geoff (Jonas Widdifield). Edward has had an idea for a new technology- a kind of Matrix that, once you plug into it, immerses you in the memories and feelings and experiences and thoughts of everyone else plugged into the system. He and Jessica have combined their skills to make his idea a reality. Edward’s hope is that through this immersive experience, apathy will no longer be a problem; if we are directly impacted by something happening on the other side of the world, then we will work to bring peace to everyone, everywhere.

In a way, Pagett is exploring social media’s current influence: it allows us to communicate with more people than ever before, but with the good comes the bad when that information becomes so overwhelming that we can no longer make sense of it. The play takes these questions to their logical extreme. Problems of empathy make it difficult to leverage collaborative efforts to eradicate global injustices. Instead of bringing the characters together, it tears them apart. It seems that we need the space between us to have empathy and intimacy in the first place, but then we’re back to the problem of how to bridge those gaps.

This is an interesting premise, and the actors have good chemistry. Both Geoff and Edward have remarkable but credible character shifts, and Widdifield’s nuanced portrayal of Geoff, in particular, I found touching. Alexander Plouffe and G. Kyle Shields as Perry and Tyler move from avoidance to intimacy quickly but realistically. Roberts-Abdullah as Jessica is particularly good, bringing a strong visceral sense of the emotional impact of the technology’s effects on her.

The set and props are minimal but very effective: four panels lit from the inside which help to define the personal spaces, while reverting to a cold and technological backdrop when not in use. The sound and lighting are well-integrated into the storyline, and Pagett’s direction is clear and precise.

And yet, despite the interesting story and the elegant design, I was surprised that overall I was left a bit cold. I suspect that part of the reason is that the narrator – the ‘human’, played by Anand Rajaram – spends a lot of time explaining the theory to the audience, consistently telling without showing. The themes of the story are more than evident, as are the stakes and the fallout, and if Pagett trusts his audience a bit more to understand the ways these manifest in the storyline, if he tries a bit less to bridge the gap between performer and observer with wordy explanation, the audience might be able to better connect with the show.