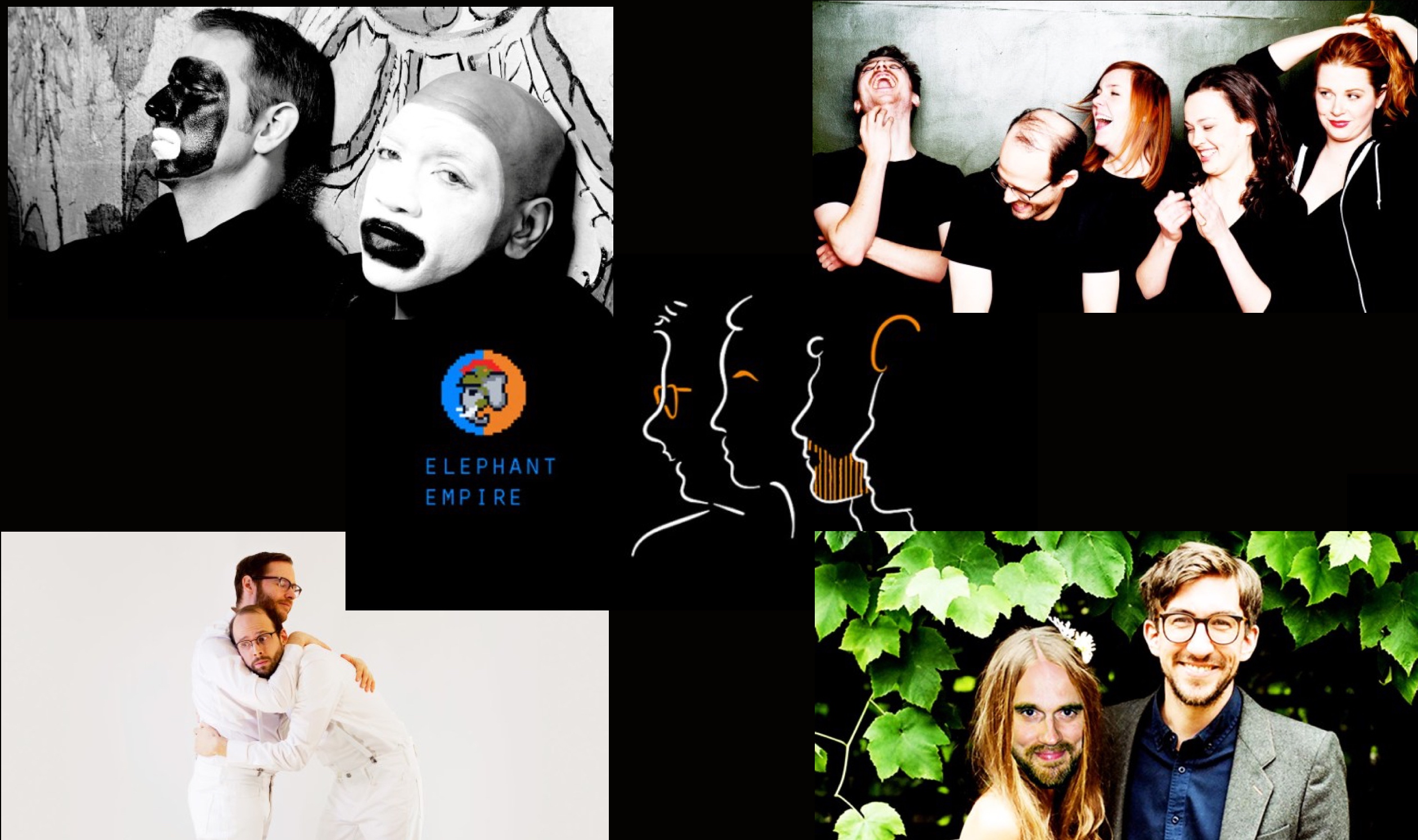 Check out Parts 1 & 2 of our SketchFest coverage.

The Defiant Thomas Brothers
This American duo clearly prides itself on being edgy (just look at that promo shot :s) and they are edgy. I would even say they mostly walk the line successfully of shock factor without toppling over into tastelessness. A street corner version of “Who’s on First” was the highlight of their set at the Toronto Sketch Comedy Festival and a lively little ditty ended the show on a high note with an explanation of why they “don’t talk about jews”. But, at some point, their shock comedy got a little tiresome, their titular defiance a little less impressive when no one was there to tell them they shouldn’t be saying all the things they’re so proud of themselves for daring to say.

Dame Judy Dench
DJD’s SketchFest set was basically their 2016 Fringe show (there may have been one or two new sketches, or I could just have forgotten about a couple of the sketches so they felt new). Tight and well written with highlights including a weird jar obsession, a caveman doing job training, and a particularly insightful bit about a female mass shooter, Everything Else Was Sold Out is more than good enough to see twice. It’s so good it’s nominated for a MyTheatre Award as we speak.

Elephant Empire
This troupe nailed the tricky issue of transitions by essentially having no transitions. All of a sudden they were in the next scene and you just had to be smart enough and trust them enough to go with it. The result was a set that flowed impeccably well despite most of the sketches being a bit too long. Their best was a repetition-based psychology study involving a pit of lava and a whole bunch of manslaughter.

Oops it’s Chris & Cam
Technical glitches plagued Chris Leveille and Cameron Wyllie’s set at SketchFest which blocked a few of their more ambitious ideas and landed them in the middle of the pack. The only real standout of the show was Cam’s excellent monologue as a sad wedding DJ whose karaoke machine only has “Crocodile Rock”.

#1 Very Good Boys
Mark Little and Andrew Bush leaned on their connection, charm and easy stage presence to carry a swift and fun set that didn’t shoot for the moon but still landed pretty close to the top of the heap at SketchFest. An escalating absentee father bit and a meta sketch that questioned whether Mark might have killed their former troupe-mate were the highlights; a pretty stupid scene about the prime minister wanting to have sex with a pig was the childish lowlight.