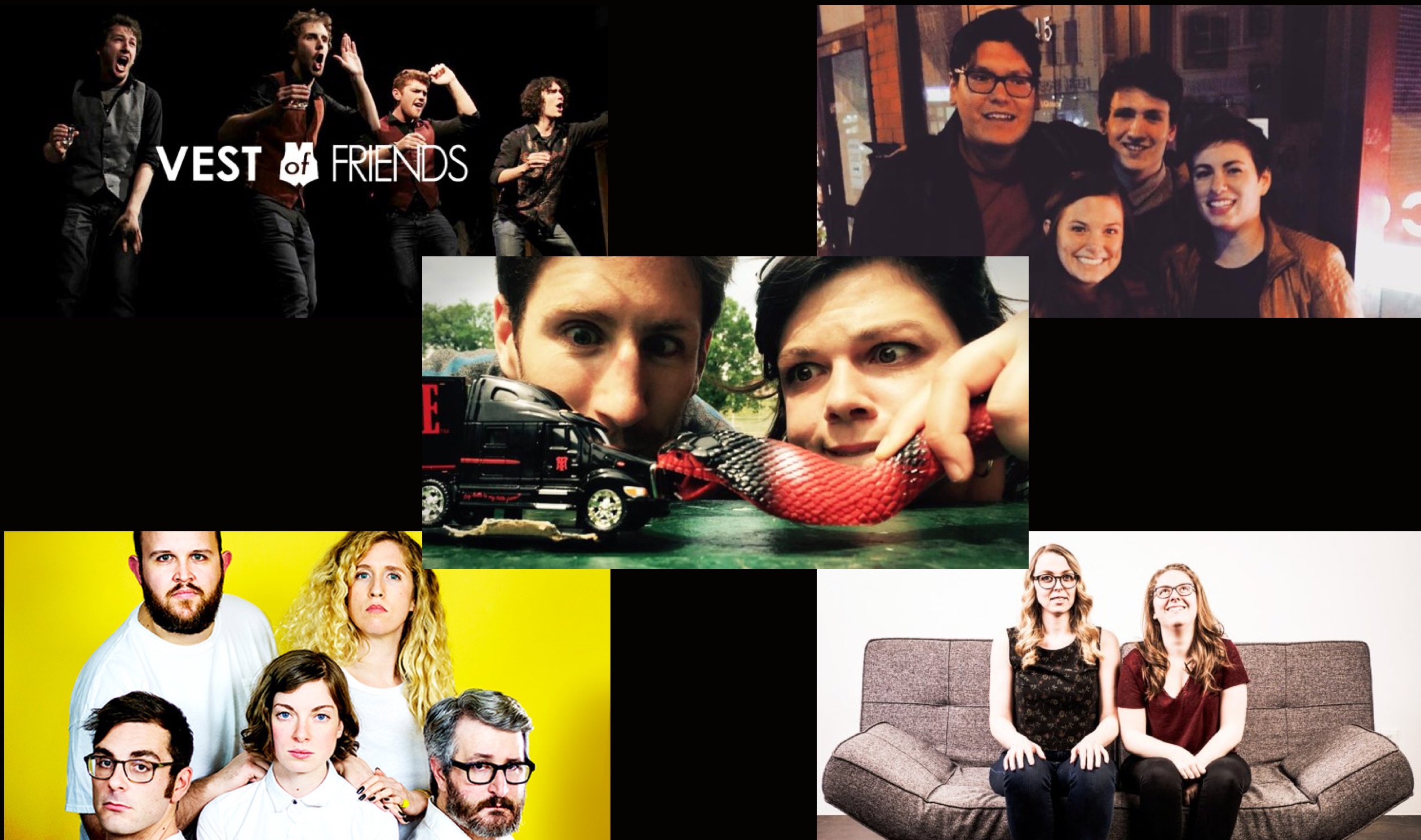 Vest of Friends
A four-guy group in ugly vests, Vest of Friends hit the Toronto Sketch Comedy Festival with a goofy and superficial set full of boyish observational humour- “what’s with the grunt at the end of the Home Improvement theme song?!”- and silly wigs. Their entry into the unofficial “killing one of our troupe members” joke contest (one of four on my first night at the fest) was the least sensical in a fairly nonsensical field.

The Flat Earth
I was all-in on this troupe’s promised “you choose the ending” premise. The sheer ambition of that would have set this set apart. Instead, it blended totally into the crowd once the meta cleverness of *spoiler alert* the premise being “cancelled” wore out. Matthew Schmid got most of the stage time and highlighted the show with clever bits like his life flashing before his eyes in a near-death experience helping him win a radio trivia contest but the central gag of this show was that the program description was more interesting than the show itself. Turns out that gag’s not so funny if it’s true.

A Tribe Called Sketch
This younger group also took a meta approach with recurring fourth wall-busting bits about certain members’ go-to archetypes and a problematic power dynamic that called out the fact that Vance Banzo got way more stage time than anyone else. The concept could be extremely effective but none of the group members have the straight acting chops to sell the meta moments and give the audience that necessary reaction of “wait, is this happening?!” (I know comparing everyone to Peter n’ Chris is annoying but that’s something Peter and Chris do incredibly well). Anna Smith’s clever and surreal plastic bag bit was the most successful part of the show but it was also the least connected to the overall tone. More dramatic commitment to the meta elements and some followthrough on the amusing “Michael is an asshole” throughline and this set could jump up a whole class.

Northwest Passage
In her recent Nominee Interview Series interview, Kat Letwin (half of this duo with Simon McCamus) talks about her favourite type of joke- take the audience as close to crashing as possible then swoop in at the last minute to pull them back to safety. That approach was all over Northwest Passage’s SketchFest set, especially in the most memorable scene that had the audience pretty close to walking out in righteous horror before a big reveal that flipped the premise on its head. The set could be tighter and a few of the sketches quite a bit shorter (specifically the breakup scene, which was the insightful highlight until it just went on too long) but this was a refreshing show that had some thematic focus and actually had something to say about the world.

TwoSon
MyTheatre Award-nominated best friends Devon Henderson and Jackie Twomey had the best chemistry I saw at SketchFest this year. Not everything connects in their fun and relatable set but I really appreciated their willingness to play with form and refreshing lack of apology for their millennial female perspectives (there’s only so much “just one of the boys” nonsense I can take). From the glory/shame spiral that comes with ordering a ton of food just for yourself to the prideful mockery of others’ happiness on Facebook, TwoSon’s set wasn’t the deepest but it might have been the most true.