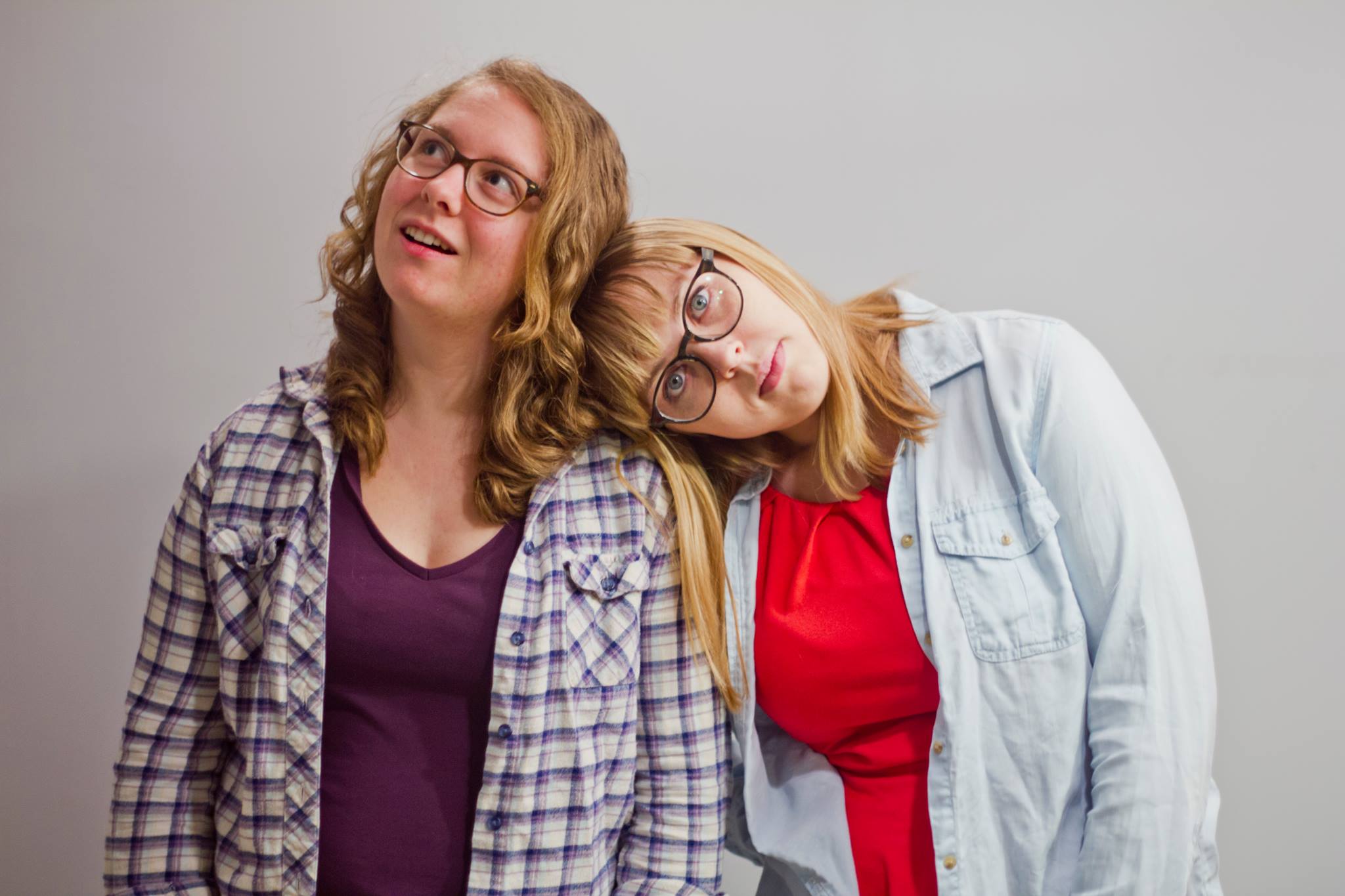 Devon Henderson and Jacqueline Twomey are the Second City-trained pair behind comedy duo “TwoSon” (TWOmey and HenderSON) whose original show The Real Housewives of Murder was one of the funniest productions in last year’s Fringe Festival. We caught up with Devon and Jacqueline and were delighted to learn that they’re “both the Beyonce”.

How did TwoSon get started?
We met halfway through the writing program at the Second City Training Centre. A class assignment paired us together and we realized we really really really liked writing together, so we kept pairing up throughout the program. Before the final show, Jackie suggested that we try performing sketch together. So now we do sketch together. And live together. And are best friends for life.

How’d you land on the name?
Lots of our favourite comedy duos go by their last names: Nichols & May, Abbott & Costello, Dratch & Fey. So TwoSon is a portmanteau of our last names – Twomey and Henderson. Like Bootylicious. Basically, we’re the same as Destiny’s Child. It’s the same thing. Except we’re both Beyonce.

Who are some of your comedy heroes?
Tina Fey. We both started watching SNL in the early 2000s, when she was the head writer and Weekend Update anchor. Both of us are writers first and performers second, so she’s our gold standard. But we’re huge comedy nerds, so there’s also Amy Poehler, Rachel Dratch, Tig Notaro, Andy Kaufman, Mindy Kaling, Key & Peele, Ilana Glazer, Abbi Jacobson, Julia Louis-Dreyfus, Chris Kelly & Sarah Schneider, to name a few.

How do you approach creating new work?
Generally, we start with a small device or observation that interests us and then develop a premise from there. So, for example, we love hip-hop and R & B from the early 2000s because those songs have a ton of preamble before the actual singing starts. We loved the idea of a song that never starts. The sketch ended up being about two rappers being constantly sidetracked by their love of The Good Wife. They keep almost singing, but end up posturing about how good that show is.

Tell us about your nominated Fringe show The Real Housewives of Murder and how it developed.
We went in knowing that we wanted to do a narrative show instead of a straight sketch revue. Both of us want to write for TV, so this was the perfect opportunity to try our hand at something more long form. Mindy Kaling’s Matt & Ben was something we wanted to emulate, so we talked about what kind of characters we would want to play and world we would want to live in for 45 minutes. We eventually landed on Real Housewives because those characters are so gargantuan and would allow us to be big and silly instead of “serious character actors.” Once we had those characters, we talked about what could be the worst/best thing to happen to them, which is how ‘murder’ came about. The Housewives universe is so insane that it didn’t feel like much of a stretch. It also allowed us to write the show almost like a series of sketches that happen to take place with the same characters in one night.

Which Real Housewives shows do you watch faithfully? If any cast member from the franchise were to commit murder, who do you think it would be and who would be their victim and why?
None. Neither of us had actually seen the show until we started writing our play. Only then did we watch a couple episodes from the New York and Orange County chapters. But that being said …

Nene Leakes – she was in a commercial with Kerry Washington and Taraji P. Henson, so we know who she is. And she would kill James Cameron because he’s the worst and everyone knows it.

Do you have a favourite moment in the production?
All the spit-takes were really fun – there were a few moments where we spit and/or threw water at each other’s faces. Coming up with terrible “housewife” catchphrases for our characters was another favourite. Jackie’s character had cool, sexy catchphrases, and Devon’s were things like “money doesn’t grow on trees. Pears do.”

What are you doing now? Plug your upcoming project(s).
TwoSon just finished a run at the Toronto Sketch Comedy Festival, so that’s what we’ve been doing for the last little while. We’re hoping to do some more festivals, and are working towards a sketch revue for later this year. We’ll be around the city doing sketch and improv, as well as polishing our TV pilot. So investors, get at us.

Do you have anything you’d like to add?
Ja Rule. Where is he? What is he doing? Did he evaporate after 2004? Does Ashanti keep him in her garage? We’re very concerned about this.