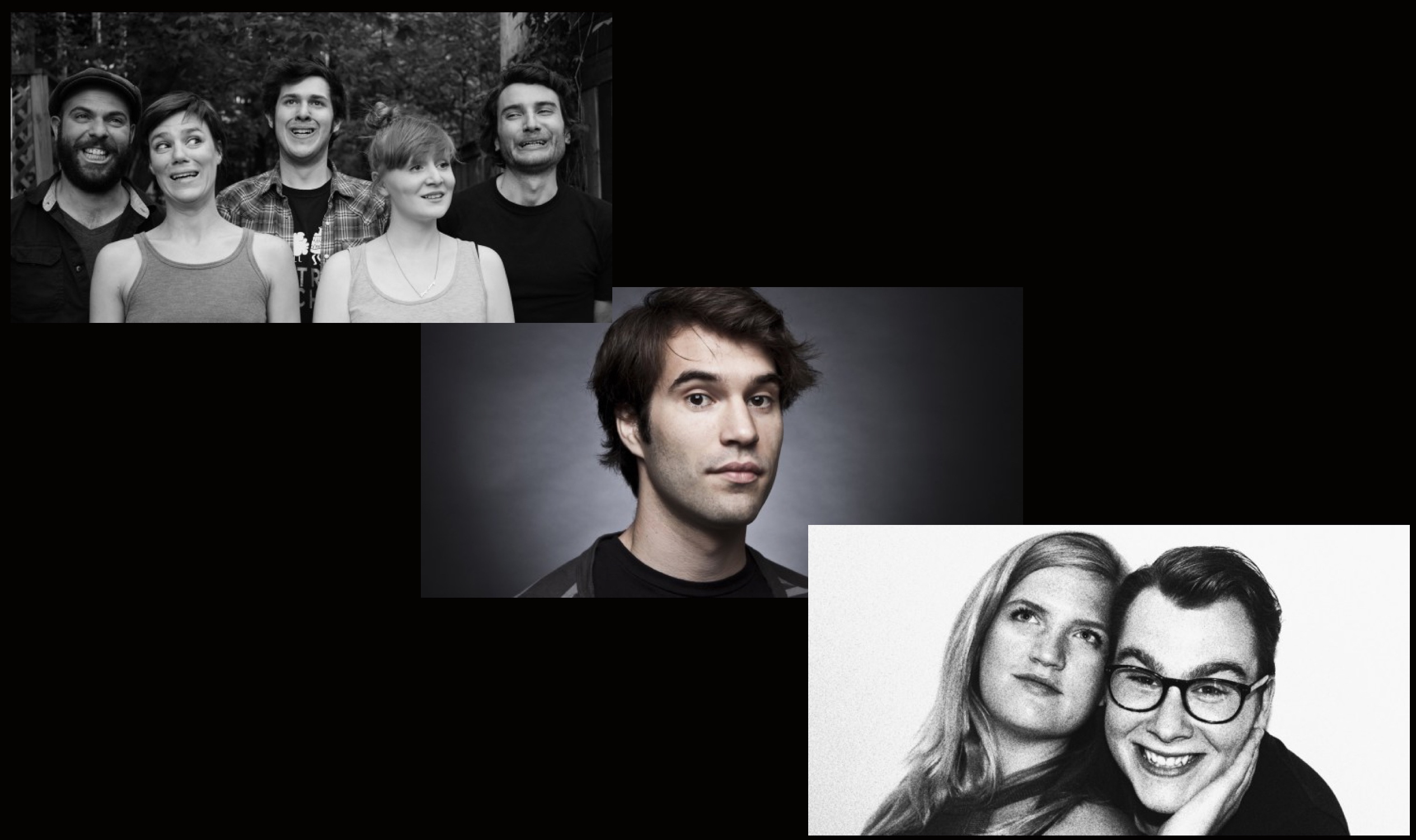 Tom and Erica
It all starts in the darkness, a tiny stage in front of you and the shuffling of a restless audience waiting for the comedian to come on stage. The Toronto Sketch Festival was created 10 years ago with a clear mission: to make Toronto a funnier place to be. As part of Sketchfest, Tom and Erica hit the mark for funny. The chemistry between Tom Hearn and Erica Gellert is like peanut butter and jelly. Sometimes like siblings, with that known-you-forever love-and-hate-you kind of vibe, or like an old married couple, they have found a comfortable groove for their character banter. Almost too comfortable and they need something to shake them up. While the jokes were solid, boundaries weren’t pushed. Their bad date sketch, featuring a woman with a string of bad boyfriends and a lactose intolerant man, bordered on gas lighting social commentary but never crossed the line. Their mid-aged small-town women sketch had a similar issue where it was tapping into the darkness of housewives and looked at lesbianism due to lack of options. But why these phenomena happen was glazed over when the audience could have been pushed into a frenzy of laughter. It isn’t that they were bad, not at all, but there wasn’t anything that stuck in my brain and I always wanted a bit more. But I do give them credit for hitting a special note for me with some fantastic alpaca references.

Hot Raw Fire
Opening with a sketch on the 69-position set the tone for Hot Raw Fire as part of Toronto Sketchfest: ludicrous, absurd and sometimes straight up gross. The material had good diversity, ranging from a spoof of a snooty wine tasting to the trite high school prom experience. A few highlights include a sputtering human wine fountain, with real wine; a hilarious, and artistic, interpretation of a German police chase; and a delightful, yet repulsive, interpretive dance in a fast food drive-thru. The interpretive dance, my favourite and yet the most disturbing, took making a hamburger into almost an erotic experience through their interpretation of modern dance. Execution was vigorous and remained true to their intent and thoroughly engaged the audience. They had innovative use of video, placing a screen on someone’s head to create a new character, but execution was clunky due to technology limitations. A lighter screen with less cords, or perhaps embracing the cords within the character’s physical attributes, would have made the scenario less awkward. While it was a fun and light-hearted show with good laughs, there wasn’t a moment of gut-wrenching, uncontrolled, hope-you-don’t-pee laughter. Also, there should be a warning about their use of food, including a note that the front row is a splash zone. While the Hot Raw Fire show was solid, the amount of food play is not for the faint of heart.

Jon Blair
Until seeing Jon Blair at Sketchfest, I was unaware that there was a void in my life. I now question if you have seen comedy until you have seen his Triple Crown character rap about how much he wants to be a horse. Yes, I’m dead serious. This sketch had the potential to go wrong in so many ways, but Blair dug deep with his off-the-wall, brilliant horse references. During the rap, the audience seemed to be going back and forth between uncontrollable laughter and WTF moments. Sometimes having both at the same time. One of Blair’s strengths is that he doesn’t take the easiest path to make the audience laugh. His end product is witty, unexpected, and smart. He had one sketch that was questioning the creative process of comedians, asking the audience to help prevent bad premises being brought to the stage. Because the ideas were very meta and cerebral, it could have been the premise of a university paper. Except Blair placed the sketch against “Angel”, Sarah McLachlan’s song best known for being part of animal cruelty commercials. Add in the serious, yet-not-serious delivery that Blair seems to have a natural knack for, and you have an audience losing it. Even when Blair runs with ideas that seem bad, like the sketch where he has a relationship with a moth, there is so much sophistication in the jokes that it makes up for what could be perceived as bad judgement.