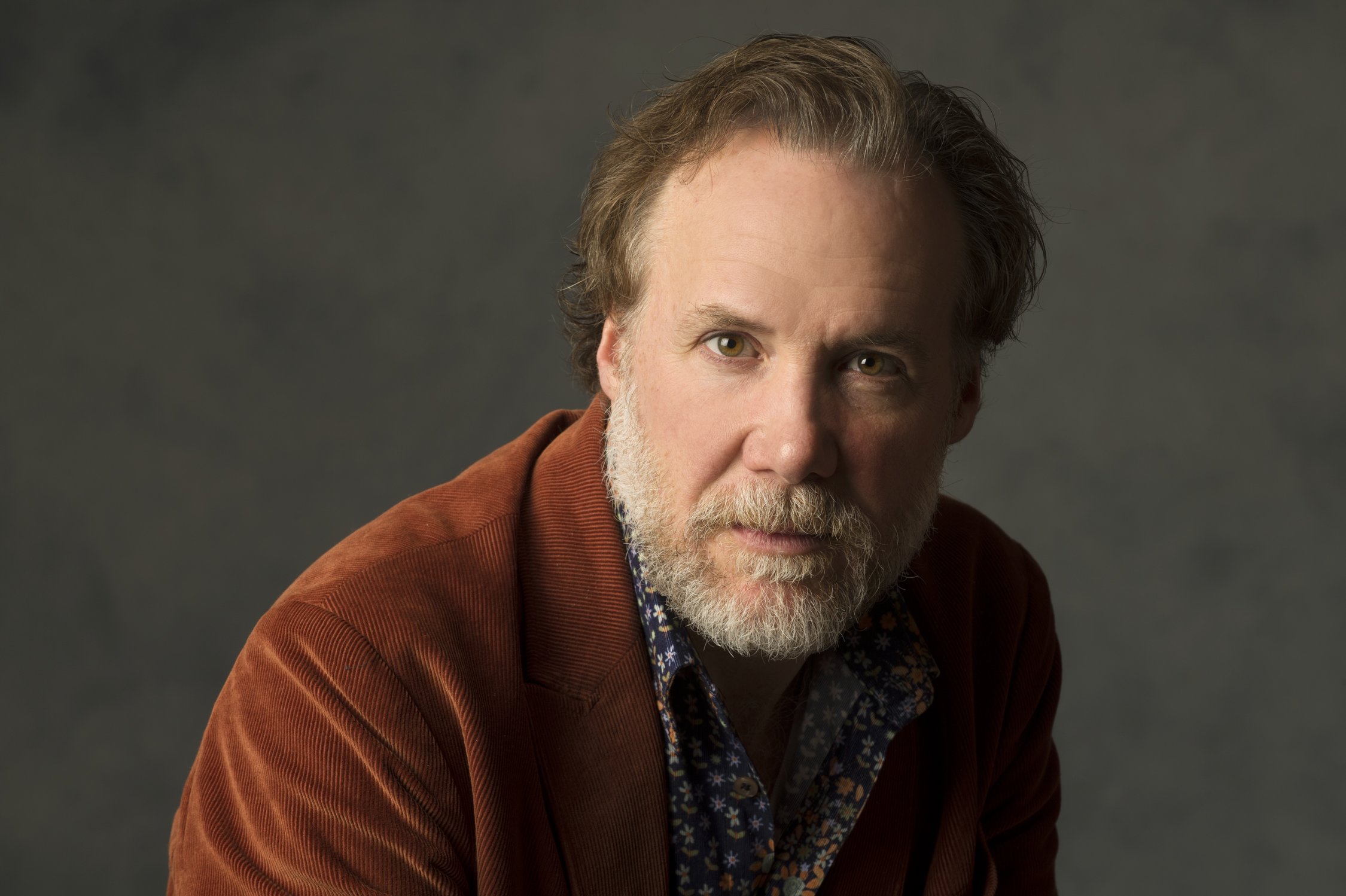 The acting company at The Shaw Festival is second to none because of stalwart all-stars like Patrick McManus. Usually you have to travel to Niagara-on-the-Lake for the privilege of seeing Patrick in productions like 2016’s Outstanding Ensemble-nominated Our Town and Outstanding Production-nominated Uncle Vanya but the Toronto native took a detour back to his hometown last season for a rare appearance at the Tarragon Theatre, earning an Outstanding Supporting Actor nod for his hilarious and human turn in the wonderfully odd Realistic Joneses.

We last interviewed you for the 2015 series. Catch us up on your life since then.
It’s been fast, I guess. Our daughter was 6, now she’s 8, so there’s that. I bought a canoe last year. Maybe that’ll slow things down.

You don’t usually work in Toronto. What attracted you to working on The Realistic Joneses at The Tarragon?
When Richard Rose asked me to do it, I pretty much said yes before I read the play, so I guess I’d start with him being the first attraction. Then I read the play, and that was an immediate attraction. When I found out that Tom Barnett, Jenny Young, and Susan Coyne were going to be in it, that was the next attraction. And the cherry on top was news that Marinda DeBeer was going to be our stage manager. Toronto is where I was born and raised, so a show at The Tarragon and three months of work in my home town was a no-brainer

Will Eno’s dialogue is like a hyper-contemporary deconstruction of everyday speech. Coming from the world of Shaw and the hyper-verbal characters there, was that a difficult style to navigate?
It was great fun to navigate. Will Eno’s dialogue is way closer to Beckett or Pinter than Shaw, but he has a heart not dis-similar to Chekhov. I think he achieves a kind of poetry out of a very economical approach to language that masquerades as mundane.

Your character was suffering from a strange non-existent illness and working hard to hide it. How did you develop your symptoms and find the right balance of how much they show?
Richard was really great about keeping sure that I was playing the action of the text, and not the disease. That said, the nice thing about the play is that the disease is an invented disorder, so we could invent whatever we wanted.

How does Richard Rose’s process compare to other directors you’ve worked with?
I’ve worked with Richard a few times over the last twenty years and he’s someone who has developed, maintained, and refined an aesthetic rooted in text and action. At the same time, he continues to adapt and allow room for growth as a creator of theatre. There are not many folks who have had their hands in directing as many plays as Richard has over the years.

Susan Coyne is also nominated for her role. Tell us about working with her.
Yeah, she’s a fantastic lady. We worked together a number of years ago, and I’ve always been a great admirer of her ability to draw an audience to her. She has a stillness, simplicity, and poise that is powerful and vulnerable at the same time.

You were also in the Outstanding Production-nominated Uncle Vanya at Shaw. How has Astrov been reshaped first by Annie Baker’s adaptation then by your interpretation?
Hard to say, because hers is now the version I’ll always reference in my mind. We all loved the adaptation straight out of the gate. It was easily speakable, in a way that many translation/adaptations aren’t. The language was contemporary and true to the play as I had known it. And lean. What I love about Chekov is that his plays are peopled with these failures who (a hundred years later) still manage to remind us of who we are, and people we know. And they make us laugh.

Uncle Vanya was one of the final productions directed by the outgoing Artistic Director. What are some of the biggest things you’ll take away from Jackie Maxwell’s tenure and your work with her?
Well, I got a wife and an eight year old daughter out of Jackie’s tenure, so there’s that. She directed me twice; St Joan in my first season and Vanya in her last season, two highlights of my time at Shaw. She was always game for a discussion about the work, the room was always engaged, and her door was always open if you had something you needed to say. Not to mention all the work she provided to women in Canadian Theatre. She was way ahead of the curve on that front. She always felt like a colleague, not a boss.

Do you have a favourite moment from Uncle Vanya?
No. There was a lot about it I loved.

What are you up to this season?
This season I’m In Madness of George III, and An Octoroon.

What can we expect from the Shaw Festival under its new Artistic Directorship?
Well, some of what we can expect is evident in the programming. The acting company has become much more culturally diverse. We have a number of new directors. And Tim Carroll is interested in what he calls a “two-way theatre”. We’ve had open rehearsals for all our productions. He’s interested in (for me) a new approach to text, and a collaborative relationship with the audience. There are secret theatre events that are being concocted, and I think he’s looking to expand the audience’s involvement beyond the experience of watching a play.