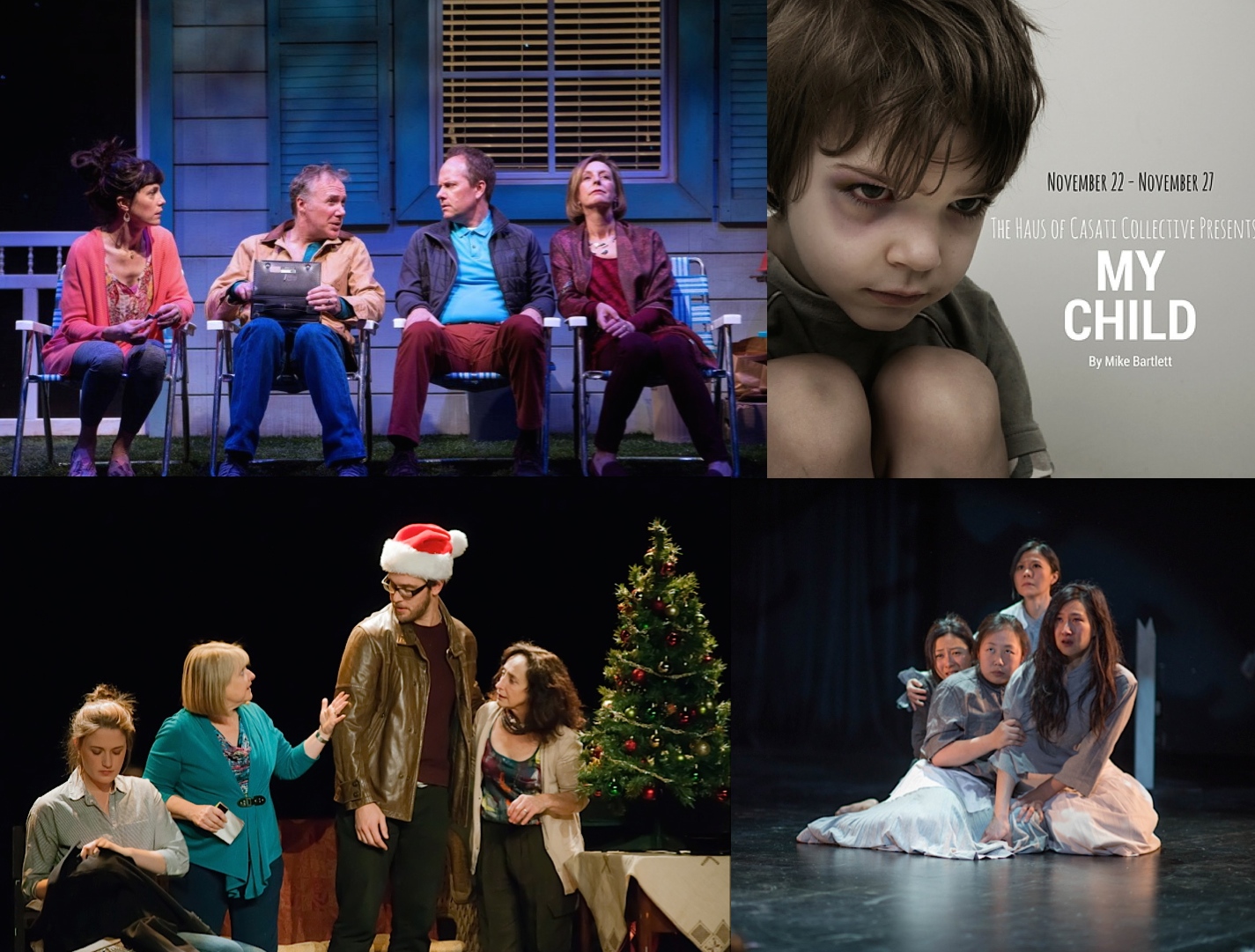 On Stage in TO: The End of November

The busiest non-Fringe theatre month of the year is finally over and we’ve got 30+ more reviews under our belt. As we welcome in the holiday season and start turning our attention to best-of lists and award nominations, here’s the final set of reviews of this year’s massive november crop.

Comfort (Red Snow Collective)
Diana Tso’s second story about World War II in Asia is a tender and tragic drama about lovers brought together by art (namely their love of Chinese opera as embodied by Vania Chan) and separated by brutality. Li Dan Feng (Vicki Kim) runs away from home rather than be forced to marry a man she doesn’t love and is picked up by the Japanese Army who forces her into sexual slavery as a “comfort woman”. Oliver Koomsatira gives the play its magical touch with incredible acrobatics as a bird sidekick to our romantic hero (Jeff Yung) then a beautiful monologue as the moon. An incredibly impactful Timothy Ng counters him as the embodiment of grave reality in an insightfully paired role as the men who abuse their authority to strip Dan Feng of her power- her father and a frighteningly nameless officer. The acting is somewhat stilted throughout the first act but the whole ensemble really shines in the darker second half, especially Phoebe Hu who delivers the piece’s most captivating moment with a monologue detailing how to make an onion pancake. Live music (composed by Constantine Caravassilis) and a beautiful lighting design (Rebecca Picherack) elevate the production, a stiffly told but definitively emotional story.

My Child (Haus of Casati Collective)
This production ran in a tiny space (the Hub Café) for only six performances. That’s not even close to enough. One of the most expertly executed and emotionally involving pieces of indie theatre all year, My Child already has me aching for a remount, if only so I have more than two days to shout “Go See My Child!” at everyone I meet. Under the bold and sure-footed direction of Jeannette Lambermont-Morey, Mike Bartlett’s 50-minute play about estranged parents fighting for the loyalty of their kid (Kaitlin Morrow in yet another exquisite puppet performance) really moves. And I mean that in every sense of the word “moves”- it rollicks along at a thrilling pace, everyone is in near-constant motion (cleverly filling the unconventional space and cleanly facilitating precise transitions), and it’s impossible to come away from the production unmoved by its moral complexity and laid-bare humanity. Adam Cunningham and Gabriella Colavecchio deliver grounded, empathetic performances as the warring parents and Michael Dufays executes his own choreography in the most brutal scene of stage violence I’ve seen all year. I’m sorry I saw this production too late in its run to write about it before closing. I’m sorry you missed it. I hope Haus of Casati Collective brings it back so we have a chance to fix that.

The Realistic Joneses (Tarragon Theatre)
Beautifully acted by a strong quartet of veterans (Tom Barnett, Susan Coyne, Patrick McManus and Jenny Young) with a clever, useful design by Charlotte Dean and thoughtful, simple direction by Richard Rose, this Will Eno one-act about marriage and illness is as hilarious and sweet as it is painful and wonderfully awkward. Coyne and McManus are particularly wonderful as neighbours who find the other gets them in a way their spouse doesn’t quite. The second half moves a bit too slowly and surreal coincidence is juxtaposed with naturalism to only so-so effect but the Joneses are built on such a solid foundation of script and performance that the production is a surefire hit.

Who Killed Spalding Gray? (Canadian Stage)
Written and performed by Daniel MacIvor, this moving and personal 80-minute solo show incorporates audience interview, third person storytelling, autobiographical monologue, mini-dance parties, and a bad Helena Bonham Carter impression. With MacIvor’s affable but biting personality right up front, Who Killed Spalding Gray? is an involving piece that links MacIvor’s life with that of depressed writer/actor Spalding Gray who killed himself in 2004 after seeing the movie Big Fish (starring Bonham Carter). There’s a third thread about a man named Howard that doesn’t quite mesh and the moment when MacIvor reads Robert Cushman’s scathing review of one of his previous shows seems forced in for a laugh (Cushman himself was seated next to me at opening; he shifted a little in his seat at the mention of his name but otherwise remained stone cold like the critical badass I wish I was) but sparse moments of distracting filler aside, the bulk of Spalding Gray is fulfilling.

A Better Place (LilyRose Productions)
Rachel Cairns gives a brilliant performance as an overworked doctor with a needy husband and an ailing mother in this Ramona Baillie play about a woman suffering from ALS. Grounded and sincere, Cairns carries the troubled production with little help from anyone (Ian Ronningen is decently charming as her husband and Ngabo Nabea has a pretty singing voice- that’s all the backup Cairns has). Everything else here is a total mess from the clunky transitions to the community theatre acting to the reductive, plodding script. Keep your eye out for another Cairns project in the future because she’s definitely worth watching but avoid this one if you can.