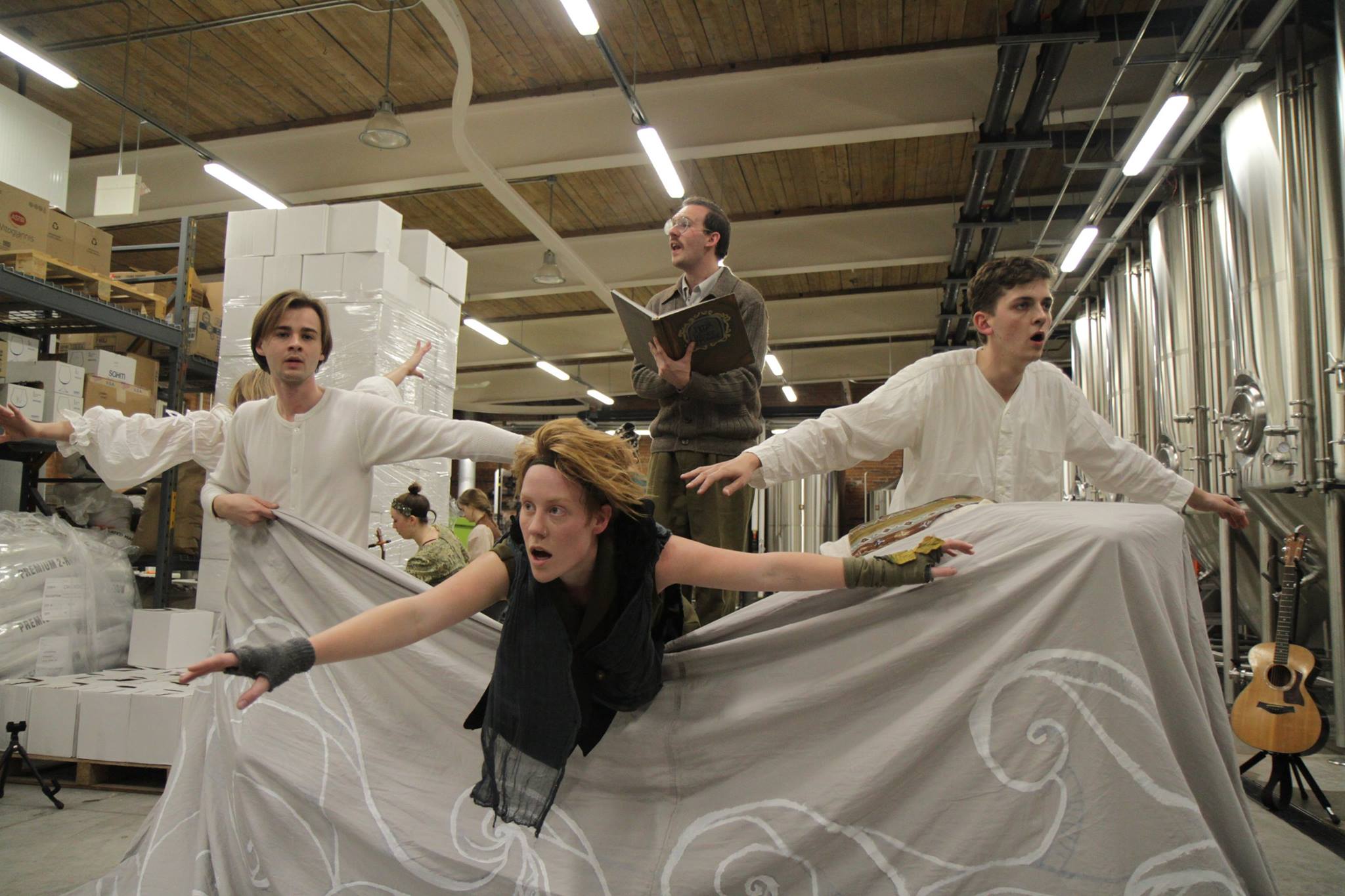 Bad Hats Theatre’s all-new musical adaptation of Peter Pan is brimming with wonder and enthusiasm. Co-adapters Fiona Sauder and Reanne Spitzer have updated the tale to cure a few of its sorrier gender issues and speed up the pace. The excellent ensemble cast is vibrant and goofy without neglecting their characters’ emotional realities. And Landon Doak’s music is a hummable treat. The local breweries that are hosting the touring company are an oddly adult (and terribly noisy) choice but the industrial surroundings help to facilitate maximum imagination, which is key for this bare-bones troupe who make an ocean out of a bed sheet and fight pirates with cardboard.

Most of the cast plays double roles: Mr. Darling is Captain Hook (Graham Conway, a show-stealing blend of hammy, creepy, and fabulously petty), Mrs. Darling is Tinkerbell (Spitzer with inventive help from a glittery bouncy ball), the Lost Boys are Pirates (Jocelyn Adema, Tal Shulman, Dan Volchok and a particularly delightful Matthew Finlan), and there’s wonderful glee in Matt Pilipiak’s voice when his bookish narrator discovers that he gets to participate and declares “I’m Smee!”. The Darling siblings (Lena Maripu, Victor Pokinko, and Landon Doak) bring standout vocals and necessary grounding to the rambunctious proceedings, countered brightly by Sauder’s moody and rebellious turn as the titular troublemaker.

The sightlines aren’t great for the most part but there’s room for kids to sit on the ground at the front where they can eat free popcorn and even join the epic fight at the end. If you take your kids to any theatre this holiday season (and you really don’t have any excuse not to, there’s so much), take them to a brewery where you can drink while they join the Bad Hats troupe in dreaming big and learning to fly.