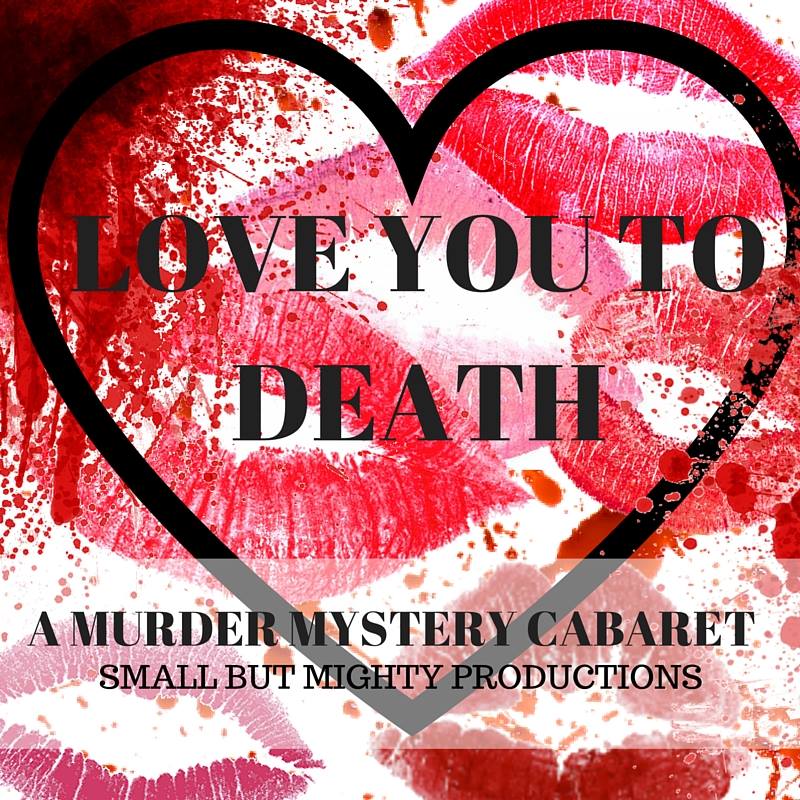 Love You To Death: A Murder Mystery Cabaret

This Small But Mighty Productions musical murder mystery opens with Derek and his 6 lovers – five women and one man – gathered together in his secluded suburban home. They are there by invitation, but no one knows from whom. Derek is attempting to explain himself when he collapses and dies. Two cops arrive and start interrogating suspects, but who could have murdered him? As potential suspects start dying, the search for an answer becomes increasingly critical. Is it his conservative and appalled wife? His timid fiancée? His secret boyfriend?

The characters recount their personal history with Derek, as well as their feelings about him through song and dance. The musical combines both old songs (for example, a version of the “Cell Block Tango” from Chicago with updated lyrics), and new songs (like the “Elephant Love Medley” from Baz Luhrmann’s Moulin Rouge). The actors work well as a unit, and Melly Magrath has used the small stage space well in her direction. The show is full of energy, is a lot of fun, and the audience reacted enthusiastically, offering up energy and applause throughout the show and gushing about it afterwards in the lobby.

The show is fun, certainly, but the concept itself seems kind of stale, despite a tweak of Derek’s having a same-sex lover on the side. The show might have gone more against the grain if it had been five men and one woman as his secret lover, as well as more suitable for a venue like Buddies in Bad Times. As it was, the joke seems to be that Derek is not only a superficial man-child and philanderer, but also a clichéd closet case.

The production itself, while well-designed, also suffers from the common triple-threat problem: the quality of the singing and dancing is good, but the acting itself is pretty mediocre. There are stock movements and faces, pervasive overacting, and all the characters are portrayed within a very narrow emotional range. 2015 MyTheatre Award winner Danik McAfee is one of the best actors in the show, but unfortunately he’s cast in one of the most clichéd roles in the production.

Love You To Death is certainly entertaining, but in order to push the boat out in any way, large sections of the script need to be reconceived.