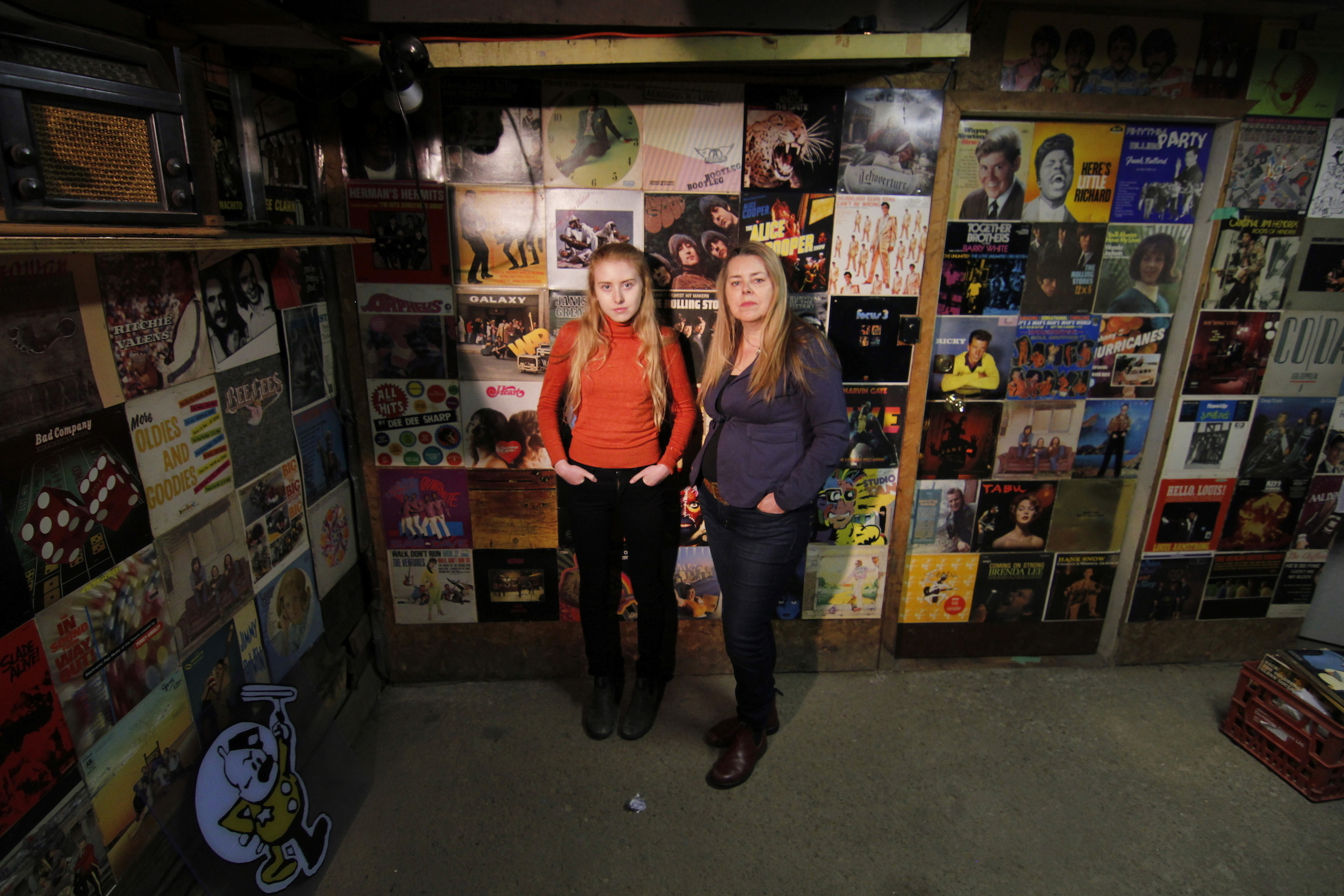 For The Record (A)
It is a sweltering afternoon in the garage of Kops Records. I’m standing and sweating and uncomfortable. It’s my final show of the day and for Toronto Fringe and I just want to be in the beer tent already. The roller door is shut, I can’t escape and it gets even hotter. But the show begins. We see a classic scenario of a mother telling her daughter to turn that infernal racket down. But the roles are reversed, real-life mother and daughter (Shari Hollet & Lucy Earle) switching the expected casting and I am hooked. We’re led further into the air-conditioned record store (phew) and are privy to various true to life scenes from Hollet’s childhood and onwards, a wave of songs, bad boyfriends, room mates and nostalgia drifting through the room and speakers. The performers check in with us every now and again. What are we doing this for? What do we hope to gain from re-visiting and performing these memories? Sometimes the accuracy of what they remember is contrasting, a beautiful exploration of memory and perception. Sometimes I found myself at the back of the pack, straining to hear the dialogue and view what was happening. Sometimes a scene erupted within a metre from me and I could touch the memories being presented if I’d wanted. Such unique and elegant story telling. I was so moved by this production, it is something very special. I’m glad I stayed so I could finish the festival on a high. I will say that if you get tired easily and don’t like the idea of having to move about, this won’t be for you.

Let Me Freeze Your Head (B)
Advertorial turned confession, Let Me Freeze Your Head is a philosophical delve into the ‘what if’ of immortality. In this one man show Neil McArthur argues that living forever will be better for the individual and tries to convince us to sign up to his plan. Nobody wants to be the last human to die, right? I found myself gripped by this show’s premise and well-crafted minimalist staging. Hard to tell the vibe of the rest of the crowd, it was a small house but I was intrigued by this show’s intelligent offering. It may sit better with a younger crowd. The only downfall is McArthur doesn’t experiment much with pace or energy-level & the piece sort of flat-lines. He really nails the character but perhaps some more strength in the physicality could have lifted the production to hold our attention better. I can’t help but think that some sound design could have added to the macabre tone also. I found myself impressed with this quirky show. It is very fringe and worth a look if you’re up for something a little different. I’d keep my eye out for this company in the future.