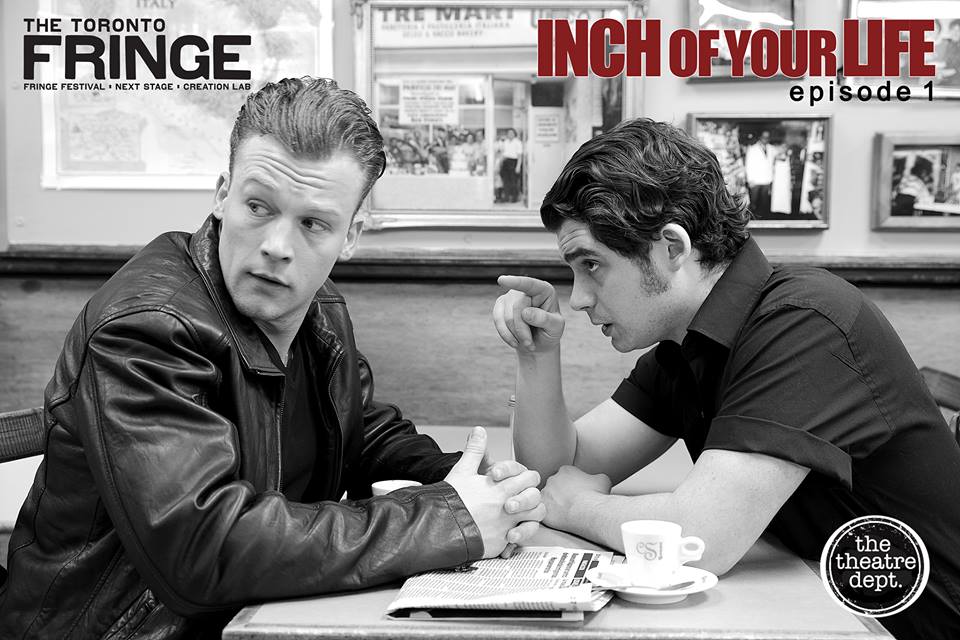 Inch Of Your Life: Part 1 (B)
If you like The Sopranos chances are you’ll enjoy this show. In Inch of your Life we meet some dysfunctional brothers and the intricacies of the relationships between them and their friends and lovers. The writing is clever and we go along with the scenes but this production sits somewhere between a sketch comedy and a play. It definitely has a feeling of being part of something larger (which it is) and may not have the emotional satisfaction or completed story arc as a sole piece of writing.

The performances are exceptional and worth the ticket price. Having a pianist on stage was a delightful touch and i found myself checking in with his smirks and grins throughout but aside from a few clever devices the music didn’t add to the tone of the piece. Overall this slick show had many well-earned laughs, never playing for the cheap gag, but could have done with a little editing.

Gnaw (B-)
Gnaw is a dark and disturbing re-imagining of the Grimm’s fairytale Hansel and Gretel. We find the characters in a domestic setting you definitely would not want to be a part of and is uncomfortably engaging throughout. The cast are very committed but perhaps a little miscast as the family dynamic isn’t thoroughly believable. The set, sound and lighting design contributes significantly to the eerie and nightmare-ish quality to the show. Unfortunately, parts of the plot were lost on me but i enjoyed the other-worldliness of the story. If you like your theatre gothic, visceral and dark see this production.

Waiting For Waiting For Godot (C)
Two quarrelling friends wait endlessly in line to see a production of Waiting for Godot. In this production there is no genuine nod to Samuel Beckett’s prolific play as it rarely opens our eyes to the human condition or anything bigger than the selfish wants of the two main characters. The cast put in a decent effort with some high-energy physical moments but there were times their vocal clarity was lost. For a first time company it is a good effort and they and the audience (who I felt were mostly made up of friends and family) were having a good time. The play touches on some interesting topics of the pervasive role technology plays in our lives but it is quickly left aside. The show ultimately feels like an episode of Disney’s Girl Meets World, which isn’t bad if that’s what you’re into.