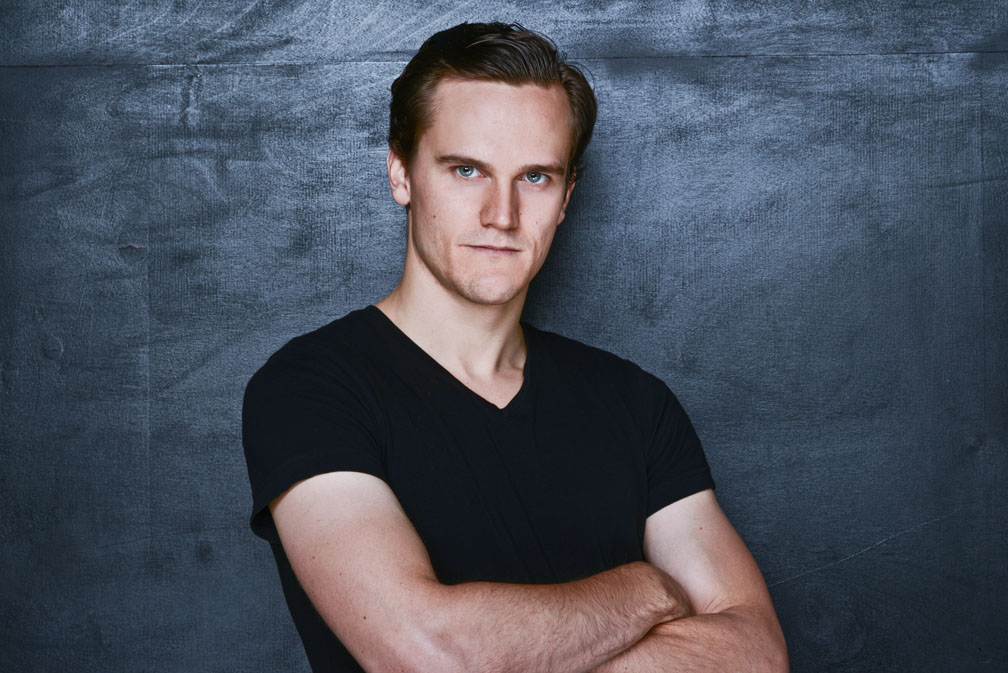 Though he appears regularly in contemporary theatre like Next Stage’s Mockingbird, Studio 180’s NSFW and with his own group The Howland Company, James Graham always shines brightest with Shakespeare, making his 2015 debut with indie stalwart Shakespeare Bash’d a natural pairing.

Can you remember the first theatre production you ever saw?
It was probably A Midsummer Night’s Dream at Stratford in 1997. I was playing Demetrius in a version of the show in 4th grade and, though I couldn’t tell you anything about the production, I remember being totally enthralled by the experience. Even if I wasn’t fully aware at the time, looking back I think the seeds were planted that spring.

Where did you develop as an actor?
It started in high school at Upper Canada College where I had my first opportunity to take on big, ambitious material. It taught me to dream big and, while I can’t say I had any idea what I was doing, it is definitely where my passion for the work began.

After high school, I still wasn’t sure I wanted to act professionally so I applied to a bunch of liberal arts schools and ended up at Northwestern University in Chicago, which was the perfect place for me. It allowed me to follow other interests like history, english, political science while being constantly immersed in the theatre. I didn’t get the strongest in-class training there, but I was always in rehearsals. I did shows with friends, with faculty, with guest directors, big budgets, small budgets, etc. I was given space to cultivate my own artistic voice and learned the value of creating my own opportunities. Though I have had to work hard since graduating to pick up some more of the emotional and technical aspects of this work, that spirit of entrepreneurship has served me very well.

What’s your favourite role you’ve ever played?
I did a production of A Midsummer Night’s Dream (I sense a theme here) in university that was set in 1950s New Orleans and featured an all star cast from my year and above. I played Lysander and, though I may have had more challenging roles since, it was one of those transcendent theatrical experiences that I will never forget.

Do you have a dream part you’d like to play one day?
I would have to say my dream role right now is Edmund in A Long Day’s Journey into Night. It scares me in the best possible way.

Who are some of the artists who’ve had a major influence on you throughout your career so far?
My major influences have always been classical actors because to tackle material like that requires the perfect balance of technique and vulnerability. Growing up, I loved watching Stratford regulars like Christopher Plummer, Colm Feore, and Tom McCamus. They brought those plays to life for me and I will be forever grateful.

You have a lot of experience with Shakespeare. What is it that keeps bringing you back to the bard?
Working on his plays has taught me more about acting (and about being a human being) than any class I’ve ever taken. He always asks me to think bigger, to deep digger, and ask the hardest questions. There is no bigger test for an actor and no bigger gift.

Do you approach his texts differently than you might a contemporary playwright?
I would say the biggest difference comes from the way I engage the language, but the core emotional storytelling is the same. I actually find the verse can become a bit of crutch sometimes that prevents me from being open and vulnerable so it’s important for me to balance the classical work with simpler, more direct material.

How did you get involved with Shakespeare Bash’d?
I was a long time admirer of their work and was lucky enough to get a call from James asking me to join King John. How lucky am I?!

King John is a somewhat obscure play. Does that come with a different set of challenges than, say, Romeo & Juliet or Hamlet?
I think the play’s obscurity is both its greatest strength and weakness. On the one hand, most audiences come in with no preconceived idea of the play and have the joy of being able to experience it anew. A rare opportunity for a Shakespeare play. On the other hand, one of the joys of going to see a well-known play like Hamlet or Romeo & Juliet is that, without having to worry about the plot, you begin to notice the incredible complexities and nuances embedded in those texts. King John is not an easy play to follow and I think productions lose the freedom to make bold interpretative choices because they have to spend so much time making the story as clear as possible. There are some really beautiful ideas explored in the play that can get lost in the intricacies of the plot.

Philip is a fairly enigmatic figure. What were some of his key qualities you focused on in developing your interpretation?
The key for me was tracking Philip’s journey from a young soldier invested in a cause (even if it is a selfish one) to a man broken by the system for which he fought. He believes in the value of war, he believes in King John, the only man who has ever believed in him, and he strives to be a great man like his father, Richard the Lionheart. It doesn’t take long before that idealism is undermined by the political realities around him and he is confronted by the human cost of being a soldier. I read a lot of accounts of American troops fighting in Iraq and found their growing sense of disillusionment and anguish at being pawns in a game of political chess eerily similar. It really broke my heart and, as a result, I ended up in a more tragic story than I had initially anticipated.

Tell us about working with director James Wallis. How did his ideas about the role mesh with your own?
I could not have asked for a better collaborator on this project. Regardless of whether we agreed on how every moment should be played, we shared the same desire to find the most truthful and compelling version of this story. He was always respectful of whatever I brought into room, but quick to challenge me when necessary. He created a space for us all to take risks and whatever courage I found to take on this part I owe entirely to James.

How did the bar setting affect your performance?
It gave me the freedom to simplify. With Shakespeare, I can often find myself wanting to play into the size of the language and emotion at the expense of the story. Part of that is an attempt to control my performance, to “be good” and it becomes selfish and indulgent. From the first run in the space, it [became] abundantly clear what moments I was holding onto and forced me to let go and trust that I knew the play. The feeling was certainly terrifying but immensely liberating. It has definitely informed the way I have approached my work, especially on the classics.

Philip is the one character in King John who has a strong relationship with the audience. Did those interactions ever change the tenor of a scene depending on whom you spoke the lines to and how they reacted?
Absolutely! It is never anything drastic, but the little moments I built with the audience kept the text alive and open to the possibility of surprise. That can be very intimidating, especially if I have an expectation of how they should respond, but I also find that often relaxes me and allows me the freedom to be bolder in other aspects of the play. That said, that relationship definitely takes time to get used to and I feel like I had only begun to scratch the surface of it by the end of our run.

Did you have a favourite moment in the production?
I loved working on those intimate two person scenes in the latter half of the play. There is nothing more satisfying than connecting to your scene partner and just letting it rip, especially when you’re playing off actors like Lesley [Robertson, King John] and Dave [Ross, Hubert]. Every night revealed something new.

You’re one of the founding members of the Howland Company. Tell us about the company’s formation and mandate and what you have in the works.
The Howland Company was founded in the spring of 2013 by Ruth Goodwin, Paolo Santalucia, and myself. Our goal was to build an ensemble that could train and make work together, but also to be active contributors to the important conversations happening within the theatre community. We were soon joined by a group of incredibly talented artists and we have continued to grow from there. Our interest is in telling stories about young people, stories we felt like we could speak to with some truth. Every month, we host a Reading Group where actors can come and read a play with us. We are also currently the RBC Emerging Company-in-Residence at Canadian Stage where we are developing a number of projects we are very excited about. Stay tuned!

What else are you up to now/next?
In addition to my Howland Company responsibilities, I will be producing and performing in The Glass Menagerie this August in the Theatre Centre Incubator space, directed by Phil Mckee and also featuring Hannah Spear. It is a project I’ve had in the works for quite some time and I am very excited to finally be putting it out into the world.