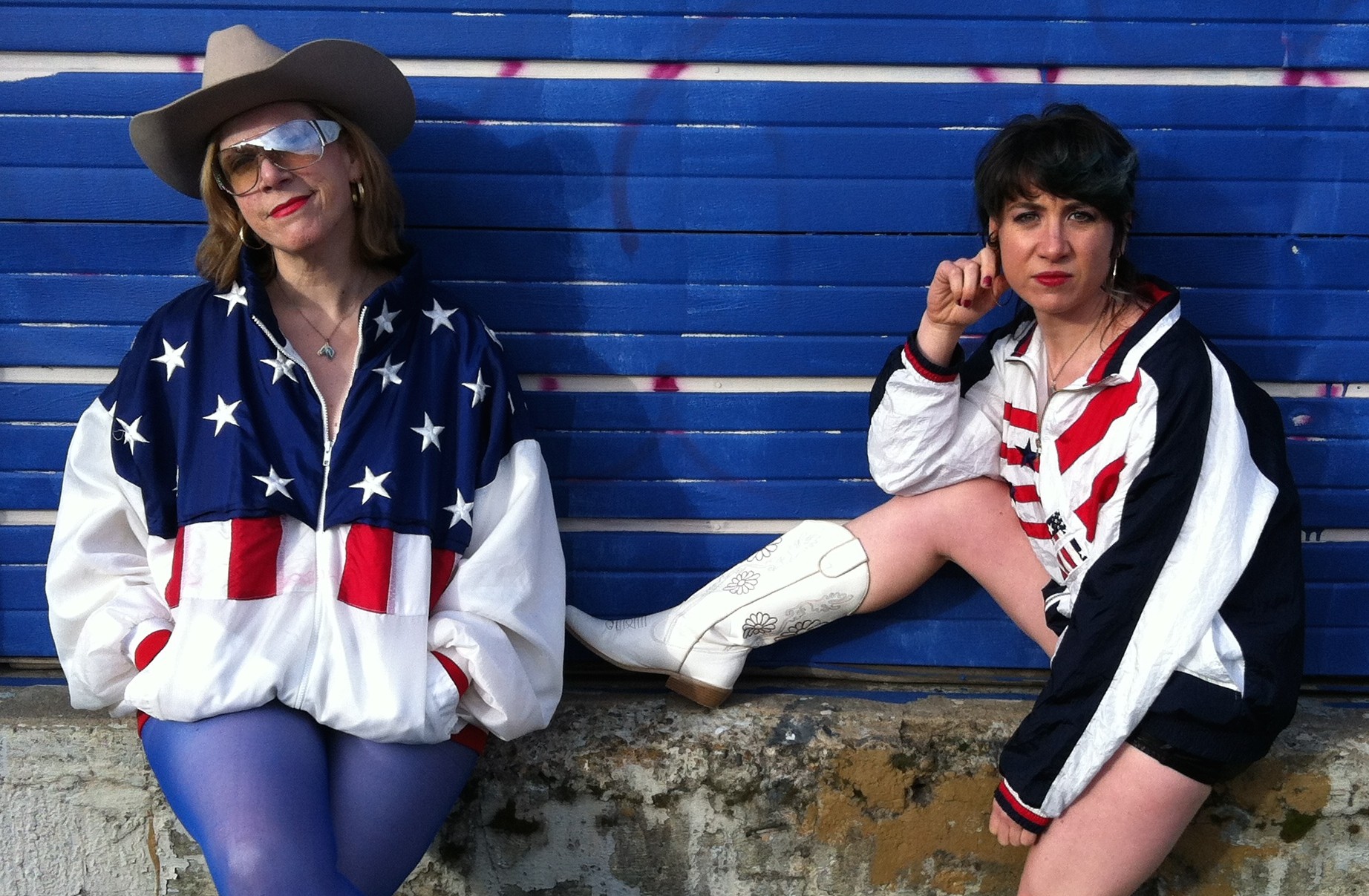 The Famous Haydell Sisters Comeback Tour (A)
Mattie (Donna Kay Yarborough) and Maybelle (Sadie Bowman) captivate us with funny, yet powerful ballads on their comeback tour! It’s more than easy to buy into the tale of these country stars who knock our socks off as they depict their rise to fame, their downfall, and eventual reunion. Their songs are not only authentic, but pitch-perfect too. From tales about lost love to silly brand endorsements including Wrangler jeans, the two have us humming and bouncing in our seats. I find myself asking if these ladies from Portland are actually country stars who arose to fame in the 90s. Speaking to Bowman in the lobby afterwards, it turns out that I wasn’t the only one who thoughts so. In fact, some patrons have excitedly claimed how highly their grandparents spoke of the Haydell Sisters, leaving the ladies with no choice but to play along. Catch them at festivals across the continent this summer, beginning with Winnipeg next!

2 Ruby Knockers, 1 Jaded Dick (A-)
Magic show and murder mystery brilliantly unite here. There is no doubt Australian-American comedian Tim Motley is a skilled entertainer. He succeeds effortlessly in turning us audience members into junior detectives, helping him solve the crime. More directly, Motley involves what seems like a quarter of the audience in this interactive show, slowly unveiling the evidence of a great bank heist, bit by bit, with immaculate timing that never leaves you bored for one second. Early on in the show, we are all asked to write down a unique secret word on paper. These are collected and Motley begins his unique “lesson” on handwriting analysis, summoning up various audience members to join in on his tricks. Evoking various characters and scenarios, he wonderfully occupies every last corner of the stage. The cherry on top is rapid-fire comedy that has the audience roaring. How he carries this whole show on just his own back is beyond me. Magic? Likely

I Love You, Judy Merril (B+)
Jim Smith’s homage to the “mother” of science fiction is a charming piece of theatre. Despite looking at the ground for extended periods of time during the show, Smith is a captivating storyteller. Despite not being an avid reader of science fiction myself, I learnt so much about Judy Merril that I am almost inclined to do some research of my own. Smith weaves beautiful poetic verse discussing his professional collaborations with the writer, with projections depicting their entourage of literary figures, his own literature-filled upbringing in Kingston, and plenty pictures of Merril herself. He clearly thought highly of the women he would eventually take care of before her complete decline. Further, I am intrigued to know a lot more about a genre I usually steer clear of.

Cootie Catcher (B-)
Dan Savage begins the third chapter of American Savage: “Imagine a driver’s-education course that didn’t cover steering. Or brakes. Or turn signals. Or what those red octagons on the tops of those metal sticks near all those intersections are supposed to mean exactly.” He is creating a metaphor for the state of sex education in schools. I love that resident New Yorker Lucas Brooks’ work seeks to bridge that gap. Once again, he succeeds at bringing fresh topics to the forefront of the stage. Like his popular show VGL 5’4” Top in which he discusses the stereotyping of petite guys as bottoms, Cootie Catcher talks about another theatrically under explored issue: STI prevention and dialogue. More than that, though, his play champions sex positivity and better communication when it comes to intimate encounters of a pleasurable nature. He fearlessly recalls a series of personal infection scares. Where Brooks does not succeed is in characterizing the array of partners and nurses he comes across. He rushes through the lines, hardly changing the rhythm to give room for visualization or heightened stakes, seemingly trying to rely on puns to carry the show, and loosing the chance to captivate an otherwise stolid audience. His stories, as always, are rare, fun, and interesting, but would improve immensely with clearer storytelling focus.

One More and the Bill (C+)
Various self-loathing characters meet in a bar to discuss life and regret. While the bar represents a place of comfort, it is also an illusive joint where these lost souls are forced to stop and confront what is bothering them. The Bartender (Stephen Park), a very drunk Charlie (TJ Riley), and a man at odds with his lover (Stephen MacDonald), converse with a depressive actress (Cassidy Sadler), supposedly once destined for fame in Hollywood, as well as, a Bride and Groom (Meghan McNicol & Chris Hapke) who dwell on the disease that can take them at any minute. Their indiscriminate nature could make for a very interesting piece, but I am not sure where the narrative is moving to: no aha moment or great reveal. Is this simply life in a jaded town after incessant drinking? Like a Schitt’s Creek episode without the comedy? Anyone? Maybe, but that alone cannot make for great theatre. Overall, excellent characters played by talented performers, but with a lack of real direction: six characters in search of an author. See what I did there? But I doubt the Pirandellian reference had much to do with the show.