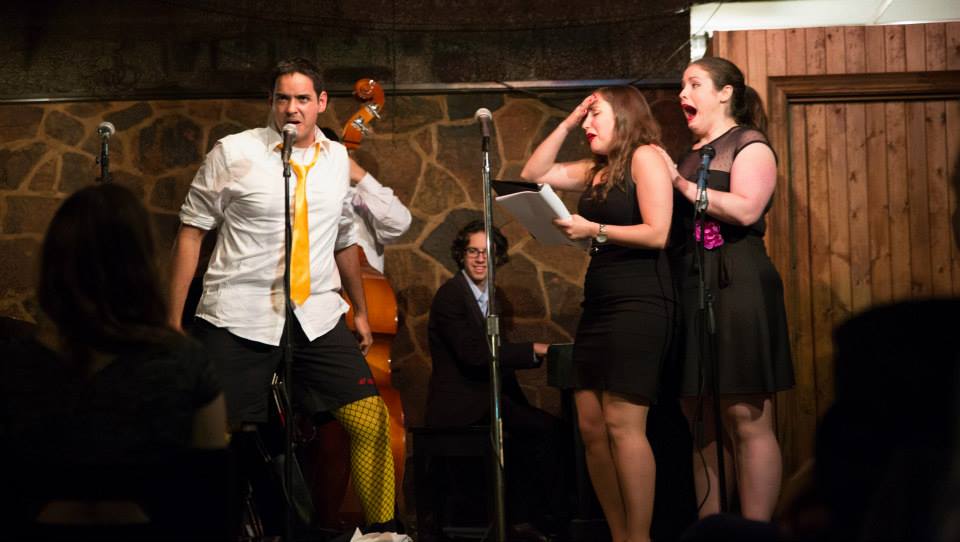 Cawrk Theatrical Productions is back with their first production in five years. Last seen directing and starring in the company’s My Theatre Award-nominated production of The Glass Menagerie, Cawrk founding members Matthew Yipchuck and Cat Bernardi have moved on as artists and become specialists in different fields. For the company’s return to the Toronto stage, they’ve smartly combined those specializations to create something new: Shakespeare in Concert, staged readings of Yipchuck’s carefully cut Shakespeare texts augmented with Bernardi’s arrangements of classic jazz standards.

A few of the song selections in their version of Twelfth Night feel a little bit random (Sir Andrew’s “love song” is sincere and beautifully sung by Matthew Villemaire, which makes very little sense for the character) but some are perfect (Yipchuck’s uproarious “Orange Colored Sky” as a cross-gartered Malvolio). Bernardi as Olivia is the lone cast member to deliver both impressive vocals (at an intelligible decibel level) and a version of her Twelfth Night character that stands on its own outside of the new jazz context but the whole crew at this two-nights-only production brought infectious energy to the annoyingly loud Imperial Pub back room.

More thoughtful song selection and a stronger sense of who needs a microphone (aka most men) and who doesn’t (aka most women) are all that’s really needed for Cawrk to continue successfully combining their disparate artistic skills into a series that could potentially go on to adapt perhaps not a full 38 plays but certainly a few more of the bard’s comedies.