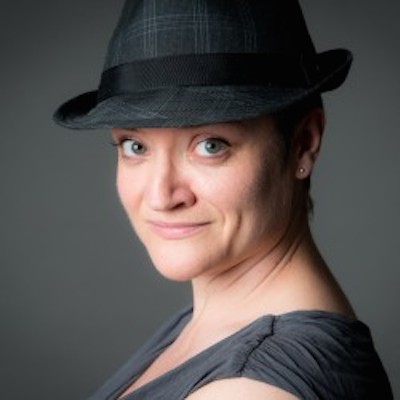 Lost and Found (A)
What a better way to start my fringe binge than Marilla Wex’s Lost and Found. From the first moments of her honest and integral solo show, Wex performs with energy, consistent humour and a smile. I think I wrote down “absolutely charming” twice.  It’s everything you want in a solo show: impressive acting, laugh-out-loud lines, and deeply personal, at-once-heart-wrenching-at-once-heartwarming, disclosures.

Lost and Found is the story of Marilla Wex’s life, from playing mary in the Nativity play, to meeting, and then cheating on, husband #1. We follow Wex as she loses love, finds fathers, and navigates moving across the country, her theatre career, and the friends and lovers she meets on the way. This is one of those solo shows where Wex plays herself, and is aware of the theatre conventions in which she exists. She simply tells us the story—though frequent fringe goers know there’s nothing simple about it. Wex jumps from one accent to the next, talking on the different physicality of friends and partners to great effect. She doesn’t just tell the story, she brings it to life.

What’s most exciting about Lost and Found is that we got lost in the story. The heart of the piece—the huge bursting-with-love-and-wonder heart of Wex herself makes it impossible not to like her, and her story. Wex brought such emotional integrity to her telling, that talking about her stepdad she moved herself to happy tears. By the end of the performance, like a modern day Dorothy who realizes how good it is to be home, Wex stops tyring to be lost, and searching to be found. She stops searching and finds home was there all along. And she brings us with her. And it’s lovely.

Bard Fiction (B)
Shakespearean Pulp Fiction? You had me at go. And yet, while this particularly goofy gem is preaching to the choir for this English/film major, the show had some things to work on. However, if you want a solid laugh and a clever script, I would definitely check out Bard Fiction.

Bard Fiction follows the story (almost line for line) of Quentin Tarantino’s 1994 classic Pulp Fiction. The twist? Bard Fiction is set in the Elizabethan era, complete with Elizabethan English, stage conventions and Elizabethan-inspired costumes. If you haven’t seen the film, I’d skip this one, as many of the jokes are based on having a comfortable knowledge of the film. Lines such as “Does he look like a bitch?” are turned into “Doth he have the semblance of a harlot?” or “Yolanda be cool” becomes “Yolanda, peace! Retain thy cool.” Kudos to the three writer on this bit of fan-fiction, Aaron Greer, Ben Tallen and Brian Watson-Jones; I cannot stress enough how clever and well thought out this script is. Not only do they do an excellent job of translating this contemporary film into ‘thines’ and ‘where-for-art-thous’, but they also write in Shakespearean stage. A messenger tells us of Mia Wallace’s drug overdose, and Butch’s father appears not as a flashback, but as a ghost (with a sidesplitting impression of Christopher Walken). They even sneaks in a few rhyming couplets here and there, as well as some lines from other Shakespeare plays, the most notable being “sweet apothecary, thy drugs are quick” when Mia is revived from her drug overdose.

While certainly an enjoyable performance, there were a few shortcomings in performance. The actors were sloppy with their physicality and the staging in general lacked direction. Too many flailing arms. While Melanie Michaud’s costume design was brilliant, offering a hybrid between Elizabethan garb and the iconic pulp fiction wardrobe (my favourite being the Hawaiian chemise for the Tim Roth character), unneeded high heels were a distraction on stage, and made no sense with some characters. And while the show managed brilliantly to be a plausible Shakespeare play, the ass-fucking scene did not translate well, and seemed out of place with the rest of the show. And, like with any bad Shakespeare performance, the actors spoke too fast, without enough enunciation, so that the clever temporal translation was some times lost. Actors were also bad at pausing to wait for people to stop laughing.

Don’t get me wrong—we were laughing after all. This is definitely a fun show for the Shakespearean/ Tarantino nerd out there. It will not disappoint.

Summer Spectacular (B-)
Summer Spectacular is three different stories, a puppet show and a song. And while this whimsical tale of invention, accessible knowledge and possibilities was sweet, I was only partially moved.

Three guides walked us around the Frankel Lambert Park, telling us, in three parts, three different stories. The first is of Daedalus, who built the labyrinth in Crete that housed the Minator, and fathered Icarus. The second is of Aaron Swartz, the internet genius who worked tirelessly on making knowledge accessible to all, and basically invented the open-source movement until his suicide in Jan 2013. The third is of fictional Cassandra Miller, a scientist attempting to save the environment through her work in the government. All these stories were thematically interested in invention, public knowledge and the power of imagining possibilities. It asks why we all can’t fly a little close to the sun. It questions, gently, why Swartz killed himself, and challenges governmental surveillance and secrecy.

The storytelling was complex and my guide (Sochi Fried) was a strong speaker. The puppets were impressive, and the moments of audience participation were fun. But that about sums it up. While certainly a strong concept, Summer Spectacular was quite a lot of talking for most of the time. The actors had their cumbersome scripts, in case they lost the thread of the weaving, labyrinth-like stories. They also had small props—miniatures of computers, or labyrinths, or cows, or whatever it was they were talking about—that did not enhance the action, or make that much sense, they were just there. Finally the show ended with a puppet show that hammered home the moral: government is evil, and doesn’t want you to know anything. We all sang together at the end (“Life is hard, let’s try to find a way through together”) which was sweet and nice, but that’s about it. While I quite like Small Wooden Shoe, I think Summer Spectacular had some work to do in exploring alternative ways of performing their story. More than this, theirs was a black and white depiction of what could have been a story rife with complexities, contradictions, and challenging politics.  Government=bad, We=good, is not enough to whet my theatrical whistle. And while they’re working on adding complexity, and enhancing their staging, maybe they could memorize their lines.

Sperm Wars (A)
As opposed to Bard Fiction, which was clearly meant for people who have seen pulp fiction, you don’t need to see star wars to bust a gut at Sperm Wars. Vocally, physically and with timing, Jeff Leard is spot on, jumps from Spunk the Y chromosome sperm captain, to Emma, the sweetest egg seamlessly. His use of mime, along with his vocal flexibility and ability to play to the audience, offers a performance as detailed and subtle as it is outrageous and wonderfully bombastic.

But let’s rewind. This is the world of the sperm of the left testicle, who, with every ejaculation,  go into battle to find and attack the egg. In another dimension, the eggs, must sacrifice one of their number to the Fertility Goddess each month. So in this action packed solo show, Leard jumps, rolls, gets hit in the neck by a dart (many times), and even manages to give a blow job to great comedic effect. (On that note, this is the only solo show I’ve seen where the actor was able to eat out the ass of another character (also him), and make it kind of sexy).

If I could have asked for one thing, it would have been for Leard to use the set a little better. In the unique staired venue of the annex theatre, it would have been nice to see a little more action happen on the stairs, or other levels of the space. That said, the show was tight, the writing was clear and clever, and there was even an Admiral Ackbar joke for the Star Wars fans in the crowd. There were also Shakespeare references, and some simply hilarious and clever lines, such as “the vagina is no place for second guesses,” “what if menstruation is just a reminder that we exist,” “Oh Testicles” sung to the tune of Oh Canada, and so, so many more. Highlights included the disclaimer at the end of the show, the long mimed setting up of ejaculation in the testicle headquarters (and the equally lengthy and hilarious tear down), and the small moments when Leard would crack up just a little, and you would see the smile sneaking in at the corners of his mouth. Leard reminds us, with great wit and skill, how funny sex really is.