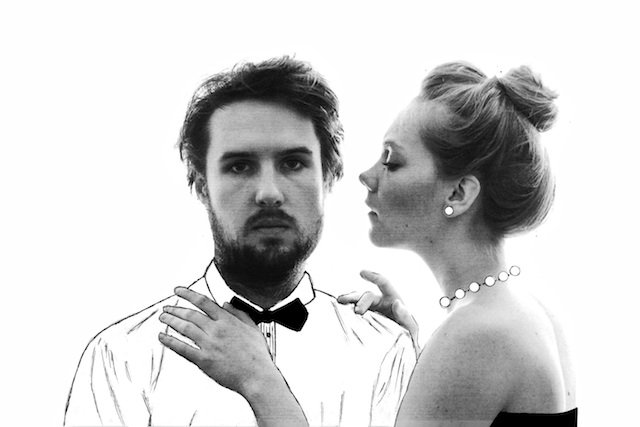 Onwards and upwards I go along the string of shows I encountered at this year’s SummerWorks theatre festival in Toronto. I’m now in the middle section of my crescendo of impressions on the seven different shows I witnessed. I certainly didn’t soft-pedal my thoughts about the plays that impressed the least, as featured in Part 1, so I’ve been looking forward to talking about the ones that inspired a little more than confusion and boredom in me –much more! The following five shows I will feature were most definitely worth the time, many of which took me off guard in a way that good art always should.  The following three shows I will talk about here were indeed exceptional, and the final two I’ll go over in Part 3, I thought, were above-and-beyond. So here go some thoughts on Late Company, Delicacy, and Tender Napalm.

In the festival’s biggest award-winner, Late Company, we watch a microcosm of social attitudes toward parenting, coming-of-age, sexuality, bullying, and moral justice. It’s quite a lot to express over the duration of a single dinner, but the premise of the drama sufficed to an intense, multi-faceted experience. One year after the suicide of a gay teen, his mother and father decide to have the alleged bully and his parents over for dinner. In a perfect world, such an opportunity for communication and closure would provide exactly that, but in the more realistic world that the play attests to, these intentions do not always play out so easily. As their conversation unfolds, we see how even the most well intended and responsible of decisions are able to spiral wildly out of control. Accusations get fired backwards and forwards across the table as the parents try to skirt responsibility under the guise of finding common ground. Frozen by his naivety and remorse, the alleged bully sits motionless as the war of finger pointing wages on. Only the tightest and most careful of scripts could express not only the ground its characters stand on, but also the wider social issues implicated by their attitudes and decisions. In this case, the dialogue is able to expediently do so with uncompromised fairness and nuance. Taking a step back, their duel of emotions reflected a wider duel between emotion and logic. There is something to be said of the specifics of the content as well, given its timeliness with such tragic occurrences on the rise despite wider social acceptance. The hard hitting evening ends ambiguously, leaving audience members to ask themselves how they would have handled it, but more importantly, to consider what closure actually feels like and means. The cast rose to the demanding occasion, especially Rosemary Dunsmore who played the role of the grief stricken mother with intense emotional presence and precise theatrical timing.

Delicacy was another war of emotion played out inside a single room over the course of an evening, yet with a drastically different tone that pertained to the generation in between teenagers and their parents –young professionals, or, yuppies. The social politics played out here were far less serious and consequential. Two couples meet in a trendy, whitewashed modern condo to engage in the risqué activity of swapping mates for a night.  Another idealistic and promising venture meets another downward spiral. The characters waste no time rushing into rapid-fire dialogue in vain attempts to impress one another, each one painfully reminding the audience of archetypal “couple-problems”. Jealousy, pretention, ego –all the smoke and mirrors of young people trying to be as cool and interesting as possible were abundant in their gestures and dialogue. One couple is from out-of-town, the other tightly-wound. Free-spirited and hippy versus the downright prissy. Hilarity ensues… of course. The use of archetypes here, however, was not as painfully redundant as it usually is, given playwright Kat Sandler‘s witty dialogue and clever oscillation between sexual playfulness and guarded personal boundaries. The acting and stage direction was playful here too with whimsical and dynamic delivery. More entertaining than socially poignant, the play would have actually done better with less obvious stereotypes and more unexpected dramatic outcomes.

Tender Napalm, in a change of scene, I would call the trickiest and most artful of the group. I understood it the least and this is perhaps why I liked it the most of these three. The play itself is hard to describe, but it centered on the psychological, and psychedelic, expression of tenderness and memory between a couple who appear to be marooned on a lonely island surrounded by tsunami-like debris.  The uncanniness of the experience was certainly added to by its apt selection of venue –the Theatre Passe Muraille Backspace where audiences are seated in a narrow but long room on steep benches that look downwards on the action. The view is quite unique with black cube-like architecture enclosing down on the actor’s very limited space. Far from being a hindrance, the two actors- – Kyle Purcell and Amelia Sargisson–  utilized the bizarre stage by animating their props in unexpected and playful ways. Without a backdrop of darkness to be filled by our imagination, the dense brick walls that the actors had to perform only inches away from allowed for the audience’s attention to zero-in on the details, weight, and substance of the actors and objects on stage –a surrealistic effect comparable to a rubber glove nailed to a wall beside a marble bust in a Giorgio de Chirico painting. The visual quality of this was so strong that the play seemed to be conceived as a site-specific production, and I wonder whether it would be able to succeed in any other space. At moments I completely lost myself by focusing in on these objects and the strange memories and affects they seemed to be imbued with. Real-life couple Purcell and Sargisson, though each somewhat lost in their own world instead of engaging as an on-stage couple, gave performances as raw and interesting as one would find in any high quality contemporary art museum. The intensity and length of their monologues were laudable, impressive efforts. I may have been too fascinated with the play’s objects and their animation in space, but I think this nearly psychedelic foray into my own mind was perhaps exactly the effect, or should I say ‘affect’, they were after.