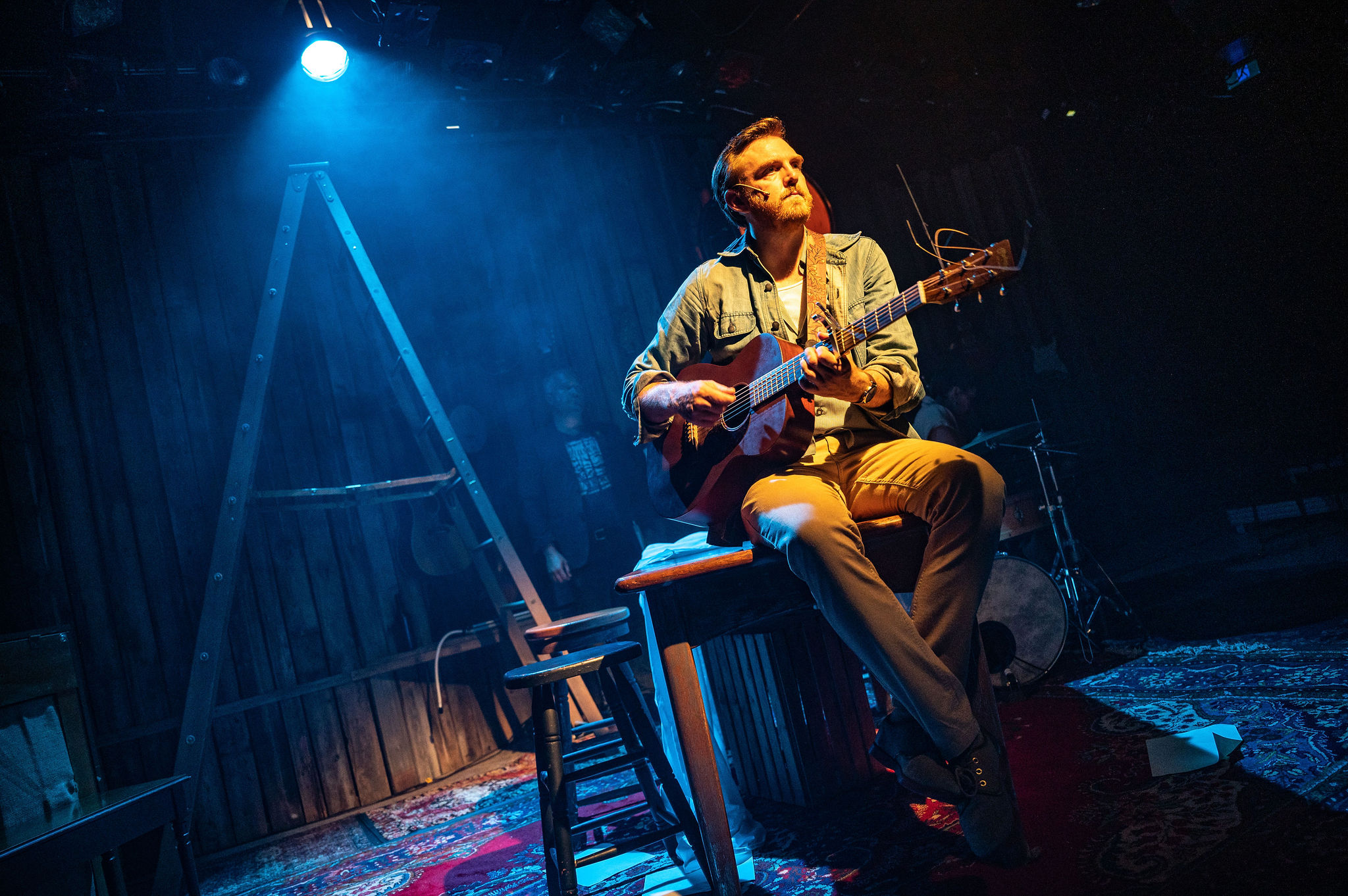 Toronto Theatre Review: The Shape of Home at Crow’s Theatre

A restorative 90 minute tour of the heart by way of a gruff Canadian poet, The Shape of Home is an original narrative concert born in isolation with roots in a familiar form. Joined by fellow multi-instrumentalist super-talents Beau Dixon and Raha Javanfar, it’s thrilling see perennial favourites Frank Cox-O’Connell and Hailey Gillis reunite for what feels very much like an evolution of a musical theatre concept they once helped to perfect at a rightly but still sadly bygone iteration of Soulpepper. The final member of the ensemble, the captivating Andrew Penner, is someone I’ve only ever had the pleasure of seeing perform in said Soulpepper cabarets so The Shape of Home feels in a way like a resurrection of a theatrical experience I thought we might have lost. Devised peak pandemic and presented by a duo of companies both urban (Crows) and rural (Festival Players) that point towards the future of Canadian theatre, this beautiful creation is a memory of the past formed into a celebration of moving forward.

Directed with wit and sensitivity by Cox-O’Connell, the ensemble (with Marni Jackson)-created piece moves swiftly through the life of the titular poet using his poems and letters along with readings of their own creation process emails to tell the dual story of Purdy finding his voice and these artists finding theirs. Purdy’s sturdy, un-rhyming poems make for sometimes tricky lyrics but the company has crafted moving and rousing tunes to give the writing new life. Each performer plays upwards of three musical instruments and sings multi-part harmonies in a remarkable display of cohesive ensemble work and individual versatility. None of the individual songs wormed into my head as vividly as I might have wished but the experience as a whole was a wash of earnest wonder.

The Shape of Home: Songs in Search of Al Purdy is onstage in Crow’s studio theatre for a criminally short run. If you can make it out by Sept 25, do so, not only for the sake of your heart but to show producers that this hyper-specific type of show deserves a place in the current theatrical landscape.