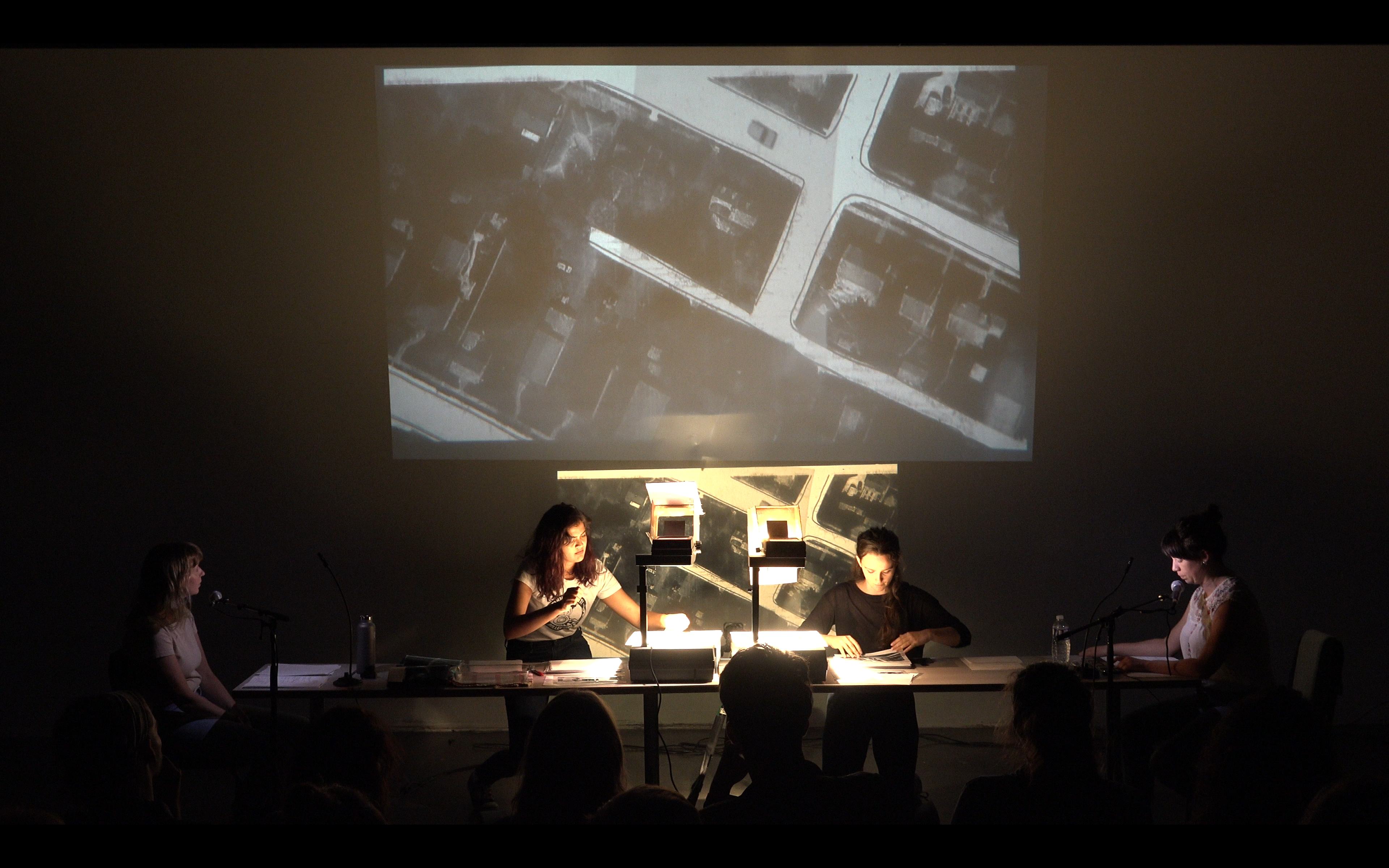 After having some time to digest 1991, I don’t think it would be right to say I enjoyed it. Instead, I will say I was affected by it, moved by it and am haunted by it. 1991, is Cole Lewis’ brutally honest coming of age story. There are many intense subjects that this show deals with that can be triggering for some. Lewis does not shy away from these, quite the opposite, she sheds light on them. There are support resources in the program, should members of the audience require them.

Part of what makes 1991 so intense is how it is staged. There are two tables set up on stage, with two projectors placed where the tables meet. Seated on the left is Lewis, who plays the main character, Nicole; on the right, is Jessica Carmichael, who with the aid of a vocal modifier, plays every other character in the play. In the middle, Mina James and Montserrat Videla, they control the projectors and projections throughout the show. It is almost as if the audience is inside the mind of Nicole and the projectors serve as our eyes into the world of 1991.

The design of the projections by Patrick Blenkarn and Lewis, are edgy and dark. Even when there are lighter moments in the script these are contrasted with the projections, which keep an ominous feeling of danger present. James and Videla work together fluidly while operating their specific projector and placing the projections down. My eye kept on being drawn from the projector screen to where James and Videla stood, moving along the story with a quiet focus. The entire ensemble shares this deep connection, it is because of this that it is difficult to look away, even at the most challenging moments of this piece.

There is very little comfort to be found in 1991. It begins with the aftermath of an assault, murder and dismemberment of a girl Nicole knew, Lucy. There is also only one character that provides a measure of help to Nicole and that is June, a bartender at a bar Nicole frequents often with her father. Nicole stands out as a light amidst this darkness that threatens her from all sides. Lewis plays Nicole with all the energy, vulnerability and innocence of a twelve-year-old girl, which plays perfectly against the plethora of characters that Carmichael voices. Carmichael plays each character with specificity, and humanity. She gives each character depth, which helps to intensify the action of the play.

There are many questions that 1991 ask its audience but it doesn’t provide answers and it is easy to walk away with a feeling of despair. In her director notes, Lewis talks about how 1991 is her attempt to understand the world she grew up in, specifically how that world is, “a world in need of change”. After reflecting on the ending of the show, I think it leaves the audience with hope. Change is possible, but one person can’t do it by themselves. The only way to create a better future, is together.